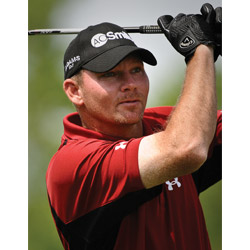 ASHLAND CITY, Tenn. — Former A.O. Smith employee and PGA Tour member Tommy “Two Gloves” Gainey secured his second professional win on Nov. 18 at the Calloway Pebble Beach Invitational. Gainey sunk a 3-foot birdie putt on the 18th hole to clinch the victory. Gainey began his career at the company’s McBee, S.C., manufacturing facility, where he wrapped insulation around water heaters as they were assembled. He realized his dream to become a professional golfer in 2007, leaving A.O. Smith to compete on the Golf Channel’s Big Break II and later Big Break VII. He earned his PGA Tour card in 2008 following a top-25 finish at PGA Q-School.

'Work Seekers' program is a win-win situation for students, contractors

How Are HVAC Trade Schools Handling the Fall 2020 Semester?

Best Practices for the Safe Handling of R-290