Under the administration of Donald J. Trump, employers may be able to anticipate many changes in the regulatory and legal environment. In particular, the National Labor Relations Board (NLRB), which had been very pro-union under the Obama adminstration, may shift its focus.

Are You Responsible for Labor Violations Committed by Companies You Work With?

During the presidential campaign, Trump made maternity leave a signature issue. Now that he is in the White House, Trump appears intent on pushing for paid leave for new parents who don’t receive time off from their employers. 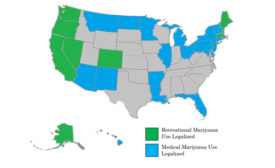 Marijuana in the Workplace

What employers need to know
Richard D. Alaniz
No Comments

What President Trump Means for Labor and Employment

With the election of Donald Trump as the 45th president of the United States, the business community can almost certainly look forward to a new era. Although many of Trump’s policies on labor and employment-related laws and regulations have yet to be fully developed, there are many Obama-era initiatives that could face significant changes under the new Republican administration.

The implications could be very negative for many employers
Richard D. Alaniz
No Comments

In just a few days millions more American workers will be eligible for overtime, thanks to a new U.S. Department of Labor (DOL) rule that takes effect on Dec. 1. And the estimated 4 million workers who become are just the beginning — every three years, the pay levels will automatically update.

Voting and the Workplace

How to stay in compliance with state and federal laws
Richard D. Alaniz
No Comments

Elections often stir up passionate feelings — and that seems to be particularly true this year. As politicians and voters gear up for Tuesday, Nov. 8, employers may not know that their workers have certain rights when it comes to elections, and corporations even have rights of their own.

In the first part of this two-part series, we looked at upcoming regulatory changes that will definitely affect many organizations. Here, we look at court rulings and state laws that promise more expenses, paperwork, and headaches for many more companies.