Synergy members gathered in South Carolina to work on their HVAC business, not in it

On November 6-9 in Charleston, South Carolina, 63 executives and owners from 47 different companies of different regions gathered at Synergy Solution Group’s 2022 Executive Forum, an organization that puts a whole new meaning on “sharing is caring.”

The organization — a network of peers who share a passion for the commercial HVAC industry — fits a unique niche centered on true and honest sharing. Which wouldn’t be possible without the sort of covenant Synergy lives by: members in the organization are never among competitors. 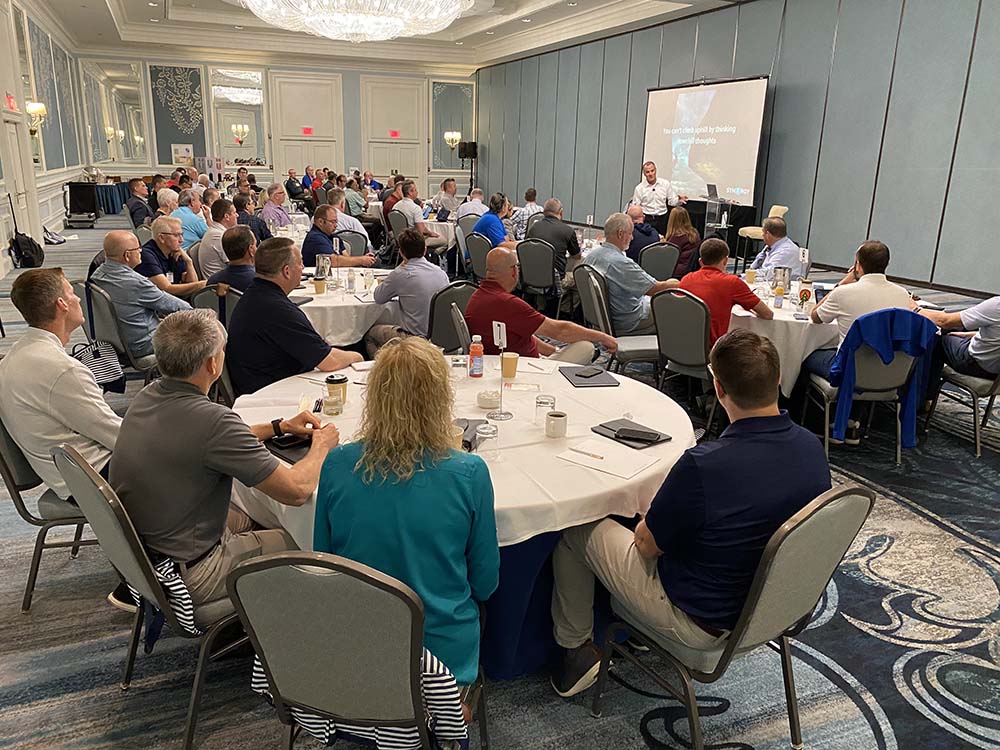 GROWING: Jim Bartolotta speaks to Synergy executives during the meeting during a large group session. (Courtesy of Synergy Solution Group)

“Everyone wants to succeed in their own individual markets, but I think the unique thing about Synergy is they want each other to succeed — they want to share their best ideas and help their friend across the country,” said Allison Rodgers, sales and marketing director at Synergy.

The group has a pretty detailed recruiting process that ends with members being voted in — if they are voted in, that is.

“The key is: Do you believe in sharing what you’ve learned, both good and bad? Are you humble and vulnerable enough to realize you may need new perspectives on how to do something? It’s about the culture. And just bringing together the absolute best people in each geographic area, who want to continue to grow and really care about the industry,” said Julie Bishop, executive director at Synergy.

The executive meeting is different from other Synergy events in that “it gives [executives] an opportunity to work on their business and not in it,” said Rodgers.

The meeting started with introductions from new members, followed by a “Best Idea Challenge.” Members had the opportunity to share an idea they’d implemented within their company from which they’ve seen positive results. Then, 10 ideas were selected to be presented at the meeting and members voted for what they thought the Best Idea was. The winner took home $3,000 and Synergy matched that $3,000 and donated it to a charity of the winner’s choosing.

The challenge was created with a little R&D in mind: rob & duplicate. Members are encouraged to take the ideas presented during the challenge, or anything they learn throughout meetings, and rob & duplicate it into their own businesses.

Brian Hughes of Hughes Environmental Engineering in Mahwah, New Jersey, took home the cash prize for the idea of an experimental incentive program put together to increase both employee retention and gross profit. The “Bonus Day Vacation Program” provided additional incentives to those employees who rarely, if at all, call off or miss a day of work throughout the year. 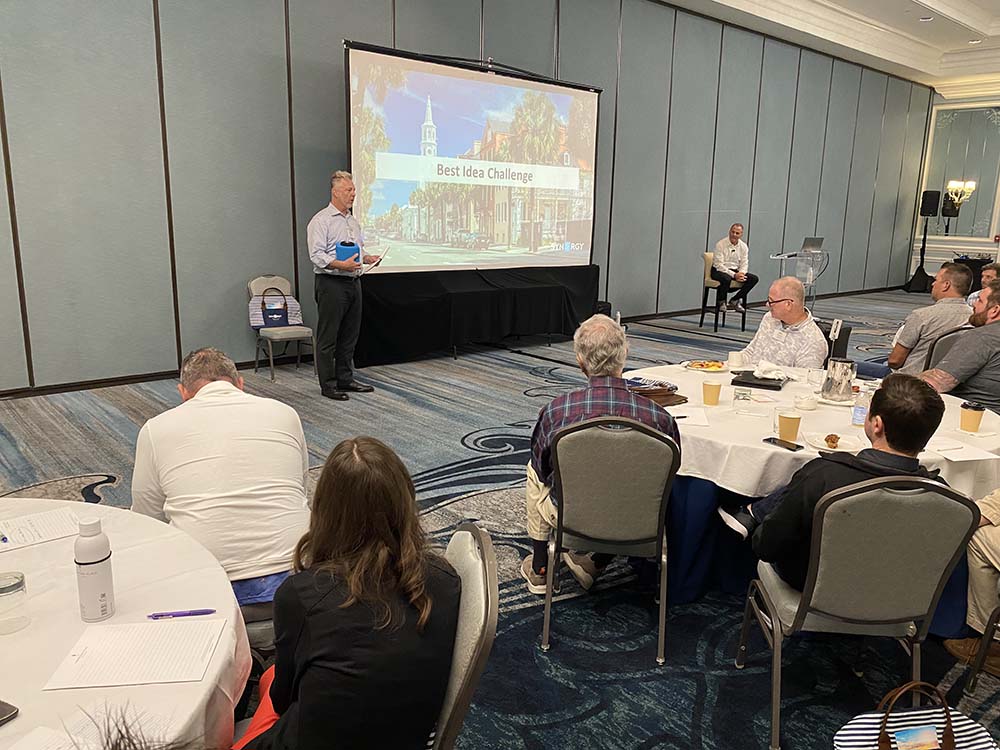 Synergy members also shared some tips on “Recruiting and Developing the Next Generation” during a “Synergy Show Down,” to give members some ideas on how to shake up how they’re currently recruiting and developing talent. Specifically that young, hot-blooded millennial talent.

Lisa Shallet, chief investment officer for wealth management at Morgan Stanley, shared with attendees her current market and economic outlooks, and attendees had the opportunity to ask Shallet questions: insights on the future of the supply chain, what effect the national debt will have moving forward (an increasing concern, Shallet said; belt-tightening will need to be done), what immigration has to do with it, what she foresees happening with big, empty commercial buildings, and more.

Pam DeAngelis, wife to the late Sam DeAngelis, who along with Pam was the owner and operator of Colorado Climate Maintenance in Englewood, Colorado, presented a topic that’s not fun to talk about, but still needs planning: how a company should continue in the event of the owner’s death. 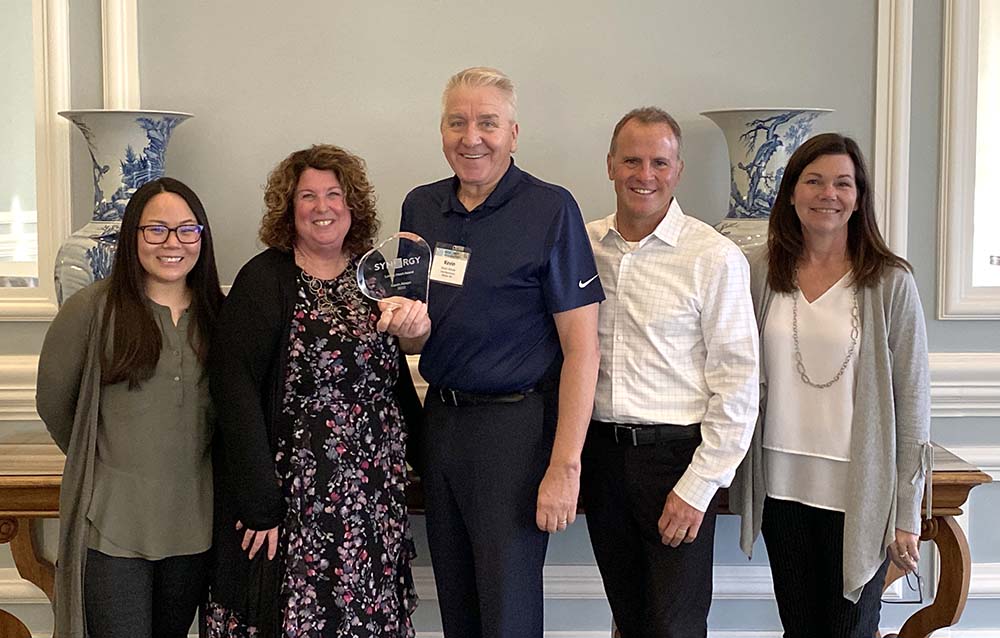 Two awards were given out at the executive meeting. The Loving Heart Award, in memory of Tim Hartigan, was given to Kevin Almon, owner of Vital Mechanical Service, in Renton, Washington. Julie Bishop, executive director at Synergy, presented the award to Almon and choked up as she talked of his legacy.

“Unless this is your very first meeting with Synergy ever, [Kevin] has touched your life,” Bishop said.

She talked about the core values Almon started his company on: friends, family, and future. And last year, Almon sold his company to a core group of employees to keep with those values.

“It’s really cool to see what’s happening in the company right now. The new group is taking over, better than ever … and just say if you ever say you need to save money and cut Synergy, you’re making a bad, bad call,” Almon said.