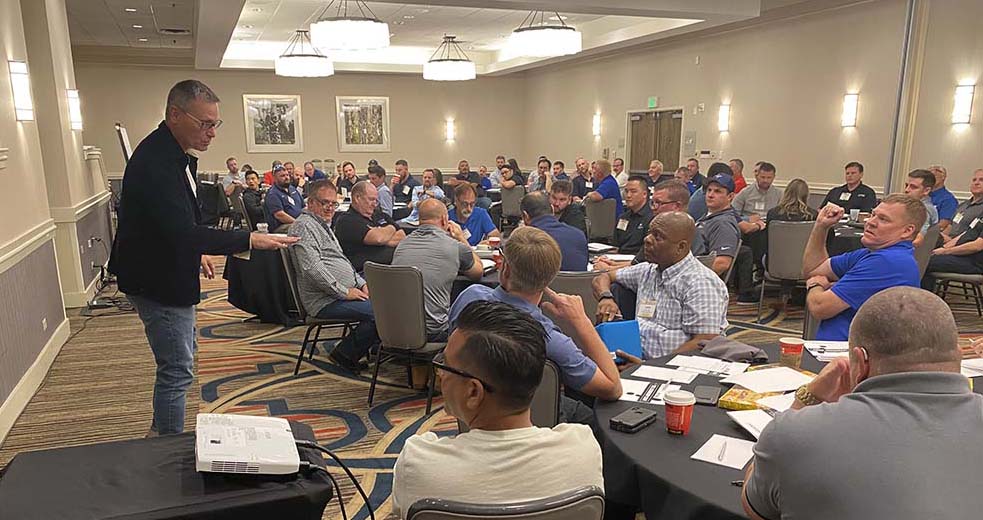 At the meeting, 10 mentors worked with a small group of attendees to facilitate discussions and share their years of industry and leadership experience. In the mentor groups, attendees worked through their 360 peer feedback survey results and created an action plan to help them continue to grow in their leadership role.

The Leadership Forum started with Steve Thomas' "Rethinking The Leadership Stuff" workshop. Steve shared that as leaders, our attention should be focused less on the tasks that we do and more on the people we lead or influence.

"You are creating a leadership story every day," said Thomas. "You aren't just creating your story, but you are also weaving into someone else's story through your actions."

Thomas also shared that in order to develop a higher level of influence with your team you have to do two things: love people and show the way.

"Leaders need to ask themselves how they are going to make their employees' lives easier because happy people do better work," he said. "You want people to go home full and happy, so they can be the best version of themselves."

Thomas ended his workshop by having attendees complete the Colors Assessment to help them understand other people's nuances to better understand the people around them.

"I love listening to Steve," said Kevin O’Connell (Triton Mechanical). "The information that he presents was very informative and it gets you to think."

On day two, attendees spent the majority of their time in their small mentor-led group. In the morning each member shared a current leadership challenge they're having with their group and discussed the action they'll take when they get back home.

"I got a lot of great feedback from my group," said Michael Shibata (Oahu). "They were able to help me sort through the fine details of my plan of action."

Prior to coming to Denver, attendees completed a self-evaluation and had a 360 peer feedback survey sent out to their peers, direct reports, and leaders. During the second day of the session, attendees received the results from the peer feedback survey and were able to identify their strengths and opportunities for growth with the help and support of their mentor and group.

"Feedback is not always easy to receive, but it is good information to have," said Barbara Eldridge (Western Allied). "I know what skills I need to build on moving forward." 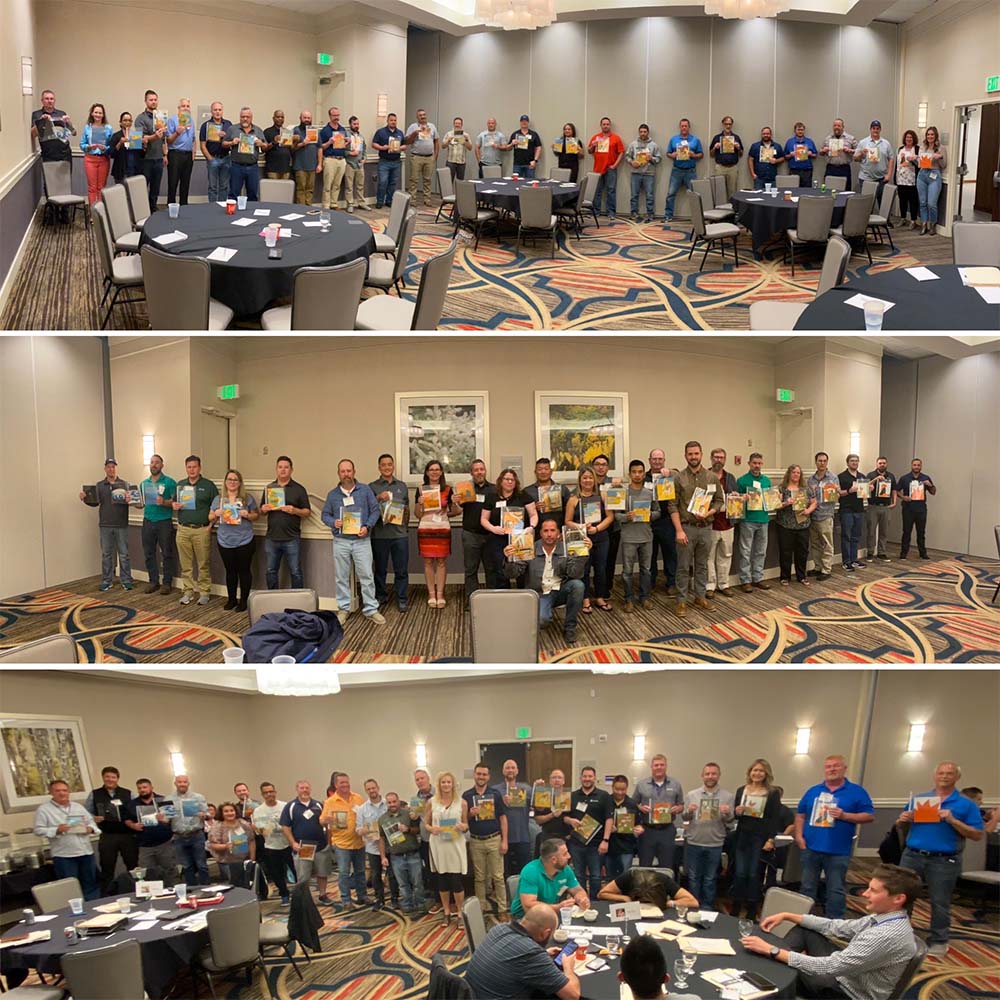 BIGGER PICTURE: The Zoom Challenge was a team building exercise that emphasized the importance of listening and focusing on the big picture. (Courtesy of Synergy Solution Group)

One of the skills that many attendees said they want to improve is how to be a better listener. To help them practice, Synergy split the attendees into three large groups to complete the Zoom Challenge, a team building exercise that emphasized the importance of listening and focusing on the big picture. Each person was given a picture that was part of a larger sequence. The goal was to put the pictures in the correct order without showing others what your picture was — instead you had to verbally describe it. After 30 minutes, all three groups were able to successfully put their pictures in the correct sequence.

"The Zoom activity really made you understand the importance of listening to other to understand the entire picture," said Omar Marmolejo (Pacific Rim Mechanical).

The leadership ended on day three with a discussion on how to build a winning culture. Attendees shared some of the unique things that their company does to build culture and the different ways that they, as leaders, foster culture with their teams.

"There were some great ideas but more importantly some very heartfelt testimonials about what their companies are doing," said Ruzwa Cooper (Cooper Oates).

The session ended with each attendee writing down their action plan of what they want to implement and goals they will accomplish when they return home.

“The best part of the meeting was all 80+ people in the same industry sharing experiences," said Jason Gray (Marina Mechanical). "The experience was huge for me becoming more comfortable in my role.”