As part of the AIM Act, the EPA is directed to phase down production and consumption of HFCs to 15% of their baseline levels in a stepwise manner by 2036 through an allowance allocation and trading program. The methodology used to issue allowances for 2022 and 2023 was detailed in the Framework Rule and was based on the three highest non-consecutive years of production or import between 2011 and 2019.

EPA recently issued allowances for 2023 and they are at the same level as in 2022 per the phasedown schedule, although the number of entities receiving allowances next year will increase slightly. These allowances will be valid between January 1 and December 31 of 2023 and represent the privilege granted to an entity to produce or import regulated substances in that year. 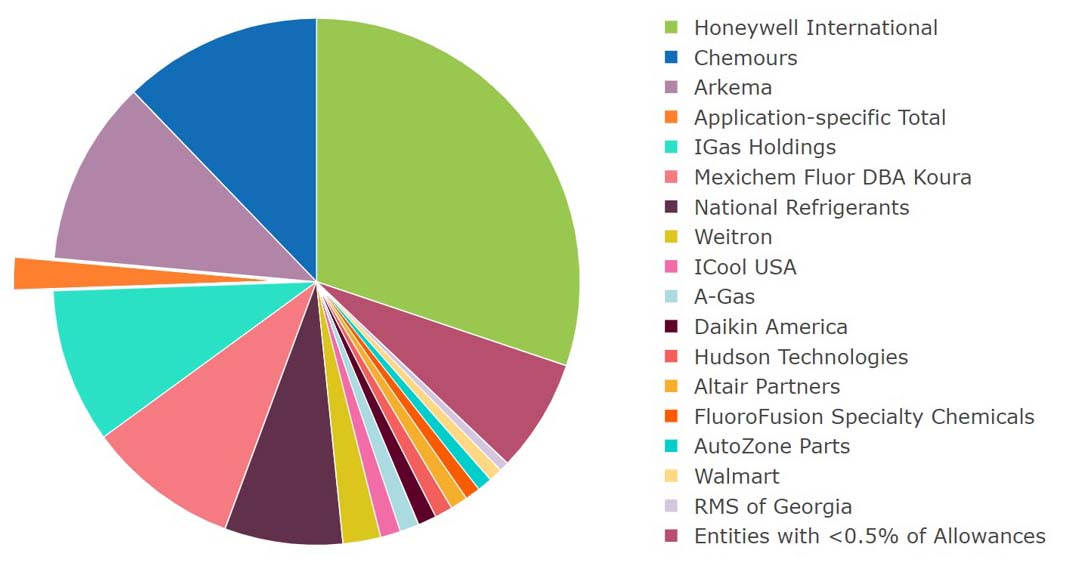 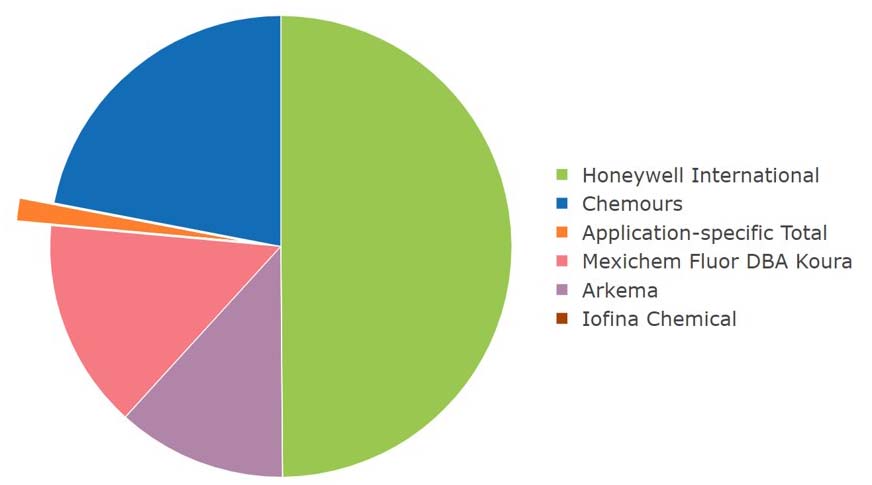 FIGURE 2: HFC production allowances allocated to each company for 2023. (Courtesy of EPA)

Honeywell received the largest application-specific production allowance for HFCs in 2023 and the company continues to support a coordinated effort to transition from high-GWP HFCs to lower-GWP solutions.

“We have maintained close observation and awareness of the industry for years, anticipating the need for more environmentally friendly, low-GWP solutions,” said Jeff Dormo, vice president and general manager of fluorine products at Honeywell Advanced Materials. “We are proud to continue to drive significant progress through our Solstice portfolio of ready-now HFO solutions, which are alternatives to HFCs. We continue to invest in this platform, which has already resulted in a positive environmental impact.”

Maintaining the current system would promote predictability and allow American producers to invest in the next generation HFC alternatives to be made in the U.S.
Glenn Haun
General manager of refrigerants, Arkema

Shortly after releasing the HFC allowances for 2023, EPA Administrator Michael S. Regan signed the proposed rule, Phasedown of Hydrofluorocarbons: Allowance Allocation Methodology for 2024 and Later Years, which focuses on the second phase of the HFC phasedown. The rule proposes to establish the allocation methodology for the “general pool” of HFC production and consumption allowances for 2024 through 2028.

EPA is proposing to continue applying a similar methodology to allocate general pool production and consumption allowances as it previously did for calendar years 2022 and 2023, while incorporating former new market entrants from an earlier set-aside pool as general pool allowance holders. EPA notes that implementing the current methodology through 2028 will align with the next phasedown step, which occurs in 2029. This will allow EPA to consider lessons learned from implementation, prior year use of allowances, and any concerns surrounding distribution of allowances.

Some in the HVAC industry would have preferred a different methodology be used for 2024 and beyond. Daikin, for example, noted that while the company appreciates EPA’s efforts to implement the AIM Act and the orderly phasedown of refrigerants, it is disappointed that the proposed rule for allocating HFC production and consumption allowances starting in 2024 does not provide an allocation to air conditioning equipment manufacturers (OEMs) that use HFCs in their products.

“This is a valuable tool that could have been utilized by EPA to enable OEMs to better plan, invest, and innovate for the future,” said David Calabrese, senior vice president of government affairs at Daikin U.S. “The OEM allocation would encourage more market participants, improve market stability, and provide the HVAC industry with the certainty and predictability needed to innovate for the future — ensuring an orderly and economically beneficial phasedown with U.S. investments and jobs, just as the AIM Act intended. The EPA can support the industry’s shift toward climate solutions by providing us with the certainty we need to innovate and invest in the development of ever-more sustainable technology in the U.S.”

While still reviewing the proposal, Arkema was pleased to learn that EPA would keep the same system for allocating allowances that it established for 2022 and 2023.

“Changing the rules for market participation would introduce uncertainty, putting all the stakeholders, but especially U.S. producers, at a significant disadvantage,” said Glenn Haun, general manager of refrigerants at Arkema. “Maintaining the current system would promote predictability and allow American producers to invest in the next generation HFC alternatives to be made in the U.S.”

Chemours also believes EPA’s methodology and direction for allocating HFC production and consumption is best for the industry at large and consistent with supporting the intent of the AIM Act, said Joseph Martinko, North American business director of thermal and specialized solutions at Chemours.

“Chemours commends the EPA for their efforts and timely delivery of the proposal that continues to support President Biden’s agenda to combat the climate crisis, while advancing manufacturing and innovation in America,” he said. “The ratification of the Kigali Amendment by the Senate last month allows Chemours and its partners to continue working towards delivering advanced lower-GWP solutions to meet HFC-reduction goals.”

In addition to applying a similar methodology to allocate HFCs for 2024-2028, there are other changes that EPA is looking to make in this rule. These include:

As for clarifying the requirements related to the expenditure of allowances for import, EPA cites concerns over the possibility that imported HFCs, including in heels (defined as the amount of a regulated substance that remains in a container after the container is discharged or offloaded), could be reported to Customs and Border Protection (CBP) as U.S. goods returned as a way to evade EPA’s import restrictions. To reduce this possible avenue for illegal imports, EPA is clarifying that the Harmonized Tariff Schedule (HTS) code for the regulated substance, regardless of whether or not comprising the heel, must be used, and not the HTS codes for U.S. goods returned or empty containers.

Another proposal involves beefing up reporting requirements for HFC production facilities. EPA currently requires producers to submit a one-time report, documenting any hazardous air pollutants (HAP), ozone-depleting substances (ODS) or HFC emissions coming from their production line. Instead of one-time reporting, EPA is proposing a requirement for annual reporting of the emissions from each facility’s HFC production line, specifically HAP, ODS, and HFCs.

This annual report would include the quantity (in pounds) of HAP, HFC, and ODS at the facility in the prior year and the quantity (in pounds) of each HAP, HFC, or ODS emitted in the prior year on an emission unit basis. EPA is proposing that the reported emission levels reflect each facility’s and emission unit's actual operating hours, production rates, in-place control equipment, and types of materials processed, stored, or combusted during the preceding calendar year.

According to EPA, collecting this data would allow the Agency to more closely monitor potential impacts of the HFC phasedown on relevant emissions and on communities located near facilities producing regulated substances.