On September 23, 2021, EPA issued a final rule entitled, “Phasedown of Hydrofluorocarbons: Establishing the Allowance Allocation and Trading Program under the American Innovation and Manufacturing (AIM) Act.” Specifically, the AIM Act directs EPA to phase down production and consumption of HFCs to 15% of their baseline levels in a stepwise manner by 2036 through an allowance allocation and trading program. 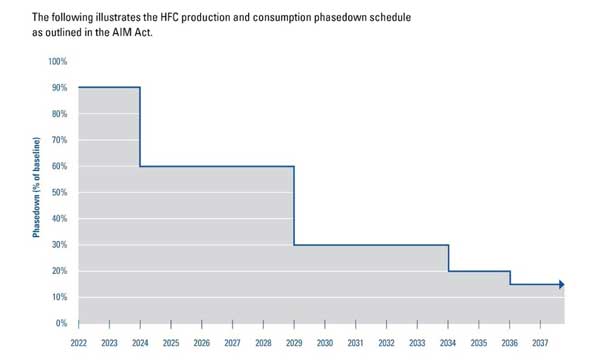 Figure 2: The HFC production and consumption phasedown schedule as outlined in the AIM Act. Courtesy of EPA)

To implement the allowance allocation and trading program, EPA has:

An allowance is the unit of measure that EPA uses in order to control production and consumption of HFCs. On October 1, 2021, EPA issued allowances for 2022 to companies that produced and/or imported HFCs in 2020. These allowances that will be valid between January 1 and December 31 of a given year, also known as a “calendar-year allowance" (see Figures 1 and 3). A calendar-year allowance represents the privilege granted to an entity to produce or import regulated substances in that year.

Figure 3: Production allowances allocated to each company for 2022. (Courtesy of EPA)

To ensure compliance with the phasedown limits, this final rule:

In addition, to prevent illegal trade in HFCs, EPA is coordinating with other federal agencies, in particular, U.S. Customs and Border Protection.

An advance copy of the final rule is available at https://www.epa.gov/climate-hfcs-reduction/final-rule-phasedown-hydrofluorocarbons-establishing-allowance-allocation , which will be updated once the rule is published in the Federal Register.