A ban on the installation of natural gas infrastructure in new buildings is coming soon to a town near you, and the local HVAC industry needs to be prepared.

Or — depending on the state you’re in — maybe not.

As some communities across the U.S. move rapidly toward policies designed to shift consumers from natural gas and promote electrification, with the goal of reducing the greenhouse gas (GHG) emissions that come from burning natural gas, a fossil fuel, some states have responded by prohibiting local governments from enacting such regulations. 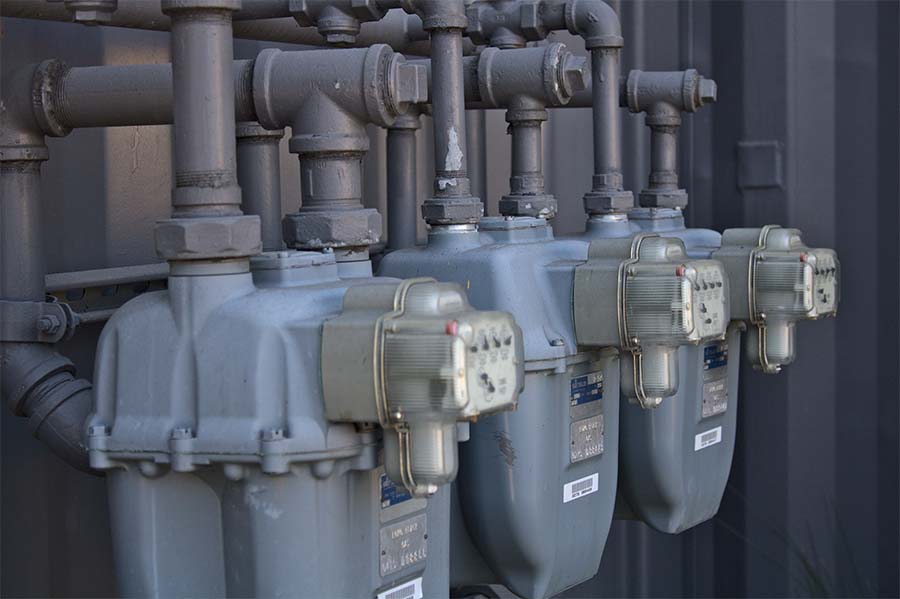 While jurisdictions around the country, including 11 in California, have adopted some type of a ban on natural gas infrastructure in new construction, a number of states have passed laws that outlaw such prohibitions. (Courtesy of Unsplash)

Berkeley, California, was the first city in the country to ban natural gas hookups for new buildings. The law there, which applies to buildings of all types but allows for exceptions when a complete ban on natural gas in a new building is deemed unfeasible, has been in place for just over two years.

Since Berkeley’s ban, 10 other communities in California have adopted some form of a ban on the use of natural gas in new buildings, and the California Energy Commission approved a code that incentivizes all-electric construction for new buildings. In all, 54 communities in the state, including the 11 with natural gas bans, have a decarbonization ordinance of some kind, according to RMI (formerly the Rocky Mountain Institute), a nonprofit working toward a cleaner global energy supply.

Other states and communities have jumped on the bandwagon and adopted incentives for electrification and/or restrictions on the use of natural gas. The most notable is New York City, which in December banned natural gas hookups for new buildings of less than seven stories beginning in 2023 and for taller buildings beginning in 2027 (there are exceptions, including for commercial kitchens). The measure in the Big Apple, according to RMI’s estimate, will prevent 2.1 million tons of carbon emissions, roughly equivalent to the annual output of 450,000 cars, by 2040.

“To address climate change, we must stop burning fuels,” said Russell Unger, a principal in RMI’s carbon-free buildings program. “Policy will drive some of this change, and the place to start is new buildings where changes are easier and less expensive.”

But, in the name of preserving consumer choice, 20 states have pushed back against the trend by enacting laws to preemptively outlaw local regulations to curb natural gas use, according to the Pew Charitable Trusts’ Stateline project. Among those states are Ohio, Iowa, Missouri, Indiana, Florida, West Virginia, Wyoming, and Texas.

“Each product has strengths and weaknesses depending on its intended use. We want to make sure our members can provide the right products based on the needs of the consumer.”
Alex Ayers
Director of government affairs, HARDI

“Not all available products work in all situations so having as much choice on the market is valuable in meeting consumer needs whether it is gas or electric heating or other situations like non-condensing and condensing furnaces,” said Alex Ayers, HARDI’s director of government affairs. “Each product has strengths and weaknesses depending on its intended use. We want to make sure our members can provide the right products based on the needs of the consumer.”

“As we see communities establishing natural gas phase-outs, as well as states that are prohibiting such bans, ASHRAE continues to provide unbiased technical resources to respond to these changing conditions,” the organization said in a prepared statement.

The effect on GHG emissions of banning natural gas and promoting electricity as a replacement energy source is a complex issue subject to a host of variables, including the energy efficiency of the replacement equipment, the climate of a given region in which indoor air needs to be heated or cooled, and the fuel sources used to generate electricity in that region’s power grid.

According to the U.S. Energy Information Administration (EIA), about 40% of the electricity the country used in 2020 was generated by natural gas and another 19% by its dirtier cousin, coal. (About 21% came from renewables like solar, wind, and geothermal power, and another roughly 19% from nuclear power.) With about 59% of the nation’s electricity coming from fossil fuels, it would stand to reason that increased electricity use in homes and businesses, as a replacement for natural gas, would increase fossil fuel use at power plants, thus increasing carbon emissions overall.

But that’s not necessarily the case, said RMI’s Unger. When it comes to heating spaces, the predominant use for natural gas in buildings — replacing natural-gas-fired furnaces with electric heat pumps — would, in most cases, reduce carbon emissions, even in regions where the electricity grid is relatively “dirty,” Unger said. That’s because the efficiency of heat pumps, which transfer heat instead of creating it, could more than offset the expected increase in fossil fuel consumption at electric plants, he said.

Unger pointed to an RMI study of the contiguous U.S. states that found that, in 46 of the 48, replacing gas furnaces with heat pumps would reduce carbon emissions. The two exceptions, the study said, were Wyoming and Utah, which are heavily dependent on coal for generating electricity. He cited another study, by the National Renewable Energy Laboratory (NREL), part of the U.S. Department of Energy (DOE), which found that electrification could decrease fossil-fuel GHG emissions in the U.S. by 41% below 2005 levels by 2050, even without policies that would decarbonize the grid. With grid decarbonization, GHG emissions reductions could be nearly 74% below 2005 levels by 2050, the study found.

HARDI’s Ayers, however, doesn’t see it that way. He noted a study modeling the most efficient heating and cooling equipment across 35 cold-climate states that found that, in 29 of them, the use of high-efficiency heat pumps (used for heating and cooling) would result in more carbon emissions than the use of high-efficiency furnaces and air-conditioning units.

According to the DOE, generators that burn coal, natural gas, or fuel oil to create electricity only convert about 30% of the fuel’s energy — modern natural-gas furnaces are about 95% efficient.

“We need to make the decisions now for what the grid will be tomorrow,” Unger said. If not, he said, consumers will for years have to rely on “legacy” equipment that won’t be able to tap into a cleaner grid.

In addition, said Unger, curbs on natural gas use in new construction will have a spillover effect in the HVAC replacement sector, leading to wider availability and greater acceptance of products like heat pumps.

“This is a major shift in the HVAC industry, and it’s a great opportunity,” he said.