School districts across the country are investing in HVAC upgrades and replacements to improve the comfort of students and staff, as well as the quality of the air that they breathe. The pandemic increased awareness of the poor state of HVAC systems in many schools. Now, money for school IAQ projects is becoming available from a variety of sources.

Some of this money comes from a federal program known as Elementary and Secondary School Emergency Relief (ESSER). These funds are part of the COVID assistance efforts and are marked for projects such as upgrading HVAC systems. The amounts available are in the billions.

Sometimes even this large amount falls short of what districts need. According to press reports, the St. Joseph School District in Missouri came up $6.5 million short for a project that replaced steam boilers and window units with a modern HVAC system. Another district in New Jersey reportedly found it needed much more extensive work than first thought and ended up taking a bond proposal to residents.

Now is a Good Time 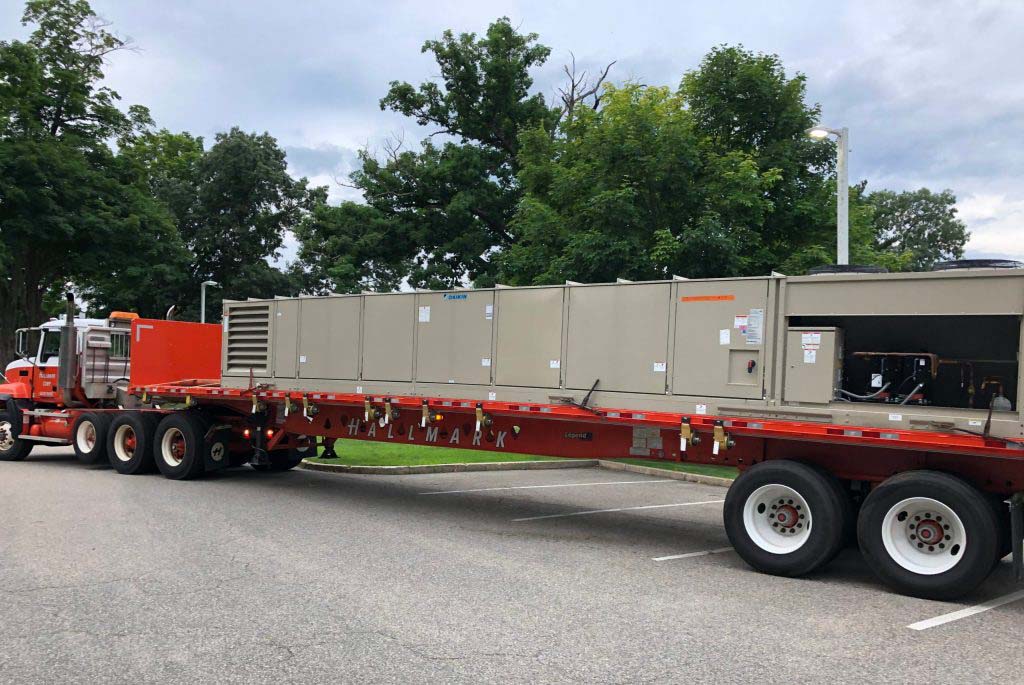 HVAC JOINS ABC: Schools districts across the country are spending federal funds and other money to upgrade HVAC systems to improve comfort and IAQ. (Staff photo)

Craig Schluter, Navigate’s cofounder, said he sees greater demand from school districts for HVAC upgrades and new construction for a number of reasons. Chief among these is a shift in demographics, with young families moving into certain areas. This causes enrollment to go up, and schools then need to renovate and/or do additions to accommodate this increase in enrollment.

“Schools can borrow money at historically low rates, which just allows them to get more bang for the buck,” Schluter said.

The opportunity to work on schools could attract some commercial HVAC firms that focused on office buildings previously. Schluter said while the technical aspects of the work are the same, the bidding process can be more complicated. It’s the same if an HVAC contractor is working with a general contractor but requires more paperwork if bidding directly to the school district due to public funds being involved.

The bids are always sealed. Projects over a certain dollar amount often require a bid bond. There can be other requirements as well, which is why Schluter said HVAC contractors should attend the pre-bid meeting and read all the front-end specifications for the bidding requirements as early as possible.

“They need to make sure they understand how public bidding, like on a school, is different than private bidding,” Schluter said. “It’s a lot more in-depth procedure.”

The lowest bidder usually wins the job, but not always. Schluter said legal issues or bad references sometimes lead districts to take the second-lowest or even third-lowest bid.

“We’ll bring that to the school, and sometimes they’ll go to the second or third bidder,” Schluter said. “Most of the time, the project goes to the low bidder, but there are some things that can make the low bid not be the primary selection.”

Once the project starts, there can be more requirements, such as submitted certified payroll.

Comfort, energy efficiency, and IAQ are among the major concerns for school districts, but Schluter said they also want to make sure staff can work on the equipment if needed. Some energy-efficient units like VRF they invested in before required a certified technician to repair. This meant spending extra money and, more importantly, delaying getting repairs done as quickly as possible.

“There’s never been a spotlight on how important these systems are nationwide. It’s a huge expense, and no one ever got excited about it.”
Kendra McQuilton
CEO, Energia

Upgrades Pay for Themselves

It’s been said that HVAC improvements pay for themselves, and that’s actually true in some cases. Energia is a firm that helps school districts finance HVAC upgrades and other energy improvements through future savings. The financial engineering allows schools to take on these projects without district referendums. The projects are instead self-funding with an 18-year simple payback arrangement.

The key to making this financing work is making sure the energy savings actually materialize. That’s a big part of what Energeia does, said project engineer Justin Benoit. This means keeping up with the latest technology and determining what will work in the real world.

“A measure that an energy saving company might try to propose for a specific building might sound interesting, but it might not be the best application for that particular building,” Benoit said.

One of the best payoffs for schools comes from improving the building management systems. Many buildings still use pneumatic air controls, Benoit said. That creates leaks in the system. A switch to digital controls solves this problem.

Sometimes it’s hard to maximize energy savings while also improving IAQ. For example, higher filtration often means a system needs to work harder to move air. Benoit said the financing usually includes all energy improvements. That means the extra cost of IAQ can be offset by replacing the lighting system or some other improvement.

The HVAC system is often one of the biggest, if not the biggest, sources of energy costs for any schools. But it gets little attention because it’s out of sight, out of mind, said Energia CEO Kendra McQuilton. Installing solar panels on a school’s roof will draw the local media. Installing a new RTU, until recently, would not.

“There’s never been a spotlight on how important these systems are nationwide,” McQuilton said. “It’s a huge expense, and no one ever got excited about it.”

That’s starting to change due to the pandemic. Now, people are starting to see how it affects everything from health to student performance to sustainability.