Consolidation was a hot topic at this year’s Service World Expo, with several sessions covering the subject. The reason for all the attention became obvious during one of the sessions, when the audience was asked to raise their hands if they had been contacted about selling their businesses. Every hand in the room went up.

There are a few main drivers of consolidation. The main one is a large amount of money available for investment. The HVAC industry makes a prime target for those investors in part because it’s fragmented, with no firm accounting for more than 5% of the market. In addition, it’s an industry with an aging ownership looking for an exit strategy. And they’re looking a little harder for that strategy as President Biden talks about making changes to the capital gains tax, including eliminating the step-up provision.

In addition to all that, the past two years showed the value of home service as an investment. David Noseworthy, vice president of corporate development for Friendly Group, said other businesses with a similar industry profile as HVAC, such as physical therapy providers, found their doors shut for months last year. Meanwhile, HVAC contractors were deemed essential service providers.

Small Deal Costs As Much As Big Deal

So what are buyers looking for in an HVAC firm? They are mostly looking for businesses valued at more than $5 million, said Brian Cohen, business strategist for SF&P Advisors. And they want to see the potential for growth beyond that. 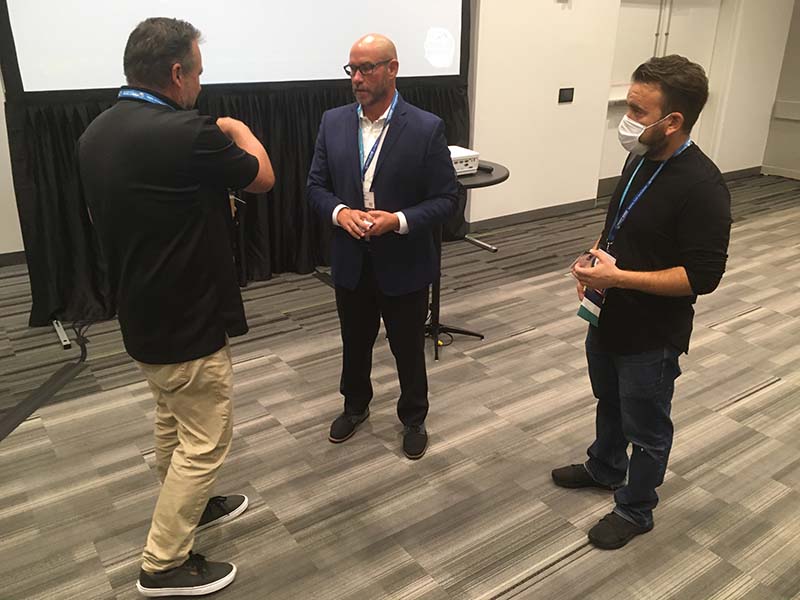 “It costs as much to do a small deal as a big deal,” Cohen said.

While there are buyers for all types of HVAC contractors, Cohen said most prefer residential business. Commercial businesses often depend too much on a few big clients, and new-home construction is too cyclical. Repair and replacement brings what he calls “sticky customers.”

Cohen said a main question HVAC contractors need to ask themselves before they consider selling their businesses is “Can I go on vacation?” In other words, if the contractor trusts senior staff enough to run the business while he’s gone.

Have Information in Order

Data drives deals, Cohen said, so HVAC contractors looking to sell must have easy access to the latest information about the business. Nothing jeopardizes a deal like delay in getting key data. Buyers have too much on their plate to wait.

“Buyers these days aren’t just looking at one deal at a time,” Cohen said. “They’re looking at dozens.”

One seller took two weeks to provide crucial financial information, he said. This was a company valued at $10 million to $15 million that owned its market. Another took a week and a half to gather call counts. That told the potential buyer the company lacked technical resources, Cohen said.

“A buyer realized they have to come in and fix all the things you don’t have together,” he said. “That’s an expense to them.”

Sellers also need to make sure they are making a good match, Noseworthy said. Many times the owner stays on in a management capacity, and that means fitting into a new business. Noseworthy recommends getting a complete list of other owners whose companies consolidators bought and asking their take on the process.

“If you think there’s going to be no changes, that’s probably not realistic,” Noseworthy said. “If your cultures don’t match, it’s not going to work.”

Pick Your Target Demo and Focus On It

So how do HVAC contractors who stay independent compete when a competitor sells out to a large consolidator? This does present challenges, Noseworthy said. The past couple of years showed larger companies fare better in hard times. They can offer better pay and benefits to attract workers, as well as more opportunities for advancement and more negotiating power with suppliers.

“The larger companies had the equipment they needed, more than their smaller counterparts,” Noseworthy said.

The best way to counter that often is going small, he said. HVAC contractors should develop a strategy that targets a certain market. That could be anything — a certain area, a certain income bracket. But contractors need to commit to it.

“You really need to know what you’re strong at and target the customer who appreciates that, and market the heck out of it,” Noseworthy said.

HVAC contractors suddenly facing a much larger competitor may want to scale up themselves. They might buy out a smaller competitor, add a franchise, or expand into new services. Again, Noseworthy said, a strong brand makes that much easier.