Danfoss (Baltimore) named Sheridan College in Oakville, Ontario, as its eleventh EnVisioneer of the Year. 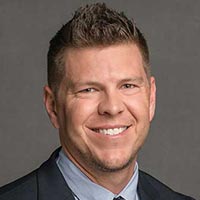 AAON Inc. increased the size of its board of directors from seven to nine members and appointed Bruce Ware and David Stewart as new independent directors.

Matt Kozak, vice president of sales for Bradford White Water Heaters (Ambler, Pennsylvania), has been named the 2021 recipient of the Golden Eagle Award by the Association of Independent Manufacturers’ Representatives (AIM/R).