This website requires certain cookies to work and uses other cookies to help you have the best experience. By visiting this website, certain cookies have already been set, which you may delete and block. By closing this message or continuing to use our site, you agree to the use of cookies. Visit our updated privacy and cookie policy to learn more.
Home » HVAC Contractors Take Lessons From Pandemic Into the Future
HVAC ContractingNewsHVAC Residential MarketHVAC Light Commercial MarketHVAC Commercial MarketCoronavirus Coverage

HVAC Contractors Take Lessons From Pandemic Into the Future

Requirements from residential, commercial customers change due to new normal 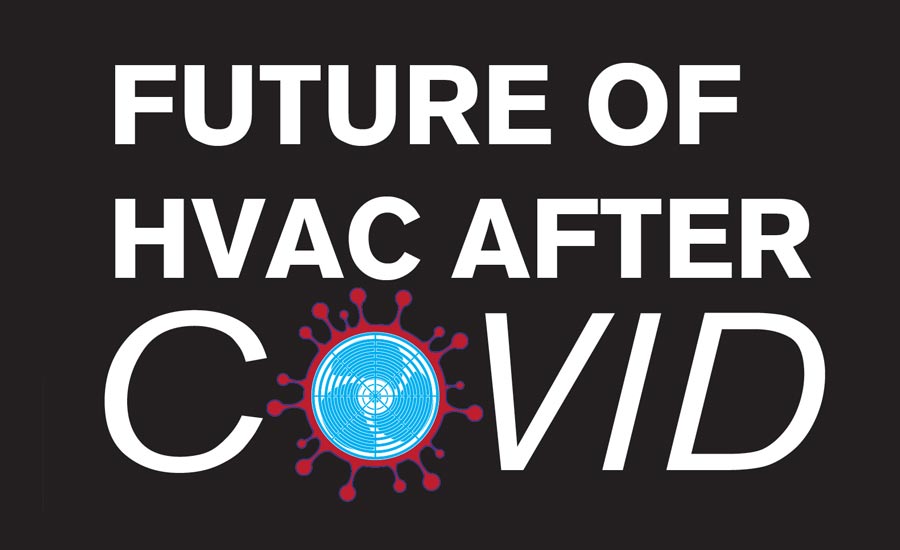 This is the third in a four-part series about what lies in store for the HVAC industry in a post-COVID world.

What started as a two-week pause in mid-March turned into an extended lockdown by the start of April as COVID cases climbed rapidly across the nation. HVAC contractors worried about how much business they could expect as clients kept everyone out of their homes and businesses. Some faced missing payrolls or even closing their doors. Then came the payment protection program (PPP), followed by a surge of business on the residential side as consumers’ homes turned into all-purpose buildings.

HVAC contractors accelerated the adoption of technologies. They learned to operate at a distance, even when in the same room. Some found out what partners they could count on when really needed. Now as the worst of the pandemic seems over, they face new challenges and look ahead to new opportunities. 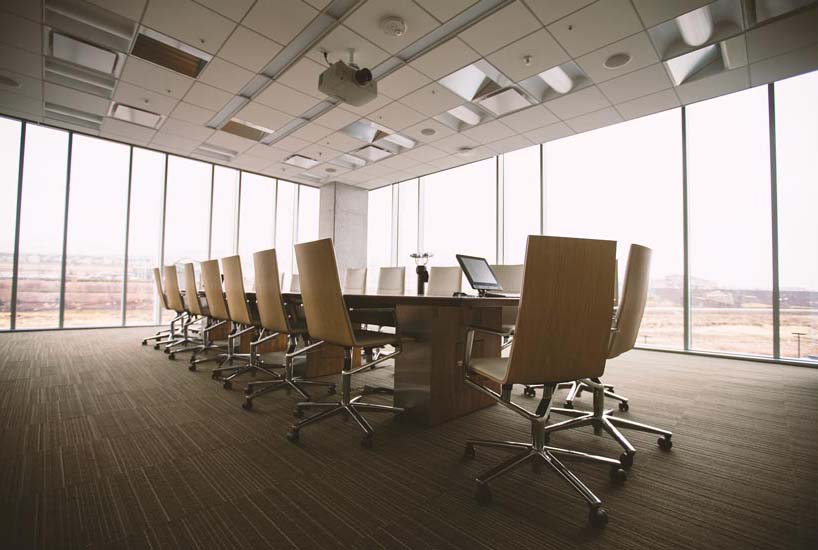 Jeff Wagner, owner of Jansen Heating, Air Conditioning and Electrical in Freeport, Illinois, has been serving customers in this community for more than 15 years. The city lies about two hours north of Chicago and includes many lake homes. People usually only used these homes in the summer. Most only had baseboard heat, Wagner said, with the lakes acting as the air conditioning.

Some homeowners are installing air conditioning, Wagner said, in order to cash in while home prices are high.

“A house without air conditioning is very difficult to sell,” he said. 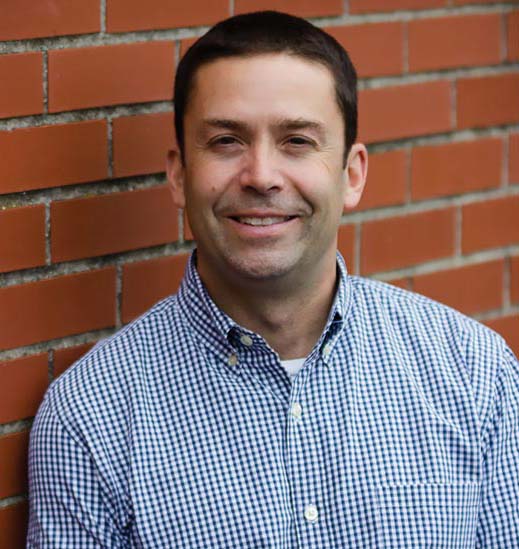 WHAT’S NEXT: Kurt Hudson, principal at commercial HVAC contractor LC Anderson, understands his clients’ uncertainty about the future use of their properties. (Courtesy of LC Anderson)

Some people will continue working from their refurbished lake homes, but exactly how many remains a major question for commercial contractors such as LC Anderson in Brighton, Massachusetts. Kurt Hudson, who co-owns the firms with brother Karl, said many clients remain unsure of how they will utilize the office space they manage. Some large local employers, including Mass Mutual and Amazon, said employees will start returning to the office in the fall. Another large employer, Raytheon, announced it will shrink its office footprint.

“People are trying to decide what they’re doing with offices,” Hudson said. “I don’t think a lot of people know.”

Hudson understands the uncertainty his clients face. Only about half of LC Anderson’s own employees are currently in the firm’s offices. Hudson said the transition to remote work went smoother than he expected.

Still, he misses the opportunities for interaction that exist when everyone is physically in the same place. What now requires an email chain could be resolved in a quick meeting. Creating a culture and developing teamwork doesn’t translate easily to Zoom, Hudson said. Onboarding new employees is especially difficult.

The solutions often prove more complicated than they expect, he said. Increasing outdoor air is a common recommendation for improving office IAQ, Hudson said, but that takes more than opening an economizer wide open. The system is only sized for a certain amount of outside air.

Contractors across the country saw a surge in interest in IAQ from both commercial and residential clients. LC Anderson staff researched various options in-depth so they could educate their clients on the best choices. However, Hudson said the most important step in readying a building for returning workers is just making sure everything works.

Pharmaceuticals and life sciences were a growth area in the Boston market even before the pandemic. That’s good news for commercial HVAC contractors, because these facilities require a lot more equipment than a typical office building.

The combination of growth and demand brings more competition for established firms like LC Anderson.

That makes long-term relationships all the more important. Hudson also saw the value of relationships when LC Anderson sought a PPP loan. The company worked with Cambridge Savings Bank and secured the needed financing. Hudson knows other contractors who tried working with large banks and struggled.

The pandemic taught some HVAC contractors it’s better to focus on what they are best at. Travis Smith, owner of Sky Heating and Air Conditioning in Portland, Oregon, said his firm dabbled in the commercial market before the pandemic. Then government offices closed and the process for getting permits slowed to a near-halt.

“It could actually take a month for a commercial permit,” Smith said. “We’re just not set up for that kind of business model.”

He said there was plenty of residential business to focus on instead. That’s been true for most residential HVAC contractors. Many are trying to add employees as a result. Just like everything else in the past year, that requires some new thinking.

Some firms have turned to virtual hiring events. One of those is Air Pros USA, a commercial and residential contractor based in Davie, Florida. John Kerkes, the company’s head of human resources, said they post announcements about the events and usually about 10% of those who express interest actually show up to the video conferences. The latest virtual event resulted in a half dozen hires for the Florida market. 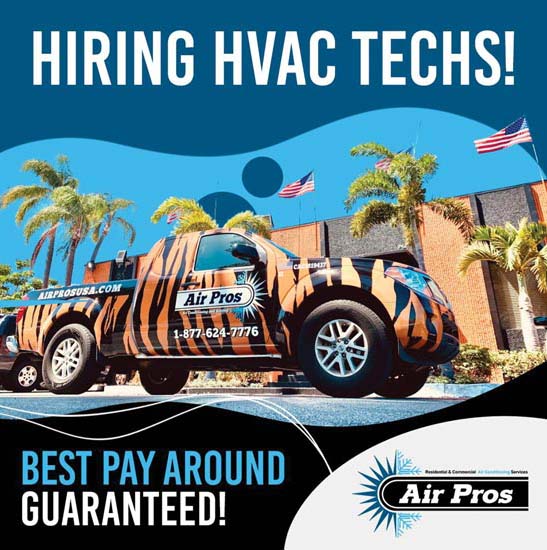 “It’s time consuming, but it’s six more people that we’ve hired,” Kerkes said. “Even if you get one out of it, it’s successful.”

The virtual events reduce the risk of spreading the coronavirus. They also provide an opportunity for people who find it difficult to leave the house due to childcare concerns, Kerkes said. Even once these issues reach an end, Kerkes expects Air Pros USA to continue conducting virtual hiring events.

The company still hosts live hiring events with everyone wearing masks, social distancing, and using clean pens. Kerkes said the company uses both new outlets, such as social media, to attract employees, as well as traditional methods. This includes putting up fliers at supply houses and placing a “We’re Hiring” sign on the side of the Air Pros USA headquarters.

The Future Is Hard To Predict

Kerkes knows the ups and downs of the pandemic personally. He lost his job at Hertz last spring after more than 30 years with the rental car company. With no one traveling and a heavy debt load, it went into bankruptcy. A few weeks later, he joined Air Pros USA — just as the company started to see business taking off as residential customers started investing in their homes.

“We just had to change the ways we went into that house,” Kerkes said.

It was a different situation than many contractors expected when governments started to issue stay-at-home orders. Of course, at the start of 2020, no one expected a virus to shut down most of the world for more than a year. Hudson said the real lesson is learning to adapt and realize there are limits to what any one business can do.