Normally at this time of year, HVAC contractors would be gathering staff together to celebrate the past year and bond as a company. But these aren’t normal times. With COVID cases surging across the country, HVAC contractors find themselves in the unpleasant situation of canceling annual holiday events.

Appolo Heating usually invites staff from its three locations to the headquarters in Schenectady, New York. Employees and their spouses would enjoy an evening of dinner and dancing at an area banquet hall. Those coming from out of town would be put up for the night.

Lee Byers, Appolo’s operations manager, said management plans on calculating the cost of having the event and dividing that among its employees as a holiday bonus. If HVAC contractors decide to take this route, attorney Susan Bassford Wilson reminds them to make sure it’s discretionary. Otherwise, it becomes part of the regular rate and impacts overtime calculations.

Wilson said the bonus idea is a good one if HVAC contractors follow that one rule. It shows that an employer values the staff, which is the point of a holiday celebration. Byers said people appreciate the extra money, but the holiday event has extra meaning.

“The Christmas event is something people talk about for months afterward,” Byers said. “They spend time in a different environment with people they wouldn’t normally see.”

The staff at Professional Services in Port Washington, Wisconsin, work at two separate locations, although these locations are only five minutes apart. The annual holiday party plays a crucial role in teambuilding, said Josh Crouch, director of sales for Professional Services. But the risk outweighs the reward this year. 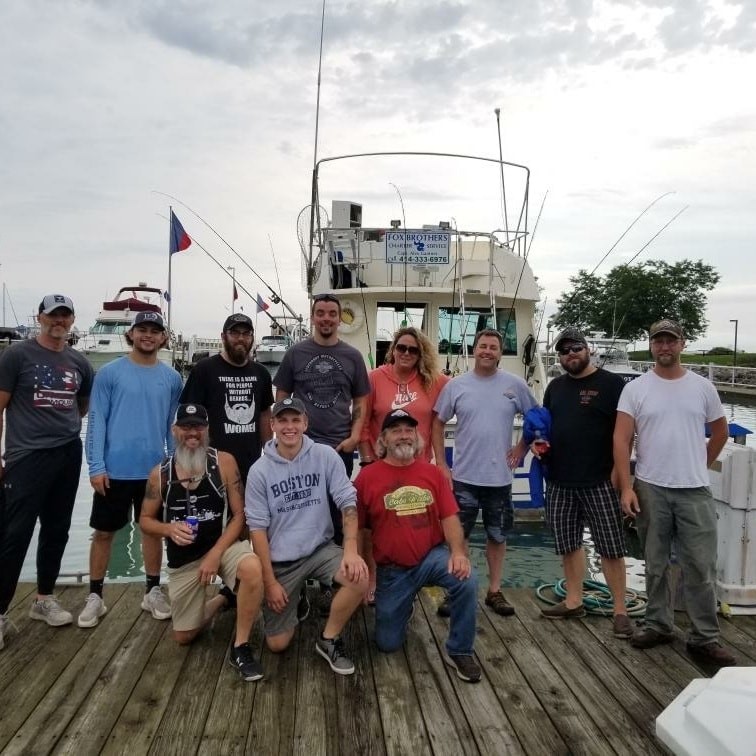 BETTER TIMES: The crew at Professional Services enjoys a day of fishing on Lake Michigan. The company managed to put together this team-building activity when cases were lower in the summer.

Crouch said Professional Services is adamant that any employees who exhibit symptoms need to stay home. The employees have been well-behaved, he said. There haven’t been any photos on social media of them going out in large groups.

“No one is being reckless.” Crouch said. “They all care, and they are all being diligent.”

“It’s better to be safe and continue to service our customers,” Crouch said. “If we have a holiday party and everyone gets sick, then we have big problems.”

Trapper Barnes, owner of Infinity Texas Air in Forney, Texas, hosted a socially distanced Thanksgiving lunch for his staff in the firm’s warehouse. He plans on doing the same this month. Technicians rarely come into the office anymore, Barnes said, so the lunch provides one of the few opportunities for team building.

“It’s important for the culture and the morale that you have, to keep that momentum going,” Barnes said. “We are in a weird time and we want to make it feel as normal as possible.”

Infinity Texas Air usually hosts a holiday event for staff and spouses, but this year it will be staff only. Wilson said its best to keep non-employees out of the building.

Summer Proved a Little Better For Get Togethers

The coronavirus also caused Barnes to cancel one of Infinity Texas Air’s biggest charity projects — a furnace giveaway. He decided the ongoing equipment shortage made it unfeasible this year. The firm continues its monthly program of paying the adoption fees at the local animal shelter.

Barnes plans on having his December event catered by a friend’s barbeque restaurant. Crouch said that’s another way not having an event hurts his firm. The usually use it as a way to reward a loyal commercial customer.

Professional Services did manage to put together a team-building outing in the summer when cases were lower and they could get together outside, Crouch said. Employees went out on a fishing charter. He said they hope to put on another event in the spring. 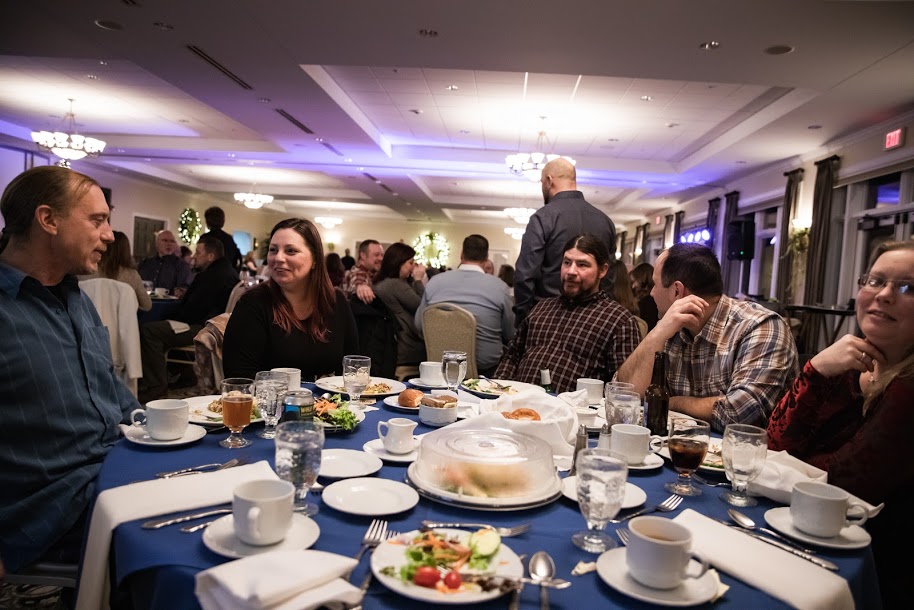 SOCIALLY DISTANT MEMORIES: Staff from Appolo Heating’s three locations gather to celebrate the holidays in 2019. This year, the company is sending out bonuses instead.

Staff at Appolo also did some teambuilding this summer, but it was on a much smaller scale than usual. They got together in small groups to enjoy outdoor activities such as skeet shooting and axe throwing, Byers said. They would normally all get together for a troubleshooting competition. Vendors would bring in their products and set up stations. Mixed groups consisting of people for different department would visit these stations. The vendors presented problems with the products for the group to solve.

The other major group gathering for Appolo is a safety day in the winter. They conducted this year’s right before the pandemic, but Byers said they expect next year’s event to be virtual. Part of the safety event includes state-mandated sexual harassment training.

This leads to the one positive of a lack of holiday events this year. Events can bring all kinds of complaints, Wilson said. Many of these complaints stem from alcohol use, such as sexual harassment claims. But even seemingly harmless actions create grounds for a lawsuit. Wilson said she knows of one brought by an employee over having to wear a Santa hat.

“Perhaps the silver lining for 2020 is there will be fewer complaints stemming from holiday parties because there will be so many fewer parties this year,” Wilson said.