How to Recover from Social Media Mistakes in an HVAC Business

Social media mistakes happen. Angie Snow, co-owner and vice president of Western Heating & Air Conditioning in Orem, Utah, can attest to that. In an effort to share the real-life experiences of an HVAC technician with her Facebook audience, she posted a photo her employee had sent of an unidentifiable dead animal that was found in a blower well in the furnace. Snow said that although the picture was not pretty to look at, she thought people would be interested. The interest she received, however, came in the form of many negative messages sent on Facebook asking her, “Why are you posting this awful thing for all of us to see?”

“I only meant for it to be an example of what we find — and people took it as an animal cruelty post,” said Snow. “I’ve been very careful not to post anything like that since then.”

Along with being more careful with what she posted, Snow learned that there is a path to social media redemption, even when the original intention was not to cause harm or offense.

“I got on our Facebook account and started thanking those who posted for their comments and informing them that we did not mean to represent animal cruelty,” said Snow. “We apologized and took down the post. My goal was to be very transparent. If you mess up and you try to hide it, some people don’t trust you.”

Greg McAfee, owner of McAfee Heating & Air Conditioning in Dayton, Ohio, made a social media choice that took more than an apology to come back from. In fact, he is still working through the consequences of a post he made on his personal Facebook account.

As a former U.S. Marine, McAfee is a self-described outspoken patriot who is not afraid to speak his opinion, and he has addressed hot topics on radio shows and in public speaking engagements. But sharing his opinions on social media brought a different outcome; when he posted on his personal Facebook page that George Floyd’s death was orchestrated, he was in no way prepared for how the backlash would affect both him and his business. 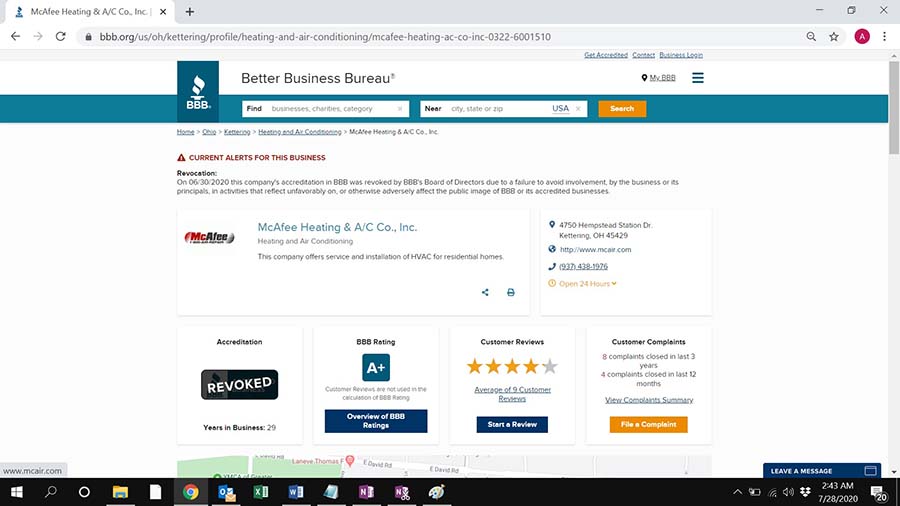 Negative comments began to come in on the post, and McAfee responded in kind. Then, according to McAfee, pieces of the conversation were reposted out of context, showing only one side of what appeared to be a threatening tone on his part. McAfee closed his Facebook account, but it was too late. The screenshots went viral.

The interaction led to several thousand calls coming into his business over the next weeks, many of which were calling him a racist and verbally attacking his team.

“We lost five employees and several hundred customers,” said McAfee. “People were flipping off my drivers and running them off the road.”

To help repair the damage to his staff and ensure their safety, McAfee purchased black polo shirts for those not wanting to wear the McAfee logo while on calls. He also purchased vinyl to cover his trucks. They received threatening phone calls saying they were going to burn the building down. McAfee had armed security guards in place and extra police protection at both his office and his home.

McAfee Heating & Air Conditioning, a former Torch Award winner with an A+ rating on the Better Business Bureau, had its BBB membership revoked “due to a failure to avoid involvement, by the business or its principals, in activities that reflect unfavorably on, or otherwise adversely affect the public image of the BBB or its accredited businesses,” according to the revocation statement on the company’s BBB listing.

Despite apologies, explanations, and a process to be a better leader, the damage has been done to the brand and to those impacted by McAfee’s words.

“My apology was very sincere, heartfelt, and I could look you in the eye and say everything I said was real,” he said. “I didn't make it up for just damage control or to make someone feel good. But I thought it would be a good story to challenge business owners and to warn them. I think we all should stand up for what we believe and we can't shy away from who we are, but we have to be very careful, for the sake of our family, team, and communities, about how we say things.”

Be it personal or for business, customers and internet passersby have the ability to read, judge, and share any content provided by a person or a brand. What should contractors do if they run into social media problems? 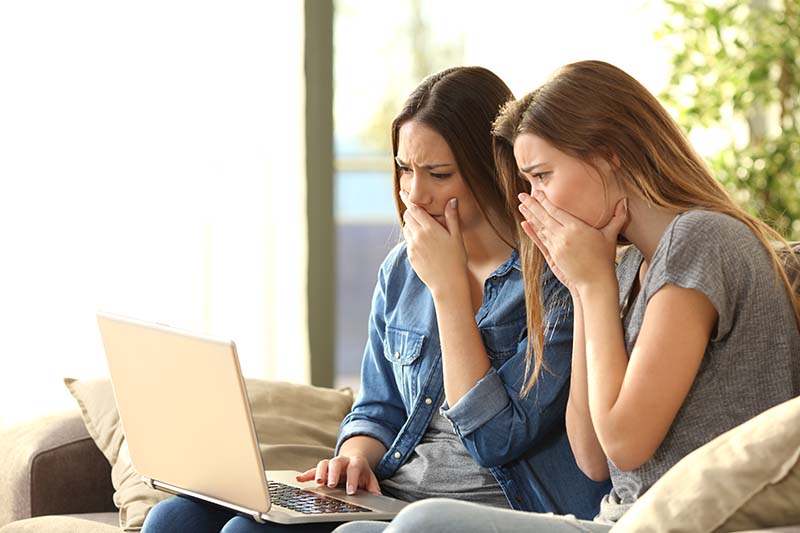 DON’T PANIC: When social media has gone wrong, don’t panic. Seek help from a consultant or an expert to manage the potential damage that has already been incurred.

“It’s always better to be proactive than reactive when mistakes are made,” said Colleen Keyworth, sales and marketing director for Online Access in Port Huron, Michigan. “After drama has been stirred up on social media that involves your company or your employees, it’s usually too late to put the toothpaste back in the tube, and there are very few options you have for damage control.”

“An employee can tag your business’ page in Facebook as their place of employment in their profile, and at this moment in time, there is nothing you can do to prevent them from tagging you as their employer, outside of asking them not to as a general rule,” she explained. “In the event of online controversy with an employee, you can take measures to block them from interacting with your business page, but you can do very little to control what they choose to put on their own page.”

Snow experienced a situation in her company where an employee got in a car accident on the job due to distracted driving. The first thing the employee did was take a photo of the company truck flipped upside down and post it to his Facebook page.

“I’m sure he was just reacting to the situation and amazed that he hadn’t been hurt too badly, but for my husband and me, it was awful for us to see our van upside down on a highway all over social media,” said Snow. “We were glad he wasn’t hurt, but after that, we had to make some very clear statements about not posting anything that would leave a negative taste about our company or brand on personal Facebook pages.”

Somewhere between strict policies and common sense lies a balance that social media brands search for as they post about their companies. Ben Landers, CEO of Blue Corona, headquartered in Gaithersburg, Maryland, reminds his clients that contractors’ customers and employees have a megaphone with the current platforms available to the general public.

Landers encourages contractors to build a business that matches on the inside and the outside while being authentic.

“Nothing turns off consumers and employees like hypocrisy and inauthenticity,” he said. “The best social media strategy in the world can’t fix a bad business. Your ultimate goal should be to build a great business.”