How to push real-world efficiencies closer to laboratory levels

Tested in the lab, HVAC system efficiencies are measured at their peak in almost perfect conditions. Repeating those results in the real world takes knowledge and effort both when the system is installed and as it is maintained. A significant part of real-world efficiency is the duct system. There are diverse types of ductwork for unending applications. Normally, that is the topic that HVAC contractors could argue about. This time, however, the conversation turns to duct sealing and what it means in terms of system efficiency and energy savings.

In its own duct sealing campaign, Energy Star® warns homeowners with forced-air heating and cooling systems that approximately 20 to 30 percent of the air that moves through the duct system is lost due to leaks, holes, and poorly connected ducts.

“The result is higher utility bills and difficulty keeping the house comfortable, no matter how the thermostat is set,” states the Energy Star website. “Sealing and insulating ducts can help with common comfort problems, improve IAQ, and reduce the occurrence of gasses back drafting into the living space.”

The entity warns that gaining access to ductwork can be difficult, but still provides a do-it-yourself list for homeowners, including inspection, sealing holes with duct mastic or foil tape, and wrapping ducts that go through unconditioned space with duct insulation. Once all these steps are taken, Energy Star suggests that homeowners contact a professional to check the system. It also lets homeowners know that most professional HVAC contractors will repair and install ductwork.

According to Energy Star, the four most common duct problems are leaky, torn, and disconnected ducts; poorly sealed registers and grills; leaks at the furnace and filter slot; and kinks in flexible ductwork, restricting airflow. Solutions for these problems include repairing and sealing the ducts; ensuring that registers and grills are tightly sealed to the ducts; sealing the furnace and filter slot; and properly insulating ducts in unfinished areas.

Together, duct sealing and insulation create a symbiotic relationship that can yield increased efficiency and comfort.

“When you're talking about your ductwork, if you don't seal it properly, then the insulation doesn't do its job,” said Brennan Hall, senior HVAC product manager, performance materials, Johns Manville. “We go hand-in-hand with the sealing of the ductwork.”

He explained that once the system is sealed, the insulation conserves energy by delivering the desired temperature being requested from the air handler through the duct system with as minimal heat loss or heat gain possible, depending on which mode is selected.

“If you're not losing or gaining heat as it goes through the ductwork, this is obviously going to help get the building or home temperature to the desired set points on the thermostat quickly,” said Hall. “Then it's going to stop the system, the fan is going to stop running, and that’s going to help keep energy costs down.”

“The vapor barrier that's on our products, whether duct wrap or duct board, makes a big difference for that," said Hall. “Johns Manville duct board can dampen unwanted noise and promotes consistent temperatures for less wasted energy. In addition, it contributes to a healthier indoor environment through less air leakage and is protected against damage from microbial growth.”

Not only does the company help contractors by making multiple products to address noise and efficiency in ductwork, but the company has also created a free, online training series around its HVAC and mechanical insulation solutions.

“The Johns Manville Academy provides access to interactive training modules that explain everything from the very basics of insulation systems to how to sell and install Johns Manville HVAC and mechanical products,” said Hall.

From The Inside Out

Bill Diederich, vice president of residential at Aeroseal, said that sealing ducts is the best way to achieve maximum efficiency from equipment. 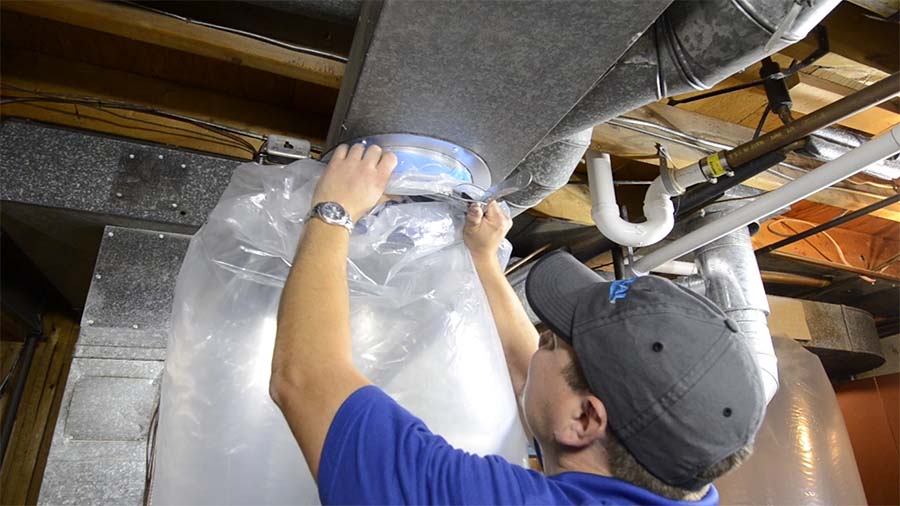 “In fact, for retrofit projects, duct sealing can allow for downsizing to a smaller, less costly heating and cooling system,” he said. “Research shows that up to 40 percent of the air being supplied to or exhausted from a room is lost due to duct leakage. As a result, the HVAC system must work harder and longer than normal to achieve and maintain a comfortable room temperature. This wastes energy and wears on the air handling unit over time. By eliminating the duct leaks, the HVAC system can operate at peak efficiency without wasting energy or decreasing the equipment life.”

The duct sealing that Aeroseal provides comes primarily from inside the duct system as opposed to the outside. Holes that are smaller than 5/8- inch will be sealed with the Aeroseal system that was designed to simplify the duct sealing process mentioned above. 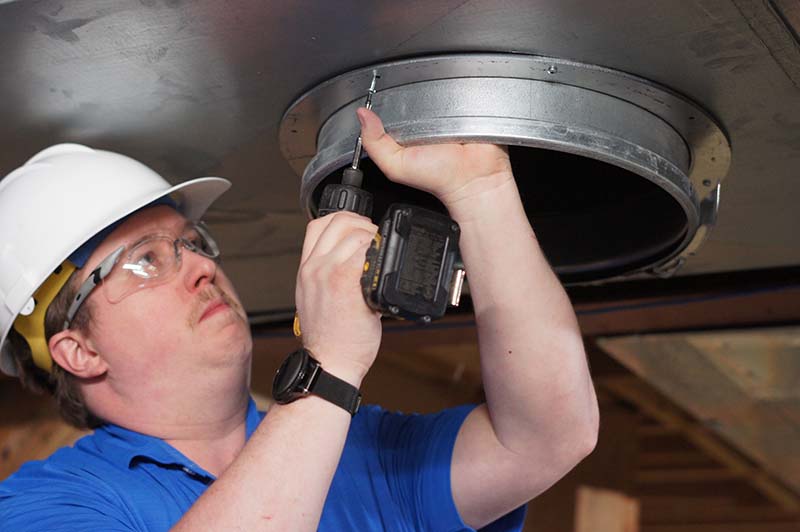 “By injecting aerosolized sealant into pressurized ductwork, Aeroseal seals ductwork from the inside, regardless of where it might be located, including inaccessible ductwork located behind drywall,” said Diederich. “The system's software tracks leak reduction in real time and provides a certificate of completion showing before and after leakage.”

Any leaks larger than 5/8-inch holes can be manually sealed. Major leaks — like broken, disconnected, or damaged ducts — should be repaired prior to sealing. According to the company, contractors will find these through a pre-sealing visual inspection. If larger issues are found while applying Aeroseal’s duct sealing spray, the system is immediately paused to stop the flow of sealant, inspect for the problem, and provide an on the spot solution before resuming the seal.

“In addition to increased efficiency, customers will find that duct sealing eliminates uncomfortable and uneven temperatures in the home; keeps dirt out of the ductwork, air handler, and the air they breathe; and can reduce energy bills by up to 30 percent,” said Diederich. “For homeowners, it's the simplest, most effective way to improve air flow and ventilation in the home for greater comfort and better air quality while saving energy and reducing utility bills.”