This website requires certain cookies to work and uses other cookies to help you have the best experience. By visiting this website, certain cookies have already been set, which you may delete and block. By closing this message or continuing to use our site, you agree to the use of cookies. Visit our updated privacy and cookie policy to learn more.
Home » HVLS Fans Offer Solution for Area Ventilation and Indoor Air Quality
NewsIndoor Air QualityVentilationFans

Large spaces, such as distribution centers, require effective ventilation to ensure proper airflow and efficient temperature control. High-volume, low-speed (HVLS) fans offer an affordable and effective solution for this, as well as demonstrating success in smaller applications and reducing pathogens in indoor environments.

Mark D'Agostino, general manager and senior vice president for Hunter Industrial, said that the concept of HVLS fans is creating a large diameter fan that moves at relatively low speed yet circulates massive amounts of air.

He said that the most common applications involve open areas where people congregate for work, such as warehousing, distribution, manufacturing, aviation, or agriculture (greenhouses, dairy farms, etc.). Typically, he advised, there should be relatively high ceilings of about 15 feet or higher.

“Certainly, their primary benefit is they provide a cooling effect,” he said. “In cold weather, they pull the heated air that gets trapped up near the celling down to where people are working.” In this process (known as destratification), people are able to feel the effects of the heat that's being generated in the building and dramatically reduces the consumed energy used to heat that building.

“HVLS fans pulling that air down in the winter can result in up to 30 percent lower utility bills in large facilities,” he said. He added that fans speed the drying of water, whether that is needed because of cleanup cycles, sweating slabs, or water condensation. Plus, by improving air movement, dust can be circulated to vents, wall louvers, or other equipment that will remove the contaminants from the air.

He explained a few features that contractors should look for in an HVLS fan.

The first is the blade design, he said. Hunter Industrial offers fans ranging from 7 to 24 feet in diameter, he said, and adjusts the pitch for blades based on the diameter of the fan.

“The amount of maintenance that a fan requires should be considered critical in the decision making process,” he added. “Typically, these fans can be 25, 30, 35, even 40 feet in the air over people that are working, and many times over equipment that owners do not want to take out of service.”

Fans with direct drive motors are noted for their lack of maintenance he said, which means that once a fan is put up, it does not need to be accessed again. In addition to that, he said that these direct drive motors include wall controls that incorporate remote diagnostics, so technicians can troubleshoot from the floor instead of needing to access the fan.

“Nobody has to move people shut down equipment or cause potential safety hazard on job sites,” he said.

Andy Olson, marketing manager for Rite-Hite, briefly explained the history of HVLS fans, saying that they began in large non-conditioned spaces (such as distribution centers) in areas like the South and the Southwest. However, over the years, the product has moved into the Midwest. They would help make the environment more comfortable in the summer for those areas, but even during the winter, HVLS fans would destratify the air and prevent warmth from being trapped in the ceiling. 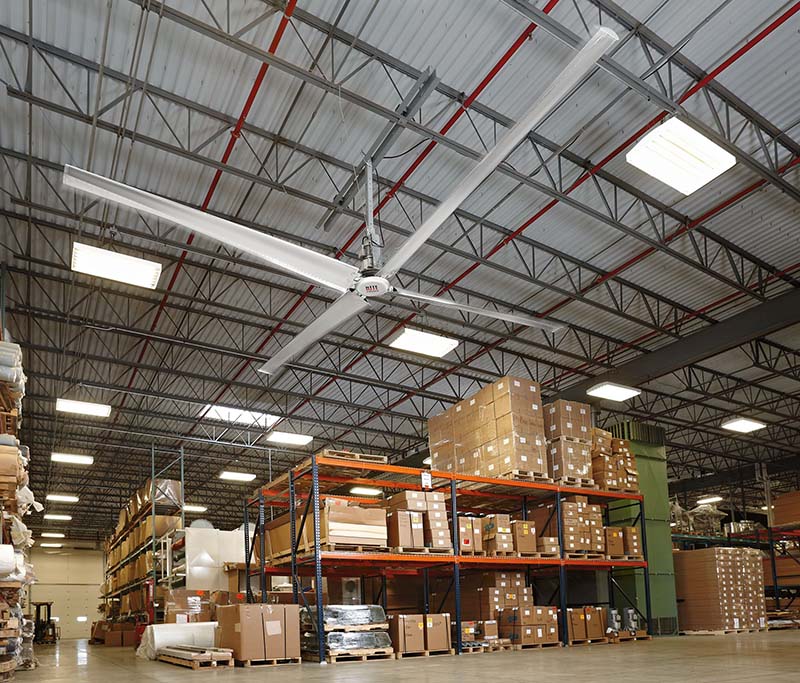 Olson said that contractors can select between geared motors and direct drive ones.

“Geared traditionally has a little bit more horsepower,” he said. “Because you’re having to spin these big blades fast. There's a lot of torque there.” Because of this, he recommended geared motors for use in exceptionally large locations, such as Amazon warehouses, when the extra horsepower is needed to move as much air as possible.

“The benefit of direct drives is that they’re typically quieter than a geared motor,” he said. He explained that because of this, they frequently fit better in commercial applications such as schools or restaurants, where conversations must take place.

Olson added that having local service and installation support is critical for correctly installing and maintaining HVLS fans. This can be helpful when a contractor needs to find the best locations for placing HVLS fans, which manufacturers can help with.

“We look at it and say, ‘What are you trying to do in that space?’” he said. “Let's specify and select the right number based on what the objectives or the needs are of a given space.”

He described how employees of Rite-Hite will walk through a building with a contractor (or look at architectural plans) and advise on the best places to install HVLS fans according to the needs of the building.

“There's a lot of local support that can aid somebody who hasn't worked with HVLS fans in a project before,” he said.

Alex Risen, public relations for Big Ass Fans, said that fans and air purification systems can be tied together in potentially unexpected ways. He cited an example from Rwanda, where a hospital installed UV-C trays to eliminate the spread of the airborne pathogen tuberculosis. Initially, the trays killed approximately 12 percent of tuberculosis bacterium. However, after installing Big Ass Fans HVLS fans, the newfound air circulation in the hospital resulted in the trays killing 89 percent of tuberculosis bacterium. 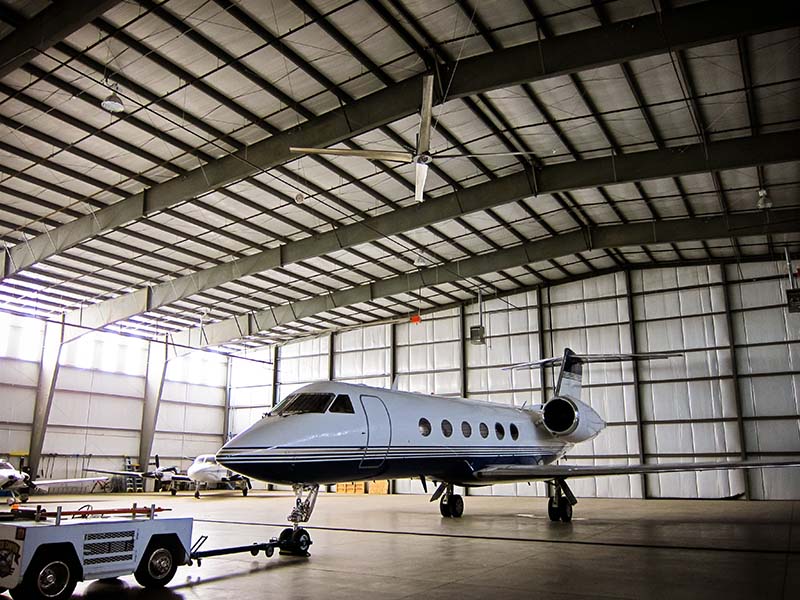 “UV and ion technologies are not new,” Risen said. “The benefits of combining them with fans allows for adequate distribution and utilization to optimize the system and increase efficiency of kill rates, creating cleaner, healthier, safer spaces to live, work, and play.”

Big Ass Fans is releasing a product, the Haiku, which includes UV-C technology to kill pathogens that pass through it. The UV technology has been used in hospitals for decades, but Risen promoted its introduction into more common industrial, commercial, and residential spaces.

He explained that some fans already include a normal light, so installing a UV-C light in that same location is relatively easy. The correct fan decision should be based on customer’s desires, Risen said.

He advised that contractors need to talk with the end user about the desired return on investment, as well as the willingness to pay certain upfront costs in an effort to save money in the long run.