Distributor tactics range from tents and trucks to reassessing technology

Distributors have seen the novel coronavirus affect every aspect of running their businesses, from daily basics to handling returns to a team’s communication and general mental health. Beyond that, of course, awaits the economic downturn and all its associated challenges and personnel decisions.

The input of a few distributors, a distribution consultant, and a new weekly HARDI survey sheds light on not only some of the fallout but on a number of ideas and countermeasures to consider.

Safety is First in the Distribution Industry

“All the counters are essentially closed off. We’ve set up pop-up tents outside of our branches with tables. In some cases, multiple tables with separate stations. We even set up port-a-potties so customers don’t have to enter the branch.”

At an American Supply Association video panel in April, hosted by ASA’s Mike Miazga, ASA president Bill Glockner shared those changes at Hirsch Pipe & Supply, where he is president and CEO. 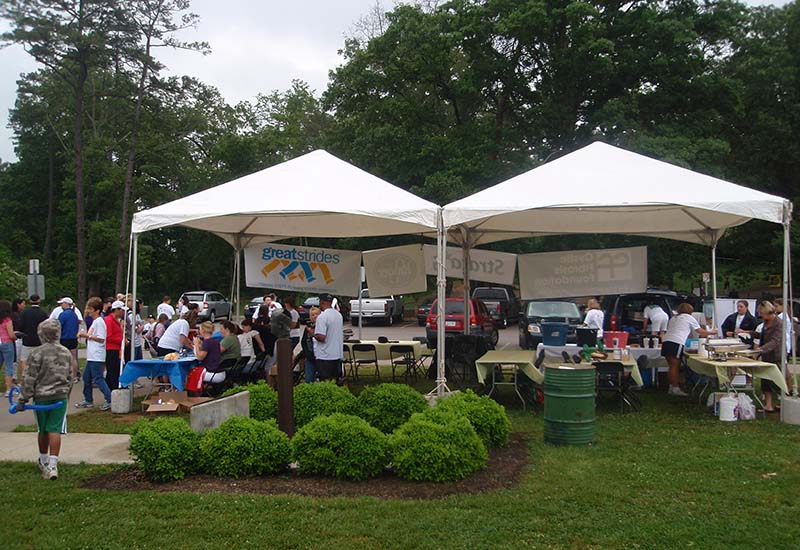 TENT SALES: Tents that are more familiar in the context of community events can play a role in safety strategies for distributors. Hirsch Pipe & Supply has used tents and portable toilets to minimize customer traffic indoors. Photo by Joel Kramer, CC-by-2.0

Hirsch employees now use their own cell phones as part of the company’s elimination of sharing computers or other devices for the time being. Hirsch has also issued bandanas, which Glockner said has contributed to employees feeling more comfortable along with now common measures like hand sanitizer and social distancing.

Steve Edwards, Winsupply senior vice president of marketing, also participated in that panel. Part of Winsupply’s response has been to allow “for more electronic correspondence, texts, online ordering, those types of things,” he said.

“We’re really encouraging the presidents of our locations to make sure they disinfect everything, even inside the trucks they’re driving,” Edwards relayed on the immediate worker safety side. Their objective is to create spaces for transferring materials that do not require direct contact with or for customers.

Of course, materials are not always moving outbound. Returns represent another area where distributors must rethink the details.

“At first, we were pretty strict about returns,” Glockner recalled, “but we’ve had to move to a more lax policy.”

Hirsch still does not process immediate returns and will quarantine the material for up to 48 hours before inspecting it.

Bill Condron, president and CEO of The Granite Group in Concord, New Hampshire, elaborated about his company’s approach on that call as well.

“In each warehouse, we actually set up five pallets marked ‘Monday’ to ‘Friday.’ Any return we take, everyone’s wearing gloves,” he said. Items go on the proper pallet and sit for a day or two before opening.

“So it’s kind of a way to stagger it,” he explained, “and by and large, customers understand it, they know why we’re doing it. It’s just another precaution to make our people feel a little more comfortable, which is paramount.”

Caring For Customers During COVID-19

Customers may understand about processing returns, but what should distributors understand in order to make sure their customers keep returning?

Bruce Merrifield, Jr. is president at Merrifield Consulting Group Inc. Merrifield posted several tips early in the crisis, including three exercises specific to crises like this.

“Survey the top ‘x’ of most-net-profitable customers for what special service accommodations or problems they have,” he wrote. “Disrupted businesses have new needs.”

Edwards echoed this line of thinking. He described this moment as an opportunity to “really step on the gas pedal a little bit, and make sure that you know what your customers’ needs are. Also where your vendors are being affected in other markets and how that might affect you.”

Merrifield added that distributors could expand this exercise to their customers with most potential to join that most profitable category.

His last tip in this area focuses less on upside than on staying afloat: “Guesstimate which customers are ‘swimming naked,’” meaning those with too much debt and in danger of collapsing.

Merrifield noted that while the federal government may bail out over-indebted big companies, smaller companies may not fare as well. He advised distributors to figure out whether they may want to offer extended flexibility, and if so, to which customers.

The weekly member survey that HARDI launched in mid-April reinforces the need to reckon with that sort of scenario. HARDI’s Sarah Jilbert and Brandin Bursa made clear that this survey is “not statistically significant” and more of a complement to its monthly benchmarking, but it remains an attempt to gather a series of swift snapshots.

The first set of distributor respondents indicated that 62 percent knew customers who had applied or were going to apply for a loan. This survey coincided with the first window of funding for Paycheck Protection Program loans.

Worse, 20 percent of distributors reported that some portion of their contractor customers were shutting down completely.

Of course, distributors are customers in their own right, and 35 percent of those HARDI participants responded that they had already seen supply chain disruptions. Fifteen percent had seen parts disruptions, and 12 percent noted equipment disruptions.

Over half reported a change in their own ability to pay bills.

Thirty-two percent had reduced employee hours in the previous week, while 30 percent had either laid off or furloughed employees in that week.

In the ASA discussion, Glockner and Edwards offered similar assessments of the damage they expected as of early April.

“I think anything better than 30 to 40 percent off in this environment would be pretty fortunate,” Glockner said.

The strain on contractors can show up in a variety of ways. As expected, many customers have canceled work to avoid having additional people in the house. Other times, the contractor may be able to do the work, but no inspector is available.

Many of the employees who can continue working have found themselves displaced, their own work and life rhythms disrupted in unusual times. A common response on the management side has been to not just communicate well about the changes, but to keep in touch in general with increasing frequency.

Merrifield posted a couple of tips for this area.

“Have a brief crisis team meeting every morning to brainstorm new or emerging issues – problems, opportunities, questions – and their best responses,” he wrote.

Glockner echoed that at Hirsch, “we’re having daily scrum meetings with our executive team.”

The company-wide approach is more complex, with more room for finding the options to suit a particular team.

“You have to strike the right balance between providing optimism but also realism,” Winsupply’s Edwards said. All three panelists on the ASA session agreed that between the virus itself and economic concerns, fear and general anxiety are a daily part of life for team members in this time.

Edwards has focused on emphasizing safety as the top priority, updating on what is going on with the company, and an encouraging tone of getting through the crisis as a team and the possibility of coming out stronger on the other side.

At Granite Group, Condron relayed that Tracy Berg (“chief people officer”), proposed opening a dedicated email address, which they did.

Now, mail to that address goes to Berg, the CFO, and Condron. Condron has called it invaluable. The problems and questions have ranged from “Where can I get wipes?” to a worker who was becoming a father very shortly and was trying to figure out if he would be allowed back to the office if he was in the room for his wife’s delivery.

The email idea aligns with Merrifield’s advice to establish “constant two-way communications between all employees and the crisis team via a company app,” emphasizing that this is especially important for companies with multiple locations.

Glockner described the anxiety employees are dealing with.

“On the one hand, they’re very grateful to have work, and they think that’s important. At the same time, they feel like they’re putting their families at risk by being outside the home.”

Condron added that they also carry a lot of concern for loved ones such as parents or immuno-compromised children.

Both Glockner and Condron have responded in one way by focusing on videos.

“They seem to resonate with people, and people seem to appreciate seeing you and seeing what your thoughts are,” Condron reported — even if they are just two or three minutes long.

With a menu of communications options, the key is to pick some and take action. In this environment, a frequency that may have seemed overdone before can now deliver some reassurance.

“It’s just constant openness and transparency,” Condron said, “because no one knows. We’re just trying to get through this and do what’s right for our businesses and what’s right for people and their families. So communicating to them in a constant way, I think, is really important.”

Skills Can Be Built In Crisis

In turn, all of the ASA panelists could offer examples of employees going above and beyond to help companies adapt to these times. Those adaptation may have to last for a while, according to Glockner. 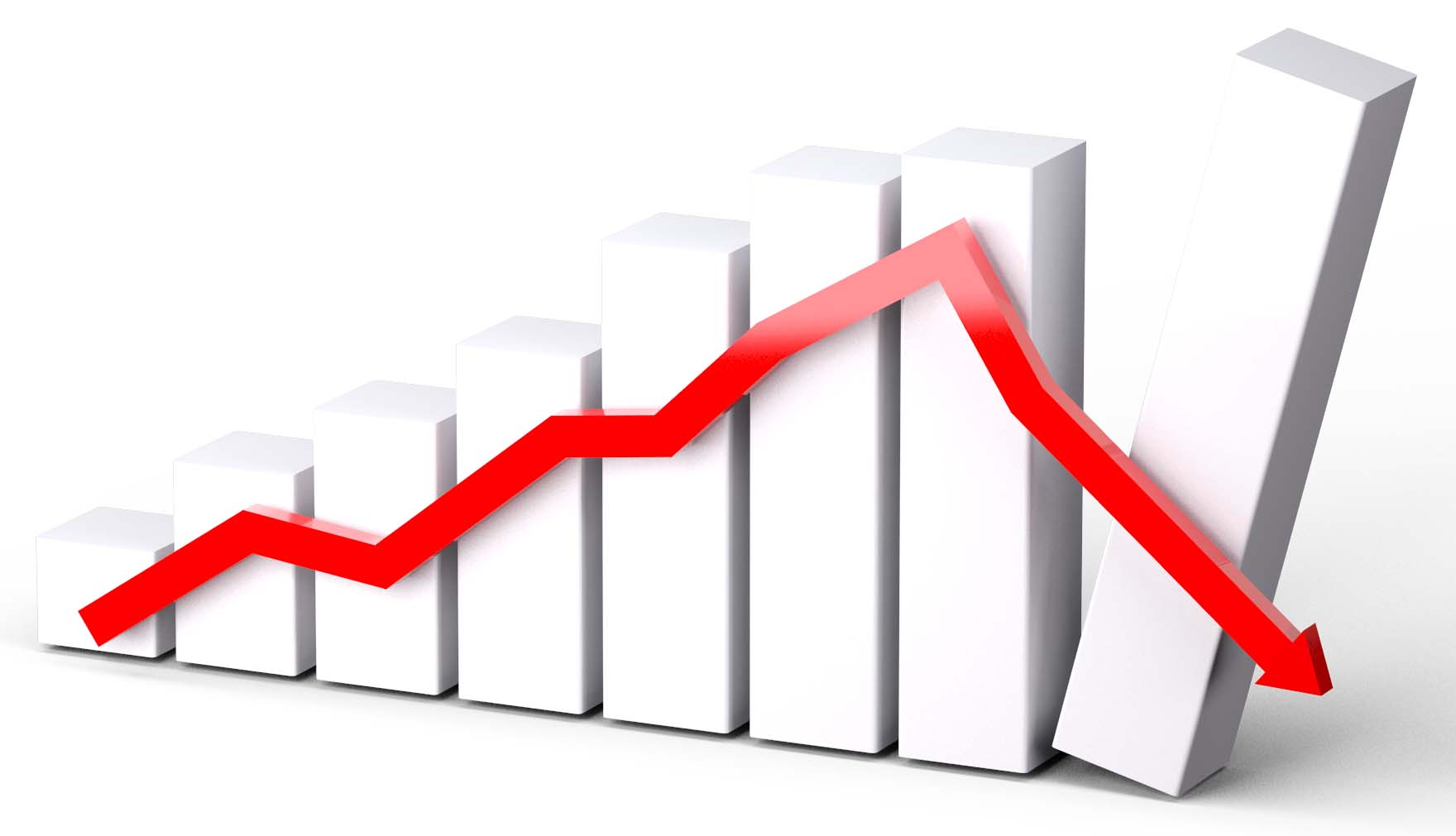 DEEP DIP: More than one distributor on a mid-April ASA panel expected that business would dip 30 to 40 percent in the subsequent weeks and months.

“We’re projecting that we’ll be experiencing some effects at least through July, August, and then even after that.”

Some of the maneuvers distributors have had to make to adjust to the short term may also yield longer-term benefits. This may be true nowhere more than in the realm of technology, where Merrifield said distributors may improve customer relationships by doing things now like experimenting with each customer’s preferred e-tools.

On the internal side of that issue, Edwards noted the pandemic “has forced a lot of people to get very comfortable with technology … who may not have been comfortable doing things like texting or doing a Zoom call,” Edwards said. “So I think that will help us in the future.”

While all involved would like to see that future arrive as quickly as possible, Glockner says that his team “tries to tell ourselves that we just need to stay focused on the present.

“The key is we need to take this day by day, minute by minute, and just stay in touch with each other. That’s going to be the key to getting through this.”

HARDI set an early pace for delivering COVID-19 online resources to distributors. As conditions have evolved, the association has updated the page at https://hardinet.org/covid-19-resources.

Three items added after the first wave of videos, news items, and economic analysis included articles and links such as:

Meanwhile, the American Supply Association is maintaining a coronavirus-related resources page as well. Mid-April updates include:

Eight Simple Strategies for Surviving This Summer of Shortages