As electric vehicles further attempt to replace conventional combustion engines to reduce fossil fuel usage, the National Renewable Energy Laboratory (NREL) is exploring what would happen to the U.S. economy if electrification took hold across the U.S. In its 108-page document titled “Electrification Futures Study: End-Use Electric Technology Cost and Performance Projections through 2050,” the NREL named residential and commercial buildings as the largest primary energy consumers in the country.

To clarify, the NREL defines “final” energy as the energy consumed on site but not the fuel used to generate the electricity.

This statement boils down to the fact that electrification is knocking on HVAC’s door and contractors are going to have to be educated on how to navigate another new technology.

Electrification of HVAC Could Be A Game Changer

Electrification isn’t about to happen overnight, but paying attention to the topic is advised by several HVAC contractors, including Chris Crawford, owner of Spring Branch A/C, Spring, Texas. 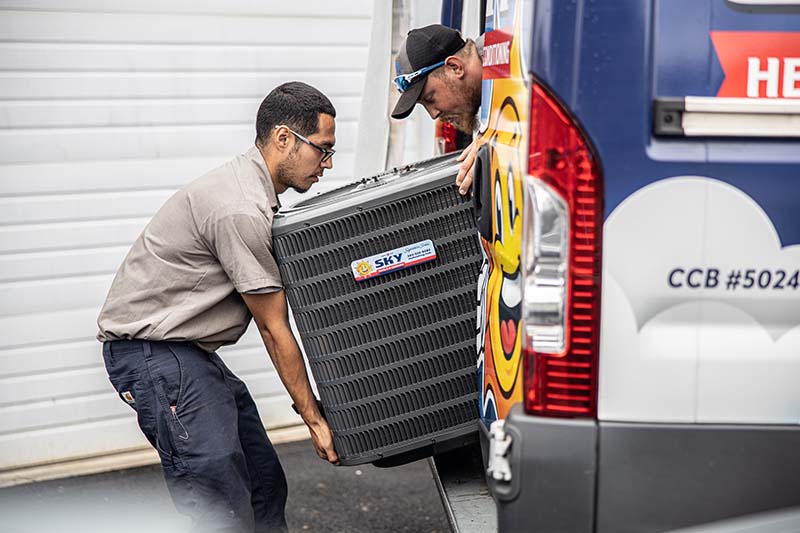 UNDERSTANDING THE CHANGE: Travis Smith, president of Sky Heating & AC, Portland, Oregon, is concerned that contractors don’t have a full understanding of what’s coming with the electrification of HVAC.

“This trend is just barely beginning,” he said. “I expect it to continue at a dramatic increase for at least the next 10 years.”

Travis Smith, president of Sky Heating & AC, Portland, Oregon, is concerned that contractors don’t have a full understanding of what’s coming with the electrification of HVAC.

“At industry meetings, I ask others about this, and I would say eight out of 10 have no idea that states and cities have already enacted legislation to ban gas furnaces from homes,” he said. “In some areas, gas furnaces are starting to go away in less than 10 years, and if that’s your bread and butter, you will need to start learning about the alternatives sooner than later.”

In essence, electrification of HVAC removes systems that rely on fossil fuels like natural gas or fuel oil. The goal is that space and water heating is accomplished with electric systems. Other items in the home are being targeted as well, especially in regard to cooking and laundry appliances.

“The electrification movement in HVAC is the effort to reduce the impact of burning traditional fossil fuels, usually in the heating mode of HVAC systems,” said Crawford. “Electrification will force homeowners to install higher efficiency systems in their homes, which takes the stress off of the power grids, lessens the burning of fossil fuels, and results in a less expensive energy bill — although this also dramatically increases the upfront costs associated with installing these systems.”

Electrification will have different effects on the HVAC market as well as the economy depending on regional initiatives and demand. States including New York and California are leading the way on the electrification of heating and hot water equipment in both the residential and commercial building sectors. 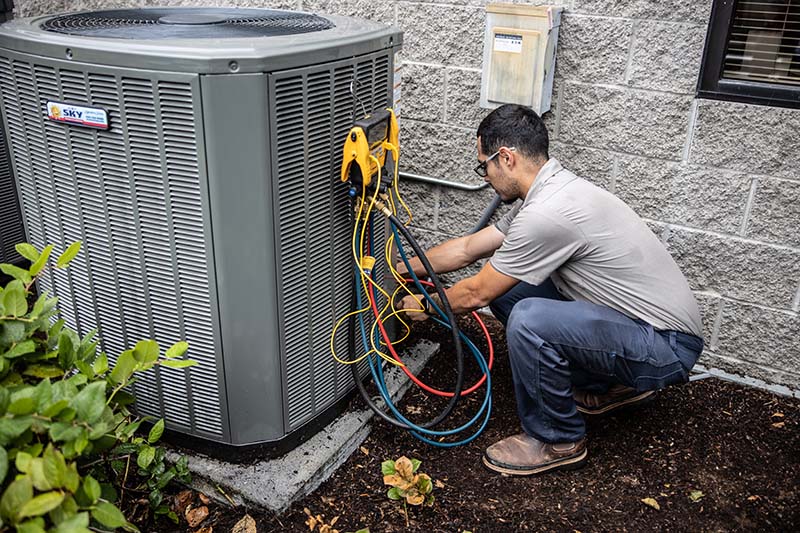 RELUCTANT PARTICIPANTS: The New York State Energy Research and Development Authority (NYSERDA) thinks that a key barrier to electrification of HVAC is a reluctance in the HVAC and general contractor communities in transitioning their installation and service models away from fossil fuels.

According to "Toward a Clean Energy Future: A Strategic Outlook 2020-2023" from the New York State Energy Research and Development Authority (NYSERDA), New York State is working to achieve a carbon-free electricity system by 2040 and eventually be a carbon-neutral economy. To accomplish this initiative, NYSERDA has broken its strategy into four main focuses: building a resilient energy system, energy affordability and equity, decarbonizing transportation, and the electrification of buildings.

In the section of the report about the electrification of buildings, new terms arise for contractors to watch for, like clean heating and cooling. This refers to NYSERDA's action plan to "provide support to communities and local groups to stimulate adoption of heat pumps along with building envelope solutions," stated the report. Another action plan is to further develop the clean heat supply chain by “supporting development activities to draw larger HVAC companies and general contractors into the heat pump business and grow businesses that are selling/servicing heat pumps."

These initiatives have been planned and supported by New York State, NYSERDA, and other agencies and local lawmakers, but these entities also have identified what they call key challenges or barriers to the success of this plan. One of those barriers is the high cost to electrify systems compared to fossil fuel alternatives. It is here that contractors’ customers could feel direct effect from this plan.

“Electrification will require a lot of service upgrades, as many older homes will not have the capacity for an electric heating system in their home,” said Smith. “Overall, it will greatly reduce carbon emissions and reduce or eliminate the products of combustion in a home for a possibly safer home.”

Contractors are also raising concerns about issues in regions that rely heavily on fossil fuels for energy, even though it is not considered final energy use.

“Depending on the region, won’t electrification raise a customer’s utility bill?” asked Paul Sammataro, president of Samm's heating and Air Conditioning, Plano, Texas. “In very cold climates, an all-electric system will not be very efficient as the temperatures drop and stay below freezing; and until they figure out what to do with the coal powered electric plants, I do not think this will be a nationwide option. There are many states that are 80 percent reliable on coal fired power plants to generate electricity.”

Other key challenges identified in the NYSERDA report include a lack of consumer awareness about clean heating and cooling options; a shortage of qualified labor to rapidly scale the market; and a reluctance in the HVAC and general contractor communities in transitioning their installation and service models away from fossil fuels.

"The electrification of HVAC will impact a contractor's business tremendously," said Jeff Ledsinger, chiller and VRF product manager, director of sales, Bartos Industries, Houston, Texas. "We take the electrification message to customers when discussing our chillers and ductless/VRF systems. Electrification is a major marketing strategy for two of our main product lines, so we are very familiar with the concept and the message."