The HVAC company is now in its fourth generation

On May 20, 2020, DeHart Air Conditioning, a mechanical contractor based in Chickasha, Oklahoma, will turn one hundred years old. A century and four generations after its founding, it’s still in the DeHart family. They keep coming back.

The First Generation of DeHarts

Ed DeHart, founder of the company now known as DeHart Air Conditioning, was one of 12 sons. He came to Chickasha and learned the sheet metal trade while working at a blacksmith shop. Then, he saw an opportunity and opened up DeHart Sheet Metal, which manufactured heating furnaces and ventilation products, among others.

Of everything he made, two products stuck out: an automatic skylight ventilator that hydraulically opened and closed based on heat, and a cyclonic dust separator that removed the dust from cotton gin factories. He patented these products and began selling them in the United States, and the money he made with those products became the bedrock for the company’s 100-year legacy. 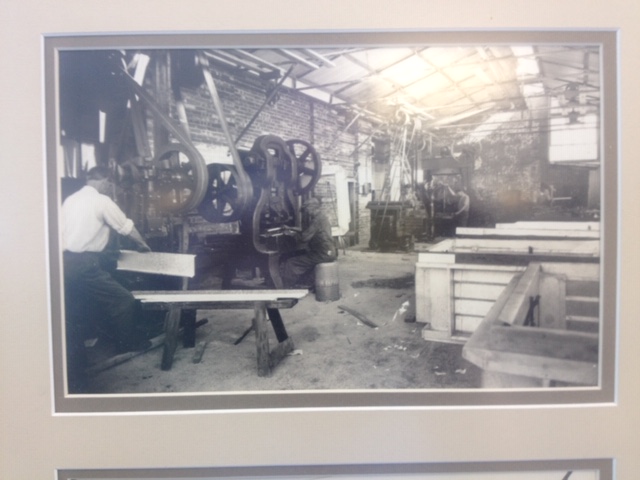 Ed DeHart invested in new technology and became the first automated sheet metal fabrication shop in the Southwest, according to Mark DeHart, his grandson and the owner/president of DeHart Air Conditioning.

“They used steam driven turbines to operate belts and the belts would drive the press breaks and shears,” Mark DeHart said. “And it was quite the thing. Several articles were written on it back then, about the new technology. It’s kind of funny when you look at it compared to what we have today.”

And that’s when the economy started changing. In 1937, Ed DeHart noticed air conditioners becoming increasingly prevalent, and he went back to school and received a diploma in air conditioning and drafting. He came back to his shop and manufactured a central system.

“He called it the Force Flow Air,” said Mark DeHart, “and it was a complete heating and cooling system that took up the whole basement.”

The Second Generation of HVAC

“Ed’s son, my father, Elmer,” Mark DeHart explained, “worked with Ed in the shop as a young man, and he evidently had a knack for making money.” 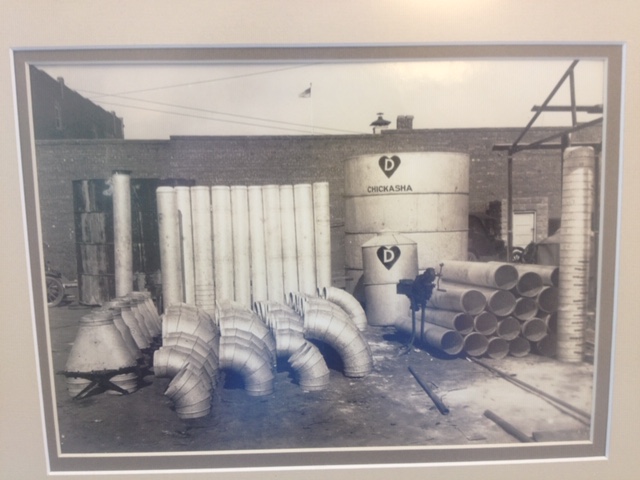 “He had a witty personality,” Mark DeHart continued. “He was in the Philippines in World War II. He returned home and went to Oklahoma State University (OSU) and received his mechanical engineering degree. He then returned to Chickasha and joined his father Ed in business.”

With the two of them working together, they changed the name from DeHart Sheet Metal Works to DeHart Air Conditioning and Electronics, which is currently the official name, although the business usually advertises itself simply as Dehart Air Conditioning. In 1965, the original storefront was torn down and a new building was built to house the company, which is still in use today.

“At that time,” Mark DeHart explained, “with Ed’s experience in the sheet metal fabrication and Elmer’s knowledge in air conditioning and heating, the business flourished.”

The city of Chickasha was on the rise, too. Elmer DeHart worked on getting involved in the community, teaching business seminar classes for OSU for about 20 years, as well as for ASHRAE. He received an honorary membership for life from ASHRAE for his involvement. In 1963, Elmer DeHart became the Chickasha chamber president and worked on the economic development council that had a vital role in bringing several new manufacturing facilities to Chickasha, said Mark DeHart.

The Third Generation in a Family Company

Elmer DeHart had four children, and the youngest son, Mark DeHart, went to OSU, received a business degree, and joined the family business. 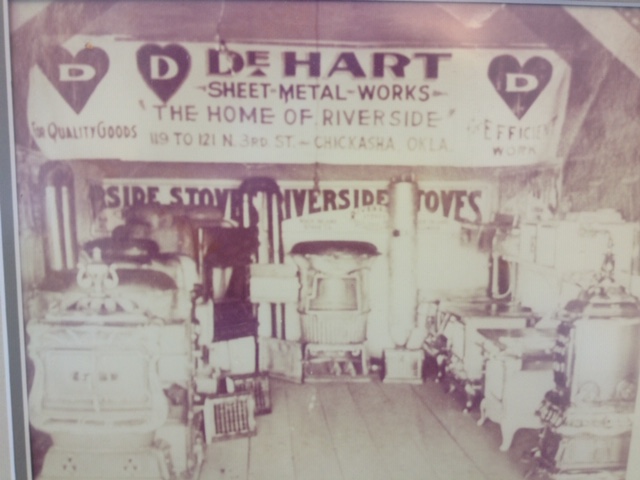 “I was able to grow the business by expanding more work towards our commercial and geothermal markets,” Mark DeHart said. “My brother was older and had started a general contracting company when he got out of college. And it turned out to be one of the fastest-growing general contractors in the state and still is a major force today, which is CMS Willowbrook Company. With the connection between a general contractor and DeHart’s pushing towards commercial, our business grew substantially in the 80s and 90s. We doubled our annual volume during those years, which grew to around $4 million annual sales.”

“Seth, my oldest son, has great abilities; he earned a construction management degree, and John excelled in the technical side of the business.”

“We are now around $5.5 million [dollars],” said Mark DeHart, “and we have seen sustained growth from day one till now. Next year will be our hundredth year, so we see great opportunities in continuing on the legacy.”

For this company, 100 years involved four transitions between generations.

“I saw my grandad realize that he needed to step back and let Elmer take the reins and go with it,” said Mark DeHart. “Then when I got out and got in business with my dad, I had a lot of learning to do. Before long, he was able to start spending more time on his hobbies and less time at work.

“Right now, we’re in the transition of my generation to my sons,” he continued. “I’m 65; I’ve already turned over the reins of all operations, so I’m not a nuts and bolts guy. I feel like I’ve already retired, but I am available anytime to help them do what they need. And I’m still overseeing the financial side to make sure that they’re not biting off more than they can chew. We always put faith and family first. We have some good discussions and some heated and some not, but we play golf together, we go fishing and hunting. So it’s a pretty good deal. I’m seeing that they are going to take it to a whole other level with what they’re doing.”

Each of the three generations following Ed DeHart has chosen to stay involved in the family business. But they’ve never been forced into it.

Mark DeHart said he stayed in the business because he enjoyed it.

“I didn’t know all that much about business and advertising,” he said. “Over the years working with [my dad], it became fun.”

Seth DeHart explained his reason for staying in the industry.

“We never did the same thing on any one day. It’s very wide open. We get a vast range of experiences and challenges. Dealing with construction and seeing the fruits of your efforts being constructed and built and finished is very rewarding. Dealing with people, both employees and customers … That whole part of it was something fun for me and something I enjoyed doing.

“The other part of it is having a sustainable business already here and having something that I could grab on to and hopefully take it to the next level,” he added. “Kind of having a head start in life….it was always a fairly easy decision.”

The Past, Present, And Future Of DeHart

In the 23 years that Seth DeHart has been with his company, he has seen changes. But he has also seen things stay the same, like the company’s core values.

“It’s trust — not only to generate trust to your customers, it’s having your employees trust you,” he said. “We don’t do halfway work; when the job’s done, we expect it to be right and expect it to look good every time.” In terms of leadership, he said, “We try to lead people by example.”

Amy Spinnie, administrative assistant at DeHart Air Conditioning, has noticed these values, too.

“Being a family-owned and family-oriented company, the Deharts care about all their employees and make us feel like we have a little family here at work,” she said. “DeHart Air Conditioning is very involved with the community. We see each customer and their comfort as our No. 1 priority.”

Seth DeHart mentioned that the company’s values might sound generic, but that’s because they’ve been around the longest and they’re the answers that work.

Concerning changes, Seth DeHart discussed the ever-evolving issue of technology, pointing out that the company began as a sheet metal company. The market in Oklahoma has changed as well. “We’re almost an 80 percent commercial contractor with 20 percent residential, whereas 15 to 20 years ago, it was just the opposite.”

Currently, according to Seth DeHart, the company has about 37 employees and is doing about $5 million. The long-term goal, he said, is to become a $10 million company, whether that be through organic growth or acquisitions.