This website requires certain cookies to work and uses other cookies to help you have the best experience. By visiting this website, certain cookies have already been set, which you may delete and block. By closing this message or continuing to use our site, you agree to the use of cookies. Visit our updated privacy and cookie policy to learn more.
Home » Contractors Jump Hurdles to Bring High School Students Into HVAC
Training and Education for Contractors

A daily reality for contractors is the lack of people interested in pursuing a trade — HVACR included. Contractors across the nation are searching every pool for potential employees. The candidates they are finding and recruiting can look like former teachers, business people, even the occasional police officer. Some have even been lucky enough to hire trade-school graduates. The potential candidate pools are growing dry, however, and contractors are seeking a new source of fresh and willing talent. Cue high school students.

Recruiting high school students to the trades is a challenge that presents substantial hurdles. Funding has been cut to shop classes, parents don’t want their children in the trades, and the security measures in place to protect students make it difficult for local contractors to stop in and educate students about what it means to be a tradesperson.

“Students themselves have not been the challenge,” said Aubrey Marrero, recruiting liaison, Isaac Heating & Air Conditioning, Rochester, New York. “Students are generally very interested and engaged when you can present the experience in a relatable manner. Getting into a district or a certain school requires patience and persistence. Some districts may or may not respond to calls or emails. Sometimes it’s a bandwidth issue, and sometimes it’s the red tape that has been created by this idea that all kids go to college — or should go to college.” 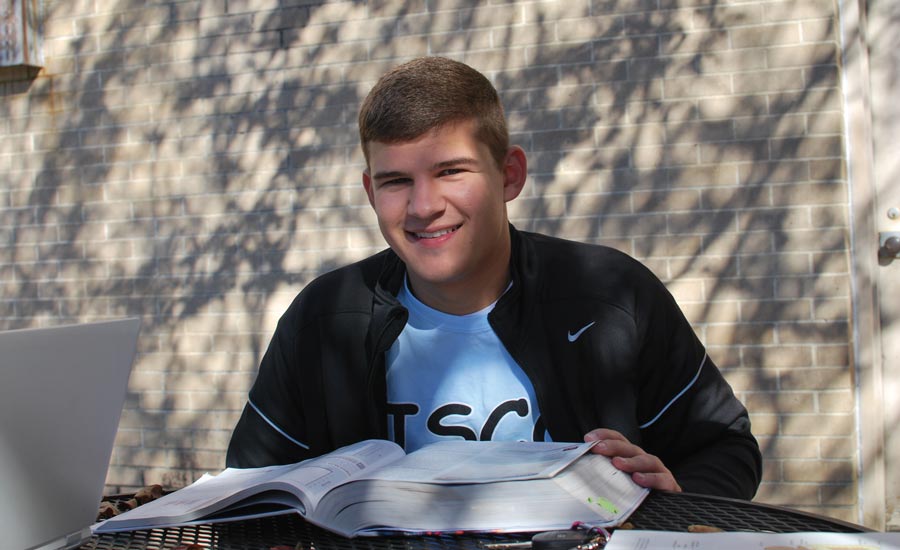 RELATING HVAC: “Students themselves have not been the challenge,” said Aubrey Marrero, recruiting liaison, Isaac Heating & Air Conditioning, Rochester, New York. “Students are generally very interested and engaged when you can present the HVAC experience in a relatable manner.”

Marrero explained that traditions get in the way but that this is a hurdle contractors can overcome — and she speaks from experience. Isaac Heating & Air Conditioning is involved with schools over six local counties in upstate New York.

“Once you are in, the waters are pretty smooth,” she said. “We have been lucky enough to see an increase in submission to our training programs. Schools have actually started seeking us out to make sure they were able to secure their tours or speaker sessions with us for the year. In our opinion, our greatest success is the art of creating awareness with these young people and, quite often, their families.”

Michael Appleton, integrator at Appleton Campbell, Warrenton, Virginia, understands that high school engagement comes in many forms. Not only does this include being active in the community and school-involved events, but it can also be in the way of event sponsorships that bring name recognition and can help build trust.

“I have personally met with the principals/high school trade program directors in our county and a county to the south to help them understand the way Appleton Campbell, as a company, can help make their student programs better,” he said. “We have provided them with extensive lists of what we, as an employer, feel would be the most important things to learn as a student who is thinking of pursuing a career in the trades.”

According to Appleton, any change he sees often takes an entire school year or more to complete — and this is not unique to any one school or school district. As for the students, one of the issues that Appleton has seen in his efforts is that high schoolers can have a tendency to change their minds at rapid rates.

“It’s not even really an issue, just a natural human trait,” he said. “Eighteen-year olds lose and change interest in things often. But overall, we’re not running into many problems in this regard.”

“The first thing that has to happen is that contractors need to create or adopt a process internally that establishes a career path for their organization,” said Aaron Schuh. “If contractors don’t have that in place, they can’t go and talk about it.”

Schuh, president and founder of Recruit4Business in SeaTac, Washington, explained that this step is a key aspect for recruiting success because of the societal push to find and acquire a good job by going to college, getting a degree, and entering a strong career field.

“We have done a really good job teaching children as they grow up that they will need a good career and to be thinking about their future,” said Schuh. “This becomes the starting communication point with them about the availability of a career in HVAC, even though it doesn’t necessarily include starting a college degree.”

He suggested that once contractors have this internal career path in place, they should turn it into talking points that address different audiences, like school districts, students, parents, and trade school graduates.

With a career path and talking points in hand, contractors can find easier access points in schools that have shop classes or any types of trade classes for their students, according to Schuh. If these classes are at the school, find out who the instructor is and start a conversation.

“If they don’t have that, then contractors will have to come at it from a different angle within the administration of the school, like a school counselor or vice principal or somebody in that arena that will get on a phone or set up a face-to-face meeting,” he explained. “Once contractors have a meeting, they are basically selling the school like they would be selling the student in regard to what HVAC offers in the way of careers.”

Having done all the work to knock on doors and the preparation to offer careers, the next step for contractors is to engage the students. Schuh said that going into the school once a quarter is a good strategy for contractors to aim for, especially on their first foray into high school recruitment. This time frame provides three points of contact and a possible summer internship offer. He also said that contractors shouldn’t be as concerned about what type of hands-on classes are offered at the school. Success in this venture won’t come strictly from an HVAC class.

“Woodshop by itself is still a hands-on skill, and it translates extremely well for us in sheet metal and electrical,” said Schuh. “Anything that’s working with their hands is going to translate well. Some of them will have auto mechanic classes. We’ve been able to successfully hire auto mechanics and get them trained up as HVAC technicians. It’s a very easy transition for them.”

Acknowledging that many schools have cut their funding for technical courses, he also encouraged contractors to swing by the science wing and see who was building robots after school. Some of those students could make good technician candidates as well.

One of the keys to success with the school systems and the students is a connection with the teachers. Partnering with a teacher, instead of taking over a class, is likely to go a lot further in recruitment efforts. In fact, it is the teacher who knows the students best and can provide contractors insight as to those who would be good HVAC technician candidates.

Recruiting programs in high schools are different across the nation. Area, funding, even the presence of unions can change the pool that contractors are looking to find new recruits. 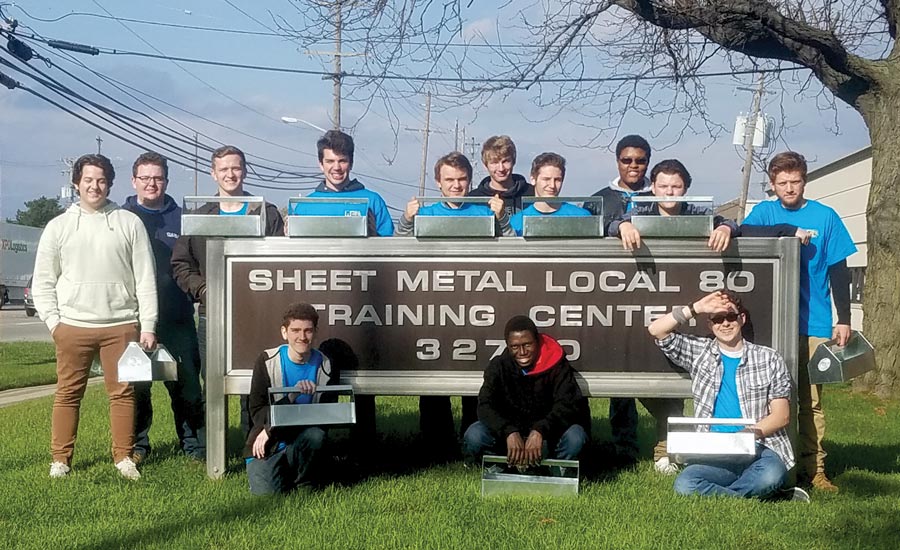 TRADE OPPORTUNITIES: A class trip to the Local 80 Joint Apprenticeship Training Center in Warren, Michigan, is just one of many opportunities provided to these high school students and potential apprentices. 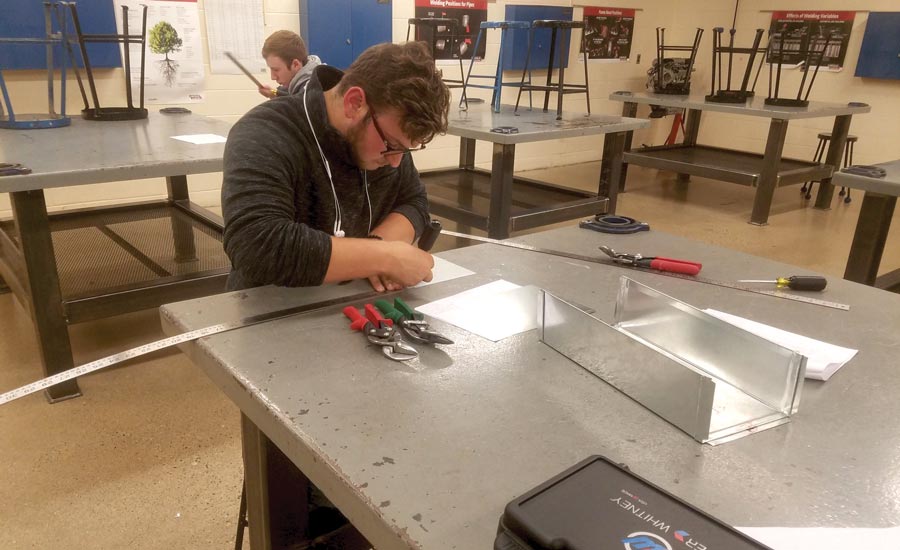 DUCTWORK SKILLS: The students who participate in the Fraser High School pre apprenticeship program get to make a couple of fun projects like a pencil tray, a toolbox, or a birdhouse, and then eventually move those skills into ductwork.

Six years ago, Brent Brasure was a welding teacher in Fraser, Michigan, when he was approached by the Local 80 Joint Apprenticeship Training Center in Warren, Michigan. Fast forward and Brasure is now the Career & Technical Education Director at Fraser High School. According to Brasure, the Local 80 made putting a program in place to help students fill the needs of the trade simple.

“We negotiated with the International trade association and were able to put together an after-school, pre-apprenticeship program, where the local sends an instructor for two hours or just over two hours one day a week,” he explained. “After school ends, we have up to 15 seniors come together per session, and we run 10-week sessions where they basically provide exposure to the trades and the union.”

Topics covered include what it is like to be in a unionized trade as well as what pensions and annuities are and how they impact the students’ futures. The participants learn what is in the local’s charter as well as the responsibilities of both the union and the student. Later in the training, the students begin working through basic safety, hand tool usage, and sheet metal developments.

“There are all of these details of employment surrounding this program which, quite frankly, is mind-blowing … for students to hear that this level of support is out there within unionized labor,” said Brasure.  “The students get into actually making a couple of fun projects like a pencil tray, a toolbox, a birdhouse, and then eventually move those skills into ductwork. There they learn how to use cleats, evolving that into duct transitions along with laying out and developing difficult duct transitions.”

In 2019, the school started expanding the program, and architectural instructors from the Local 80 helped the students work on some architectural stainless steel and sheet metal work.