ACCA Leader Wants Contractors to Know the Association Supports Them

ACCA offers more than a voice in Washington, says James

The Air Conditioning Contractors of America (ACCA) wants contractors to know it offers more to them than a face in Washington, although that remains a critical role for the association. Barton James, the group’s president and CEO, said ACCA has increased its focus on helping contractors with their day-to-day operations.

One big step in this direction is the benchmarking program, started in 2018 to provide real information for members about how they are doing and how they compare to their competition. The survey allows contractors to compare their businesses’ performance against a national pool of contractors. Results from 2019 show ACCA members had a pretty good year, and members are telling James they expect business to improve even more.

“People are very optimistic about what 2020 holds,” James said.

James recently heard from incoming ACCA chairman Lanny Huffman that his business, Hickory Sheet Metal in Hickory, North Carolina, finished 2019 with its best performance in the company’s 94-year history. James said part of that is due to the extension of energy efficiency tax credits that ACCA and HARDI pushed for in recent years.

James said ACCA will continue to work on expanding and extending these credits this year. The association is also focused on the AIM Act, which creates a federal standard for HFC phasedowns.

ACCA wants to ensure that future legislation requires that new systems are installed to ACCA standards. 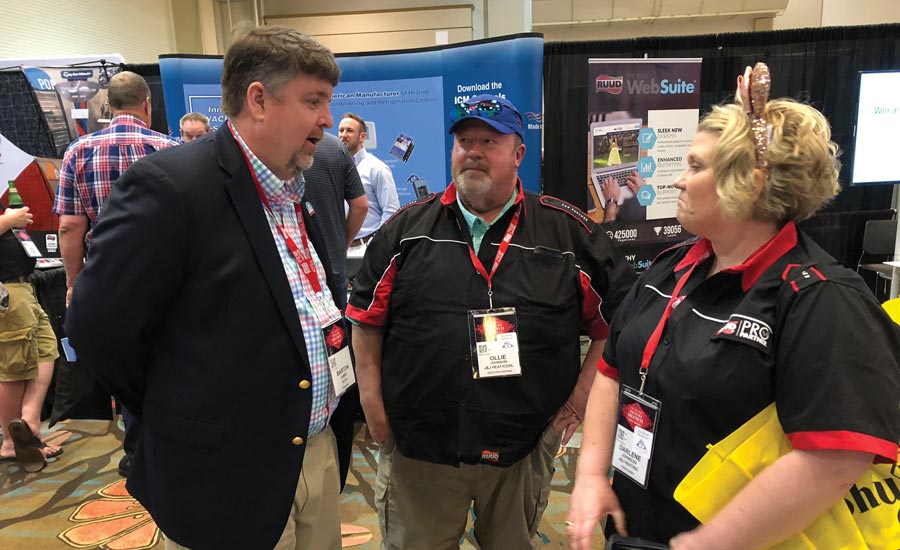 “That’s important not just to us but the distributors and the manufacturers,” James said. “It lowers the liability.”

One area of growing concern for ACCA members is the increase in units bought online. Consumers will purchase a piece of equipment and then want their contractor to install it. These consumers are finding most contractors won’t — and they shouldn’t, James said. There are numerous problems with buying units online, he said, the biggest being sizing. Online sales companies usually do the sizing by square footage. It takes a Manual J load calculation by a trained professional to actually get the sizing right, he said.

How much ACCA can accomplish right now on the legislative front remains unclear. Impeachment took up the legislative calendar to start the year, and the upcoming election is making any major legislation unlikely. The new North American Free Trade Agreement did get put in place, and there has been some progress with China, both of which help the industry, James said. But other than that, he expects a lot of posturing and promises but not a lot of action.

“It’s more partisan than I’ve ever seen,” James said. “There’s just not going to be a lot going on.”

Not all progress requires legislation. Last summer, President Trump signed an executive order known as “The Pledge to America’s Workers” that focused more resources to help develop good-paying jobs. ACCA was there for the signing event, and James said the association has been working with various educational groups to get the word out about opportunities in the trade. Still, problems of perception impede the industry’s efforts. 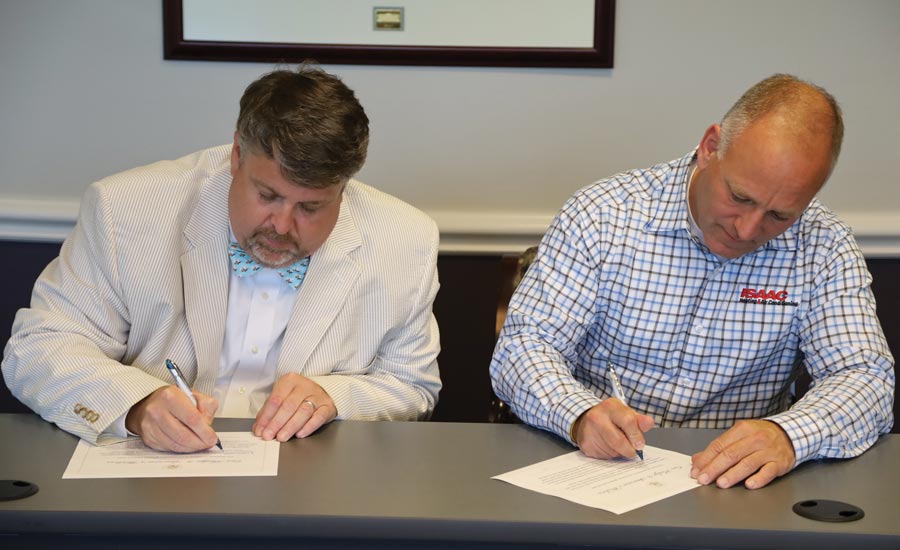 James said one of the group’s members recently gave a first-hand account of what they are up against. The contractor met with a group of eighth graders in New Jersey and asked both the students and staff how much they thought HVAC techs made in a year. He pays some of his workers a six-figure salary.

“Sadly, their numbers were way off,” James said.

“That seems to be the biggest challenge that we hear,” James said. “With the economy doing well, it’s hard to get beyond that.”

The biggest challenge is finding skilled workers. James said many ACCA members have started their own training programs because they find even certified job candidates lack the skills they need. Beyond that, though, is a lack of general skills. James said contractors find it difficult to attract employees who show up on time, much less pass a drug test. He said some of this reflects changes in society.

Other costs are rising for ACCA members as well. James heard from one member that his health insurance costs doubled for 2020. Meanwhile, marketing costs are becoming higher as contractors have to pay for multiple channels. The association is taking steps to help with some of these costs. ACCA now offers a discount program and a credit card partnership that can save thousands of dollars for everyday purchases. ACCA is also making its membership directory more consumer-facing to help connect contractors and potential clients.

These moves represent a shift in ACCA’s philosophy to better serve its members. James said this year’s convention reflects the changed approach, with more offerings in terms of sessions and speakers. The goal is to provide tools attendees can take back and immediately implement in their businesses. For example, the opening keynote speakers at the ACCA 2020 Conference & Expo, to be held March 16-18 in St. Louis, will be Gerry O’Brion. O’Brion will speak on “Becoming the No. 1 Choice in a Crowded Market,” based on his experience with creating brand differentiation as an executive at Coors.

SURROUNDED BY THE BEST

Outside of the sessions, the most compelling reason to attend the ACCA convention is the opportunity to network with some the business’ best operators. James said many studies show the importance of the people with whom one associates. ACCA’s benchmarks show its members are doing more than half of all the HVAC work in the United States. Many are multi-generational, and even new companies are in it for the long haul, he said. 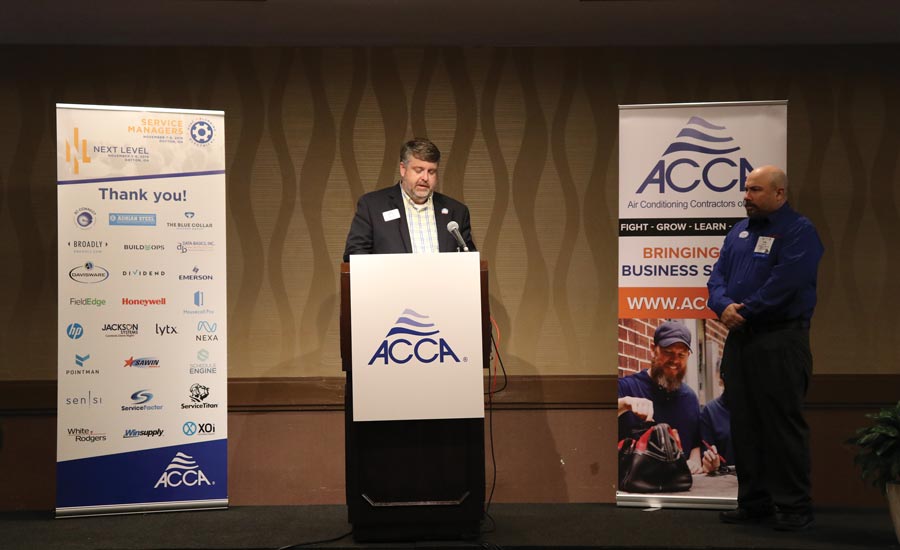 “If you surround yourself with the best, you’re much more likely to be the best and have the successes that come with that,” James said.

Beyond the live events, such as the convention and last fall’s forums, ACCA provides ways for its members to connect remotely via its online Contractor Forum. It’s a place for contractors to find solutions to their problems, James said. These issues range from the right way to finance tools for technicians to how to handle local logistics.

The challenge for ACCA now is attracting the next generation of contractors. Young people aren’t natural joiners, James said. Part of the pitch ACCA makes to them is the opportunity to learn from more veteran contractors. Members have either made the same mistakes already or avoided them, James said, and their experience offers a guide.

Young contractors are a more diverse crowd, and ACCA is working to better reflect that, James said. The group is also increasing efforts to work with the state associations. In the end, ACCA is only as strong as its participation.

“The important work we do on policy couldn’t happen without a volume of members, without people to back up what we say,” James said.