How widely the hookup prohibition idea catches on will influence the options some homeowners and businesses will have, which in turn may affect installation opportunities and related work for HVAC contractors in those areas.

The initiative to stop providing natural gas hookups takes place within a broader strategy of decarbonization, which shifts domestic energy use away from fossil fuels like oil and natural gas. While some may be able to consider alternatives like geothermal systems, many users and their equipment would typically rely on electricity instead. (Thus, decarbonization and electrification are terms commonly used interchangeably in some energy conversations.)

Heating plays a significant role in overall energy consumption. Existing building stock includes many gas-reliant units that will remain in service for years. Not too much can be done about that, so decarbonization advocates see stopping the flow of new gas appliance installations as the most straightforward step toward curtailing fossil fuel use.

Greater reliance on electricity, however, is not an end in and of itself. Electrification only pays off if the electric grid is supported by an increasing share of renewable energy sources such as solar and wind energy. In that scenario, the thought goes, the result would be a markedly more sustainable energy landscape for the U.S.

Unlike the potential comprehensive national HFC phasedown strategy, reducing or eliminating natural gas connections is more of a piecemeal proposition. Multiple jurisdictions passed some sort of measure on the matter last year, with some of those taking effect as early as this year. 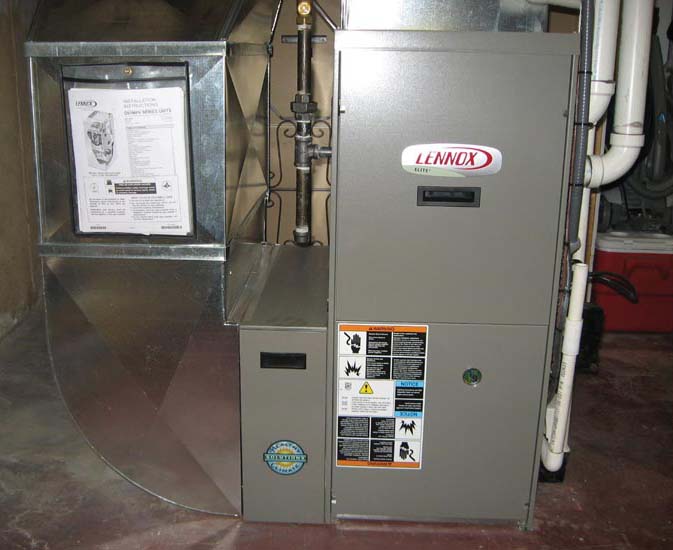 FUTURE FUEL FOSSIL?: As of 2020 and 2021, gas furnaces familiar to so many homeowners will become a new construction no-no for basements and mechanical rooms in quite a few cities on both coasts. PHOTO COURTESY OF ACTIVESTEVE/FLICKR (CC BY-ND 2.0)

Several New England states have joined California in establishing comprehensive decarbonization targets, setting aggressive goals for 2050. In Massachusetts, Brookline took the lead among localities, barring new construction from using either oil or gas as of 2021.

Elsewhere in that state, Concord is considering its own plan for moving the entire city’s energy use to renewables. Its renewable energy strategy reflects the multifaceted reality of the task, looking for advances in transportation and overall electricity use as well as heating and cooling.

In California, Berkeley moved first last year with a local ban on natural gas hookups. Approximately 20 localities have done similarly around the state regarding new construction, although differences in substance and timing exist from restriction to restriction. Some don’t ban natural gas infrastructure outright but allow its use conditionally, depending on a building’s overall efficiency.

While San Jose’s measure passed unanimously and Berkeley’s decision was met with applause by those in attendance, things don’t always proceed so smoothly. In Seattle, a proposed ban on natural gas hookups in both commercial and residential new stock received sufficient opposition to prevent approval.

In the 1970s, President Gerald R. Ford’s administration incentivized development of energy sources other than natural gas and oil, and it proposed increased taxes on imported gas to conserve fuel. That era had sufficient pipeline capacity but suffered from a shortage of natural gas itself.

“Con Edison announced a moratorium on new natural gas customers in Westchester County, New York,” he wrote, adding that a Massachusetts utility also announced “it can no longer accept new natural gas service requests due to a lack of supply.”

Pipeline-related environmental objections, opposition to fracking, and general climate change concerns all contribute to the rockier terrain surrounding the creation of new capacity these days, separate from any other logistical or financial hurdles such projects might face.

ACCA responded to an invitation to comment by reiterating its support for preserving choices for homeowners and equipment availability for contractors, regardless of fuel type.

Todd Washam, the association’s vice president of public policy and industry relations, suggested that the concerns underlying some natural gas opposition might be better redirected.

“If policymakers and environmentalists are so concerned about efficiency and carbonization, then they need to start working on solutions for proper installation practices so that the equipment that we have today — the high-end, very efficient equipment — is going to work as it was designed to work.”

Washam also highlighted a specific intersection of contractor relevance and this piece of electrification strategy: Some HVAC contractors also work as fuel oil or propane dealers. He said he knew of several in the Washington area.

Contractors do the same in other areas without access to natural gas, and/or in areas where homeowners have traditionally dealt with more extreme winters by having primary and secondary heating systems. 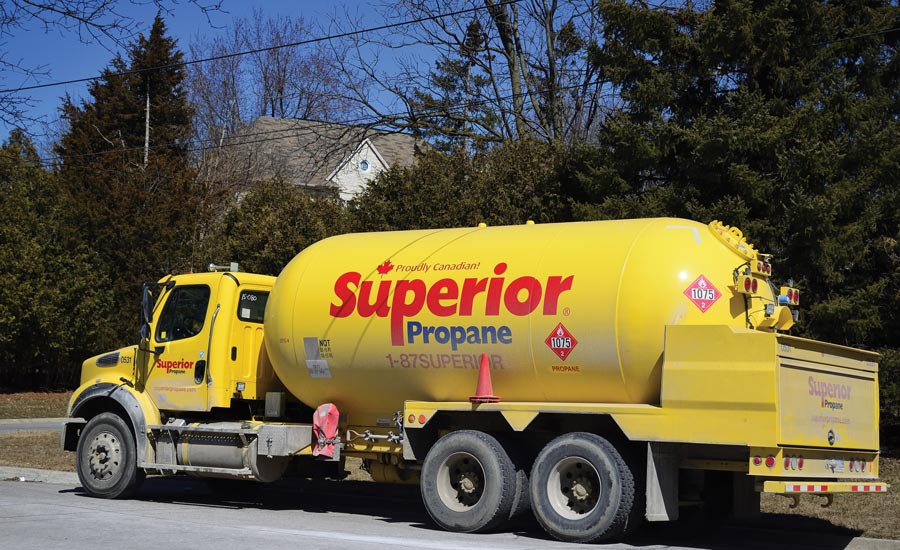 DUAL INCOME DIP: Propane trucks like this serve many homeowners with no natural gas access, but some HVAC contractors also double as propane or heating oil dealers. That fuel related revenue could take a hit in areas that eliminate new residential or commercial connections. PHOTO COURTESY OF RAYSONHO (CC0 1.0)

New ordinances and pipeline shortages are creating a scattered but still relatively sudden inability to get a natural gas hookup where it previously had been available. Pushback will likely continue from the natural gas and propane industries, among others. Back in Berkeley, the restaurant industry has filed a lawsuit challenging that city’s ban as it fights for the right to keep cooking with gas.

Meanwhile, simple energy demand for restaurant stoves and everything else veers upward. BP’s “Statistical Review of World Energy” reported that global energy consumption increased at a rate of 2.9 percent in 2018, “almost double its 10-year average.”

While renewable sources continue to develop at a relatively strong pace according to the study, natural gas topped global growth in energy consumption, rising at a quick 5.3 percent clip led by demand in the U.S.

Recent bans and shortages may seem like a drastic turn of events, and momentum suggests further localized restrictions as part of a decarbonization strategy. Still, the policy battlefield and degree of cultural transition in the U.S. pales next to what is underway in the Netherlands.

The Dutch intend to reduce CO2 emissions from buildings by 80 percent with a 2050 deadline. Somewhat ironically, the country also features an especially well developed natural gas grid that has been supplying heat to the vast majority of homes. The government intends to wean millions of homes off the gas grid, disconnecting existing homes and of course not creating any new hookups.

Coordinated with an initiative to improve residential insulation, the plan transitions home heating to district heating (using geothermal or waste heat), heat pumps (either hybrid or electric), and some condensing boilers.

As with efforts elsewhere, quitting gas for home heating is just one part of a greater effort in the country — a strategy that will prohibit gas- or diesel-powered vehicles from driving in traffic-heavy Amsterdam as of 2030.