Growth remains, but so does uncertainty about operations

The cannabis industry shows potential for massive growth as an in-demand product becomes accessible to millions of consumers, but it also faces the uncertainty common to any growing segment. The North American Marijuana Index, which tracks 45 of the leading cannabis stocks operating in the United States and Canada, is down more than 40 percent since the start of the year.

Regulatory confusion creates another set of issues. For example, a recent court ruling in employment laws found that cannabis companies must comply with federal employment laws even though the businesses themselves are technically illegal under other federal laws. Still, HVAC contractors working in the field see plenty of demand for quality systems.

“There’s a lot of movement in the industry,” said Markus Kashinsky, owner of Critical Climates Inc., a company based out of Los Angeles, California. “What was OK last year isn’t necessarily OK this year. But it’s really exciting, too.”

Kashinsky started doing work on cultivation facilities in 2012. A customer who owned a yoga studio was getting into the business and asked if Kashinsky’s firm could handle the HVAC needs. Although he had no experience with grow facilities, Kashinsky did have a background in data centers, and he applied those solutions. It turned out the needs of the two facilities are very similar, although the cultivation facility proved a little trickier.

“They’re some of the most demanding environments to try to condition,” Kashinsky said.

The environment changes day to day and through the growth cycle of the plants. Grow facilities lack a static load, as the living contents constantly change the conditions by expelling up to 85 percent of the water they consume. As a result, the chances of a failure are high, so Climate Controls has to run full emergency service. Also, the high moisture increases the risk of fungus developing, and HVAC workers need to use caution so they don’t spread something that can destroy thousands of dollars’ worth of crops.

Then there is the outside temperature. Lee said since much of the engineering design for these facilities is done out West, the engineers often lack the local knowledge to adapt them to less moderate climates.

Lee said his firm worked on clean rooms and surgery centers before it started servicing the cannabis industry, and he finds these among the most demanding facilities.

“You’d be in shock, looking at how much HVAC equipment is in there in proportion to the building,” Lee said.

HVAC contractors need to get the systems right because of the money at stake if it fails and the crops suffer, he added.

“You’ll take any profits you did on that job, and it’ll all get eaten up in warranty,” Lee said.

All this equipment and service comes at a cost, but access to banking has been a major issue for the cannabis industry in the past few years. At first, banks were unwilling to work with growers and sellers because while sales may have been legal in the state, the proceeds remained illegal at the federal level. 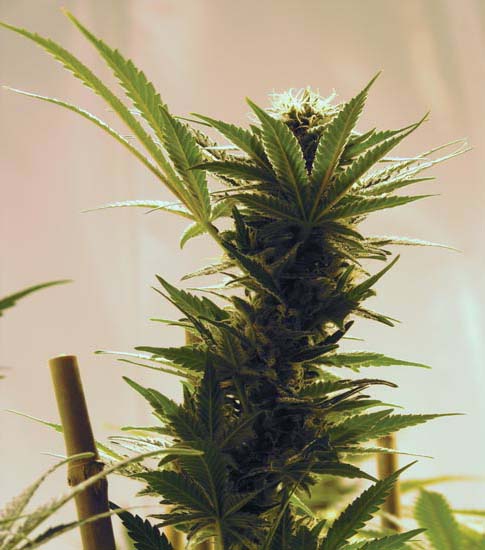 More banks today serve the industry, said Craig Small, a Colorado attorney who specializes in the cannabis business. But growers still have limited options. Those banks only have a select number of accounts and often charge high fees for those services.

“It’s never as simple as walking into a bank and opening an account,” Small said.

Kashinsky has taken cash as payment, but this requires lots of paperwork that puts stress on the accounting department. The banking situation, however, does show signs of improvement. Congress is considering bills to expand bank access for the industry. Already the Treasury Department eased restrictions for banks, allowing them to work with cannabis companies as long as they produce enhanced transaction reports. Also, Kashinsky said, more growth funding today comes from traditional investors, such as private equity firms, that pay out of existing funds rather than cash from sales.

Despite the challenges, Lee said he has had no problem in collecting from cannabis growers.

“They’re some of the fastest payers you’ve ever seen,” Lee said.

The confusion on regulation doesn’t stop with the federal level. Many states first legalized marijuana for medical purposes before allowing recreational uses. The regulations around medical marijuana were vague and often grew over time, Small said. The transition caused some confusion in states that now allow recreational use.

Kashinsky said he expected a building boom when California’s recreational regulations went into place. That didn’t happen. Instead, shops opened without any cultivators licensed to supply them. This caused issues with Climate Control getting paid, since the customers found themselves without cash flow.

Many operators in the cannabis business started out when the entire field was illegal, Small said. He said contractors now need to insist on following every rule to the letter. There are still plenty of unlicensed operations. Contractors must check to make sure their clients have proper licensing from both the state and the local municipality, Small said. Most states maintain an accessible database, but verifying the local license often proves more challenging.

Running a licensed facility costs a lot more, Kashinsky said. This makes them less competitive and less able to invest in areas such as HVAC systems. He said getting rid of the unlicensed operators, a major push by states today, will help his clients.

Hurdles at the local level are declining in early adopter states, Small said. Now most local issues consist of the typical municipal concerns, such as electrical codes. Small said that due to the regulations and potential fines around the cannabis business, legitimate operators tend to hold contractors to high standards.

Lee said the biggest municipal issue he faces is odor control. Cannabis emits an extremely pungent smell, and this arises as the biggest objection among neighbors during the vetting of a proposal. Lee said HVAC contractors must assure their clients they can control the smell.

Adding to the challenge, all this work needs to be finished in a short amount of time, Lee said. The licenses granted in many states place a strict deadline for opening a facility. The upside of this is that operators often open only what they need and leave room for growth, which means future work for HVAC contractors.

The cannabis industry remains entrepreneurial. Lee said he gets most of his work through word of mouth. He also speaks at a lot of events, including trade shows and roundtables. Lee learned early on whom he needs to impress at the cultivation facilities — the growmaster. This person functions like a brewmaster or a vintner at a winery.

“It’s really the grower who is in control,” Lee said. “They carry more weight than the CEO because they’re responsible for the product.”

“There’s a lot of movement in the industry. What was OK last year isn’t necessarily OK this year. But it’s really exciting, too. ... It’s fun to watch my ideas become reality and hear how happy the clients are.”
— Markus Kashinsky
Owner Critical Climates Inc.

As the cannabis business matures, it’s becoming more professional. Kashinsky said he’s seeing more facilities built for the long term. Small said the money coming into the business takes a different view of their investments than the enthusiast-turned-entrepreneur.

“They don’t see pot as anything but a widget,” he said. “It’s just a product on a spreadsheet.”

Some of the more professional investors are pushing out the smaller operators, Small said. This creates both opportunities and challenges for HVAC contractors. These new investors spend more on creating robust systems for their facilities, but those who decide where to spend that money could prove harder to access.

Despite the business challenges, both Lee and Kashinsky enjoy the technical challenges and new opportunities provided by this growing field.

“It’s not the same things over and over again,” Kashinsky said. “It’s fun to watch my ideas become reality and hear how happy the clients are.”