Contractors can save plenty of money buying used work vehicles, even though prices are much higher today than they have been historically. Recent changes to the tax code make it an even more attractive proposition.

The Tax Cuts and Jobs Act of 2017 allows business owners to deduct 100 percent of a vehicle’s value in the first year after purchasing it. This doubled the deduction amount available for many firms.

That extra deduction has helped drive new-car sales for the past two years. Commercial fleet sales of new vehicles were up 7.3 percent for the year through August and rose 23 percent for that month.

The price gap between a three-year-old vehicle and its newest model was the highest ever recorded for the second quarter, according to Edmunds, a website for researching vehicle purchases. The difference reached $14,443 on average.

More relevant to the HVAC business, commercial vans registered better than average sales gains in 2018, according to the National Truck Equipment Association. Sales of high-roof-height vehicles, the kind of vehicles used by most contractors, have been especially strong, increasing by 4 percent in 2018 and 31.4 percent so far this year, according to NTEA. Large fleets started taking advantage of this change when it went into effect in September 2017, said Charlie Chesbrough, senior economist at Cox Automotive, parent company of brands such as Autotrader.com and Kelley Blue Book.

“It took a little while for mom-and-pop shops to catch on,” Chesbrough said.

They’ve caught on now, though, and they are taking advantage of not only the faster rate of deduction but also the ability to buy used.

“Going forward, both used and new assets are eligible [for the tax deduction], so it really comes down to what makes the most sense for the business, as opposed to trying to ensure you qualify for bonus depreciation,” said Ben Lyon, a director with Indianapolis-based accounting firm Katz, Sapper & Miller.

As large players are stocking up on new units, they are rotating plenty of good condition, low-mileage vehicles out of their fleets, making them available to smaller businesses. There are plenty of used units to choose from, but Chesbrough warned not to expect a lot of deals. Used-car prices remain elevated after wholesale used-car prices hit a record high in August.

Still, new-car prices are rising at an even faster rate. The price gap between a three-year-old vehicle and its newest model was the highest ever recorded for the second quarter, according to Edmunds, a website for researching vehicle purchases. The difference reached $14,443 on average. 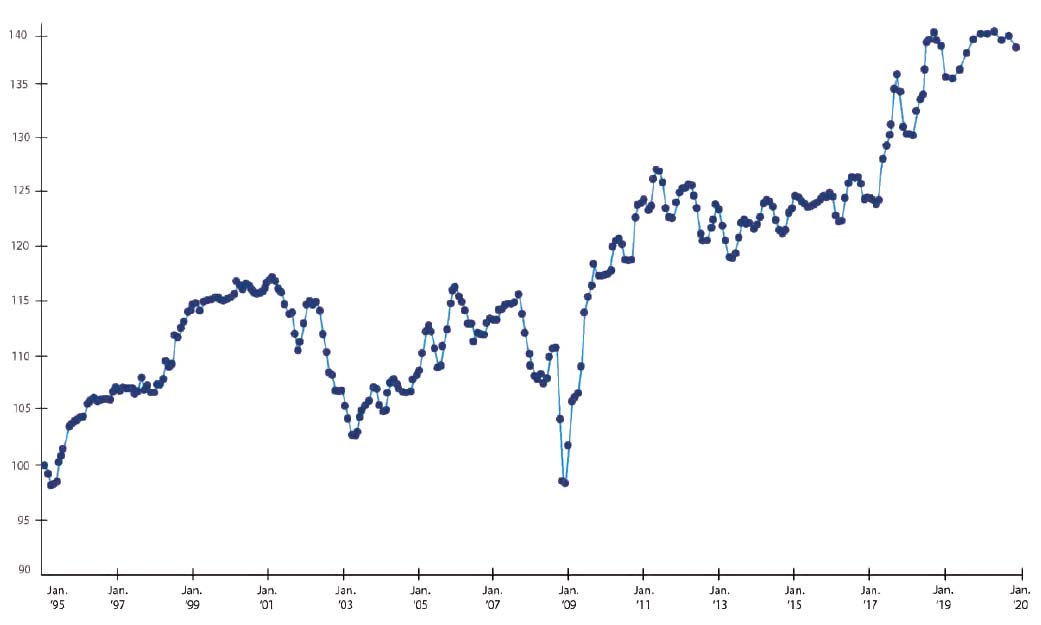 Used-car dealer Lou Tedeschi, owner of A.S.P.I. Motor Cars in Dedham, Massachusetts, works with a local Ford dealer to stock pre-owned work trucks. He said demand in his market has grown in recent years, but he attributes that more to the booming economy in the Boston area than the tax cuts. NTEA agreed, stating that higher truck sales are a sign of a strong economy in which companies can afford to update equipment or need to add vehicles along with employees.

Tedeschi saw no increase in trades coming from the Ford dealer as contractors keep their vehicles in service and add to their fleets. This high demand keeps prices elevated, but contractors are getting more for their money, Tedeschi said. The latest versions of the Mercedes Sprinter vans and Ford Transits, for example, offer plenty of room for tools and parts while fitting into tight parking spaces. 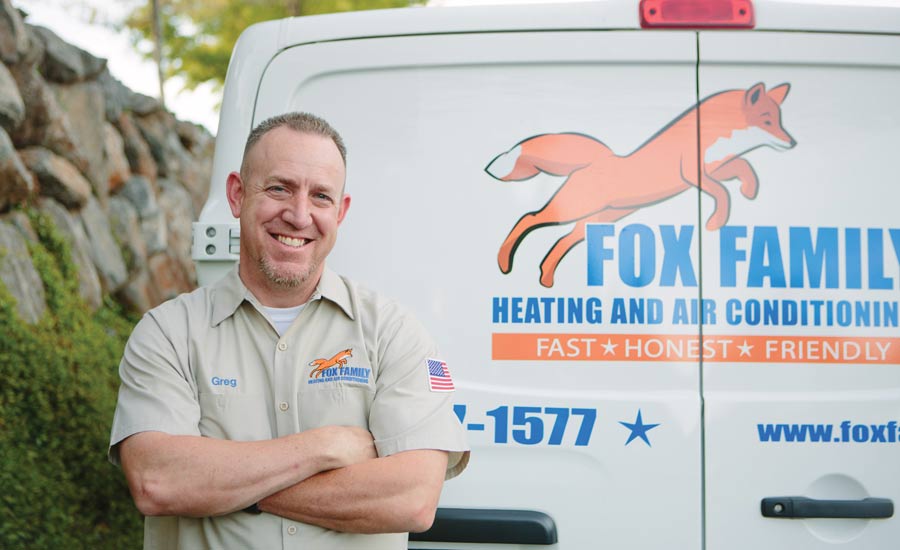 KEEP ON TRUCKIN’: Greg Fox looks for stripped-out vehicles that he can spec himself and then wrap with a highly recognizable logo.

Tedeschi said the tax break makes replacing and adding vehicles less of an expense, but it’s more of a bonus than an incentive. That was the case for Greg and Melissa Fox, owners of Fox Family Heating and Cooling in Sacramento, California. They bought a 2017 Nissan NV 1500 earlier this year. Melissa Fox said they needed to replace the van and didn’t consider the tax deduction.

That said, she looks forward to the break. The company usually buys used for the savings, often traveling 50 miles or more for the right vehicle as they’ve expanded their fleet from one vehicle to seven. This time, they found a vehicle on CarGurus. This app is best known for helping consumers find a good deal on a used car, but Greg Fox said it also offers a good selection of work vehicles.

The Foxes look for basic vans, with the only qualification being blacked-out rear windows. They prefer white, focus on mileage, and try to avoid vehicles with accident histories.

“I want them stripped out so we can spec them out ourselves,” Greg Fox said.

Not all companies benefit from taking the bonus depreciation, Lyon said. He recommended consulting the literature produced by the IRS since the tax law changed. However, the real information will come out when the IRS conducts its first audits.

“The final piece to this new law will be once the IRS starts enforcing some of these rules in audits and we start having court cases based on positions taken by taxpayers and the IRS,” Lyon said.

For some contractors, it makes sense to lease rather than buy, even with the tax savings and the ability to purchase used units. Anthony Perrera, president of Air Pros, came to this conclusion a few months ago. Air Pros has grown quickly in the past two years, going from one to 37 trucks and expanding to three markets in southern Florida. After purchasing some used units earlier this year, Perrera decided it made more sense to lease his vehicles from Enterprise Truck.

Enterprise bought the vehicles Air Pros already owned and leased the company brand-new vehicles. It was a matter of cash flow, Perrera said. He said even with the tax break, purchases ate up a lot of money upfront. In addition, commercial credit rates remain high, Perrera said, eating up more valuable cash.

Another way Enterprise makes leasing more attractive is by offering a discount on loaner units when a truck breaks down. Perrera said this means no loss of revenue due to a lack of transportation and a resulting loss of work. Enterprise also takes care of the purchases. Anthony simply provides the specs for the vehicles and wraps.

Any decision to add or replace a vehicle, whether new or used, needs to make financial sense, said Ruth King, profitability master with HVACChannel.TV. King said trucks need replacement when maintenance fees exceed $2,000 a year. But buying one just for tax purposes is a poor decision because it means either taking on debt or eating up cash. The decision to purchase a truck requires making sure the extra revenue it generates exceeds the cost.

If contractors do decide to purchase vehicles and take advantage of the tax break, they should act soon, Chesbrough said, as new and used vehicle prices are only expected to continue increasing. Additionally, the tax changes are set to expire on Dec. 31, 2022.