This website requires certain cookies to work and uses other cookies to help you have the best experience. By visiting this website, certain cookies have already been set, which you may delete and block. By closing this message or continuing to use our site, you agree to the use of cookies. Visit our updated privacy and cookie policy to learn more.
Home » Contractors Need to Prepare Now for a Recession, Whenever It May Come
Business ManagementHVAC Residential Market

Contractors Need to Prepare Now for a Recession, Whenever It May Come

Recession talk can be heard from any number of sources these days. Analysts point to omens such as the inverted yield curve and some stocks passing a “death cross” that often warn of a downturn in the near future. Others worry about so-called supply shocks, such as the drone strike on a Saudi oil field or the UAW strike against General Motors.

Nobody really knows when the next recession will happen. The economy started expanding in June 2009. The longest expansion before this was exactly 10 years, from March 1991 to March 2001. Some economists like to say, “No expansion ever died of old age,” but to many, a slowdown seems inevitable. It’s even possible that worries about a recession will trigger that recession.

“People listen to the media and they stop spending money because they get fearful,” said Ruth King, profitability master at HVACChannel.TV. “It’s a self-fulfilling prophecy.”

Whether the recession happens next quarter, next year, or later, odds are the economy will slow down sometime in the near future. And when a downturn starts, it can move quickly. The savvy HVAC contractors are those who take the time to get ready for a downturn, whenever it might come.

How prepared are small businesses in general for such an event? The answers vary widely.

A survey by BlueVine, a small business funding source, finds that while 80 percent of small business owners worry about a possible recession, 44 percent have not yet taken any steps to prepare, and 36 percent do not plan to take any special steps to prepare within the next 12 to 24 months. It might be because they don’t think they have to; a survey from Kabbage Inc., another funding source, finds 80 percent of entrepreneurs are confident their small business is well positioned to outlast a market downturn. 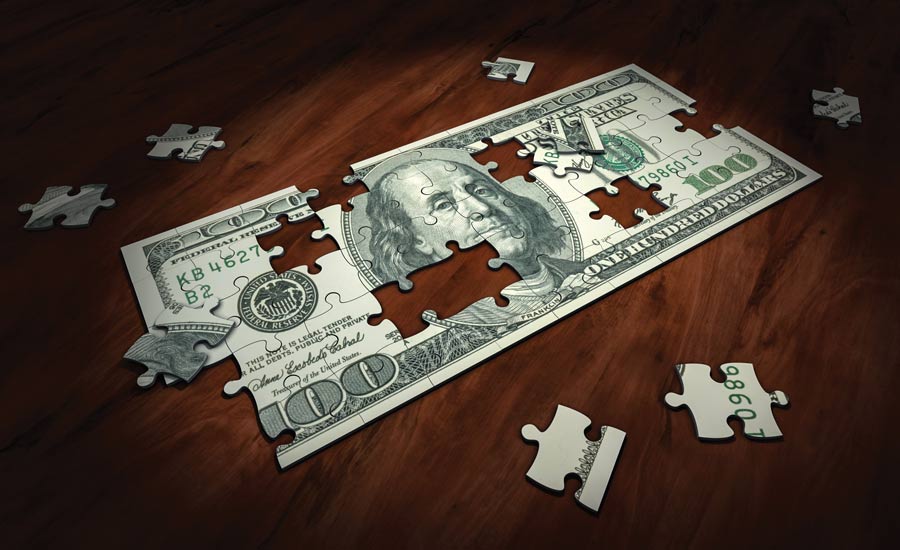 PIECING IT TOGETHER: Contractors may need to change their business models during a downturn.

While optimism is good, small businesses, such as HVAC contractors, need to prepare for the worst. Even in good times, about 40 percent of HVAC companies go out of business. The last downturn hit small businesses harder than large firms, with steeper job losses, according to a study by the Federal Reserve Bank of New York.

First, business leaders need to keep a positive attitude, King said. People will continue to replace their air conditioning and their furnaces, even during a downturn. One of the keys is to have a good amount of maintenance clients to provide cash flow.

“Make sure you have as many maintenance clients as you can,” King said.

That is the approach Travis Smith takes today. It wasn’t in 2009.

During the last recession, he had just started the process of buying out his business, Sky Heating and Cooling, from his father and two business partners. The firm is located in Portland, Oregon, one of the hardest hit areas during that downturn. Unemployment rose to double digits as the building bubble burst. Sky depended solely on new home construction. The firm went from working on 33 homes in a week to 38 for the entire year. Smith saw his staff shrink to 12 from 55.

“It felt like going off a cliff,” he said.

Smith redeployed the employees he had left. He bought a duct cleaning system and put them to work with that. He assigned two to telemarketing. The company overall changed its focus to the consumer side of the business. As a result, Sky remained profitable despite a 60 percent drop in revenue.

Some contractors are already seeing a glimpse of what a recession can look like. Paul Ainsworth, owner of M.L. Building Technologies in Millsboro, Delaware, operates in an area of tremendous growth. Suffolk County has boomed ever since Hurricane Sandy started a major migration of retirees from the Northeast. 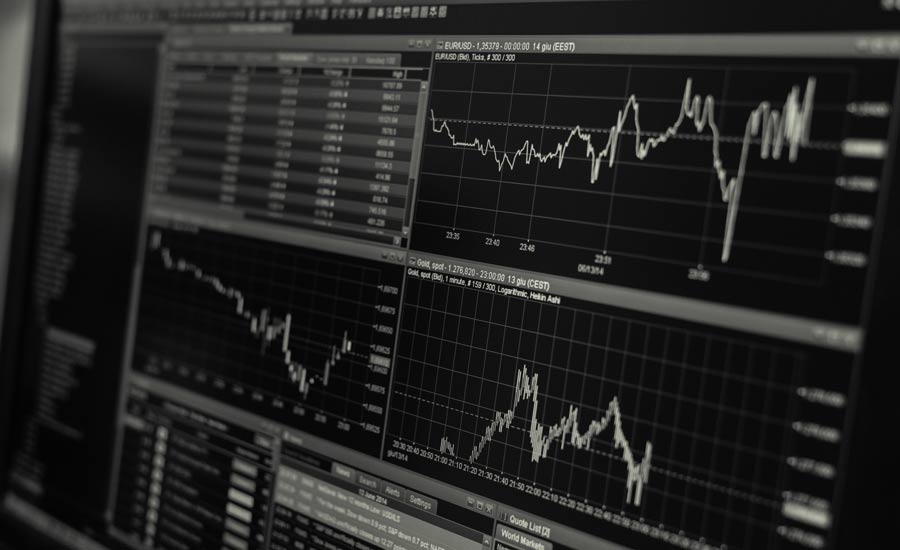 WILD RIDE: Over the last 12 months, stocks went from a major decline to an all-new high, creating uncertainty in the market.

While that’s been a boon for many businesses in the area, Ainsworth struggles to figure out what people will pay for when it comes to their HVAC systems. What makes matter worse is these consumers are extremely sensitive to stock market swings. Business dropped off last December when the stock market swooned and fell by more than 30 percent again in August, during another market downturn.

Many consumers in that area are increasingly price-conscious. They will buy equipment online and try to hire Ainsworth’s firm to install it. The same manufacturers Ainsworth buys from are selling to consumers for the same price or even less, he said. Ainsworth expects this trend will only accelerate during a downturn, as manufacturers look for business and consumers watching their budgets.

“They are shopping price, and they have no idea what real value is,” he said.

NOT A TIME TO TAKE CHANCES

King said contractors can adjust to this kind of market if they know what net profit per hour they need. This calculation includes all factors, including overhead. In some cases, contractors might have to make cuts to make the equation work.

“Find out what it is now and keep it there,” King said.

Another equation to figure out is a firm’s debt-to-equity, especially the long-term debt-to-equity. This is the total liabilities divided by the equity. That number needs to be less than one.

Smith keeps the debt burden low and the cash on hand high. He finances his trucks but makes sure he can pay them off if business declines. Smith also concentrates on his receivables, making sure his customers pay. He maintains enough financing relationships so his customers can pay for repairs, even during a downturn.

For contractors’ own finance needs, King recommends working with more than one bank in case of a downturn. As shown in 2009, the worst case scenario is the bank goes under, but even short of that, banks can create problems by changing policies. In some cases, businesses see banks call in credit lines and place liens on their property if they can’t pay. That is why King also recommends against lines of credit.

“This is not a time to take chances,” she said.

Capstone Mechanical, located in Waco, Texas, remained in the commercial business during the last downturn by expanding its customer base to include more government business. Capstone president Rick Tullis said private developers tend to think in the short term. For example, when the downturn hit Las Vegas, many developers just stopped construction and tore down what was half-built.

That doesn’t happen with government entities. One reason is their funding comes from bonds, which are both guaranteed and dictate the spending. Another is that governments don’t speculate.

“You don’t build schools until you are well past needing one,” Tullis said.

Projects approved by the government continue despite a downturn. In addition, the federal government boosts the economy during a downturn by spending more on infrastructure. Capstone sent its sales engineer to nearby Fort Hood so the company would be already in line when that money started rolling in. He expects more chances to work on “shovel-ready” projects in the future.

UPSIDE OF A DOWNTURN

It’s also not a time to panic, said Steve Schmidt, president of Frederick Air Inc. in Maryland. Keeping his cool allowed Schmidt to not only survive the last downturn, but thrive when the economy picked up again. He started by making small adjustments. Schmidt called together his staff and laid out his plan. 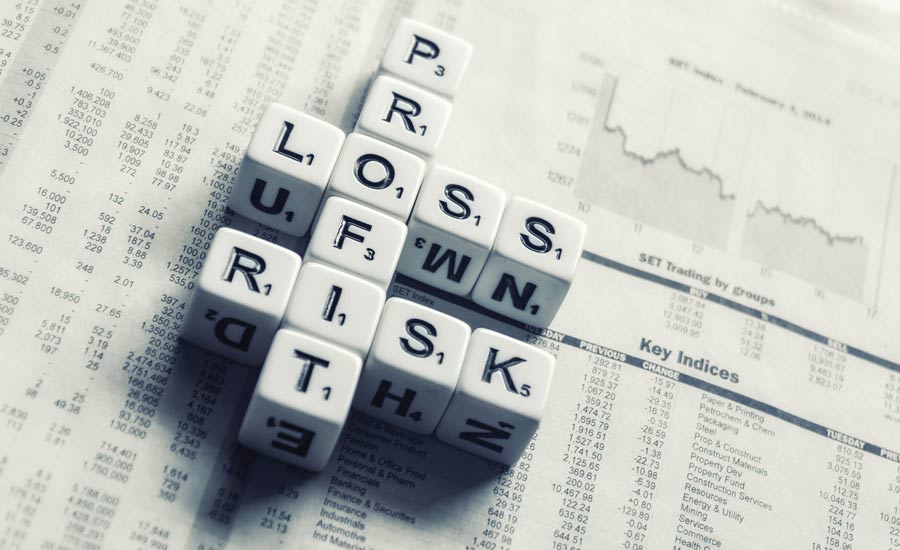 KEEP COOL: A downturn isn’t a time to take risks, but business owners who keep their cool can still reap benefits.

“I said, ‘Things are going to be difficult, and they might be for a while,’” he said. “We need to pull together.”

Schmidt didn’t cut staff because, he said, he didn’t have any people he didn’t need. Instead, Schmidt cut everybody’s hours to 35 a week. After a few months, the staff returned to full-time.

Schmidt also took the opportunity to improve his position compared to his competitors. He uses radio as his main advertising medium. When his local rep asked if Schmidt wanted to cut back his spending, as everyone else was, he said he wanted to increase. Schmidt determined the additional dollars spent would have an exponential effect.

“When business came back, we were in the driver’s seat,” he said.

Smith creates a five-year business plan that he adjusts every year. It includes plans for growth if the economy keeps moving forward and plans for gaining market share if it heads south. Tullis looks forward to the opportunity to hire in the next downturn as he grapples with an extremely tight labor market.

That’s the thing about a downturn: once it’s over, there can be benefits. For example, King said, many weaker competitors will go out of business. Contractors just need to make sure they survive to reap the rewards.