This website requires certain cookies to work and uses other cookies to help you have the best experience. By visiting this website, certain cookies have already been set, which you may delete and block. By closing this message or continuing to use our site, you agree to the use of cookies. Visit our updated privacy and cookie policy to learn more.
Home » Dare to Design (and Repair) Ductwork
Service & MaintenanceIndoor Air QualityVentilationResidential Indoor Air QualityTraining and Education for Contractors

Dare to Design (and Repair) Ductwork

Homeowners know when a duct problem arises. They know when a room is too warm or too cold. But they might misdiagnose the cause.

“They are under the assumption that when they get a new a/c system, that’s going to take care of the issue,” said Chuck Morales, instructor at Go Time Success Group. “But we all know that a duct system issue is completely separate from an equipment issue.”

Improperly functioning ducts are a constant headache for contractors, and a lack of familiarity with duct design — be it from contractors, technicians, or home builders — isn’t helping. Ductwork education is vital to ensuring the comfort of customers, allowing for the delivery of the most efficient and cost-effective air quality solutions.

Duct system issues are relatively easy to identify, said Morales. Something as simple as a five-minute static pressure test will give the “blood pressure” of a system — an indication of its overall health. Airflow should be a part of every maintenance agreement or membership program, he said. 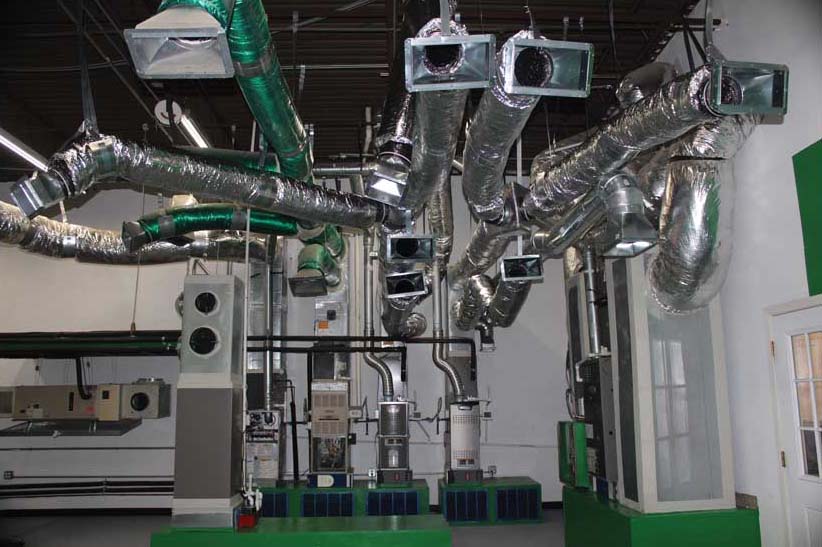 What concerns Morales most, though, is the lack of training that technicians receive in dealing with air quality issues when the problem is with a duct system. For example, he recently spoke with a contractor who admitted to putting 7-inch ducts in every kitchen they installed, without regard to how it affected airflow or the comfort of the room as a whole.

“It’s been proven time and time again: airflow … is a major issue on the market,” Morales said. “The reason it’s a major issue is the lack of proper training.” And when problems strike — such as issues with duct leakage, sizing, and installation — these issues aren’t brought up with homeowners because the technicians themselves aren’t adequately trained, he said.

The ramifications can last for years. If technicians installing ductwork have inadequate training, the ducts and returns they work on are likely to be improperly sized. Or someone installing the duct could include too many turns, twisting the duct uncomfortably through a building and dramatically slowing the airflow in the process. Morales estimated that 70-80 percent of duct systems are likely inadequate in some way. If these kinds of issues are introduced during installation, the building can have inefficient ducts for years down the road.

When a duct system is woefully inadequate, the best solution is often to resize the entire duct system, pulling out the old and installing a new system, he said. Depending on the issue, another option is zoning.

Such sells can be tough to customers, who are used to believing that any heating or cooling issue must mean that a new air conditioner or furnace is needed. Morales recommended drawing a visual representation of the duct system in front of the customer on a piece of paper, circling points and explaining how airflow works.

“With the proper training, selling duct systems will separate yourself from the competition,” Morales said. “Reported feedback to us after training shows salespeople are increasing their closing rates, which increases net profits.”

Rob Minnick, owner of Minnick’s Inc. in Laurel, Maryland, agreed that a lack of ductwork education is hurting the industry. Undersized returns, he said, were by far the most prevalent duct issue.

“Unfortunately, if the furnace is in the basement and you’ve got three stories above it, each floor that you go up, the return gets smaller — when actually, the top floor is the one that needs the biggest, because the top floor’s the one that has more load.”

Minnick explained that undersized duct returns can also be caused by HVAC contractors being given too little space by builders and architects to install a satisfactory duct system.

“It’s not a piece of wire you can just snake through a house and put many turns in it and run it as long as you want,” he said. “It can only be run so far. And it can only have so many turns. If it’s not engineered correctly, it’s going to be nothing but a problem.”

When going into a home with a heating or cooling issue, Minnick’s company will first offer an energy and HVAC audit. The assessment will give a baseline of data for the technician to work from, confirming that the issue exists with the ductwork (as opposed to the central unit) and allowing the customer to see a before/after result following the repair.

If the issue has already occurred, Minnick said, it often isn’t a quick fix. If a return is undersized and the contractor is lucky, the chase will be large enough to fit in some extra ductwork. More likely, though, technicians will need to find a creative solution — for example, running ducts up a closet or taking up the corner of a room.

Fixing duct problems isn’t only about remedying mistakes that were made years ago, when the ducts were installed the first time. It’s also about preventing installation mistakes from being made again. Training is needed, Minnick said.

“We have a training center within our company,” he said. “And that is one of our biggest training portions, because we know that’s one of the biggest concerns is duct issues. There’s two major items we train our techs on, and that is the building as a system … and then duct design.”

For those seeking training themselves, Minnick said that ACCA has classes throughout the year that will help with duct design.

David Richardson, a curriculum developer at the National Comfort Institute (NCI), also believes in the importance of training technicians on ductwork. He’s written a field reference manual on static pressure testing, which readers of The ACHR NEWS can obtain for free by emailing him at davidr@ncihvac.com. 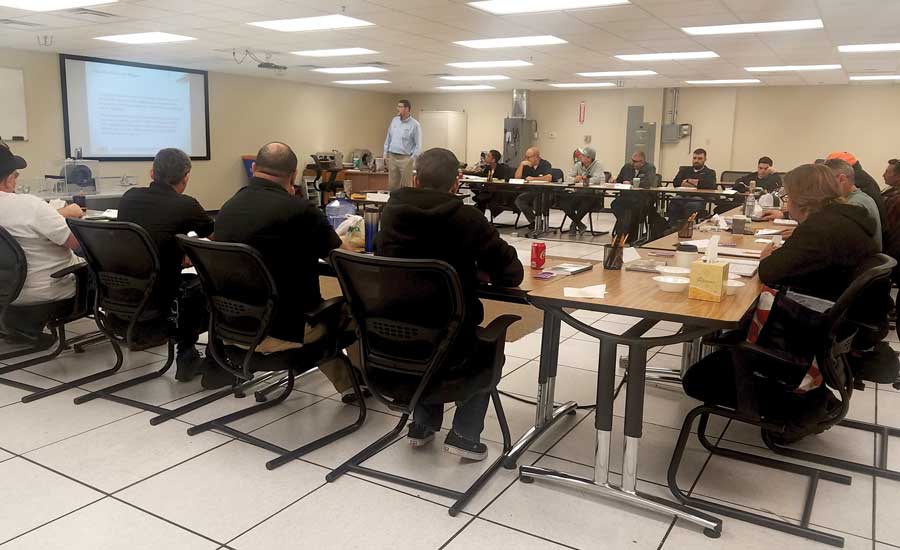 CLASS TIME: The National Comfort Institute hosts a class at its facility in Los Alamitos, California.

In addition to testing static pressure, Richardson recommended taking additional pressure drop measurements, which will help pinpoint the exact issues with the ductwork.

At NCI, Richardson teaches methods of pressure testing, fan airflow testing, and measuring the airflow in each room, to give the technician and customer a comprehensive understanding of the airflow happening within the home. Many contractors avoid doing ductwork because they believe they will have to completely start from scratch, he said. But he doesn’t believe this is always the correct decision.

“In reality, what you have to do is just take the air flow readings, identify what’s defective in the existing system, and then, once you’ve got that information, you can surgically repair the parts of the system that don’t work,” he said. “Whatever does work as it should, leave it alone.”

Richardson wants contractors to recognize that doing ductwork is possible.

“Many guys are afraid of ducts because … they think they have to tear it all out and make it perfect,” he said. “You can do this; you don’t have to be afraid of it.”

He said that static pressure measurements should be taken at every call, just as blood pressure is taken at the doctor’s office. Both are quality indicators of the overall health of their respective systems. Existing maintenance customers are the perfect place to begin measuring static pressure, since they already have a relationship with the company.

“Just start testing; test your own stuff,” he said. “Start on your own installs; make sure you’re doing what you promised your customers.”