This website requires certain cookies to work and uses other cookies to help you have the best experience. By visiting this website, certain cookies have already been set, which you may delete and block. By closing this message or continuing to use our site, you agree to the use of cookies. Visit our updated privacy and cookie policy to learn more.
Home » AHRI Vice President Discusses Impact of US Tariffs on HVAC
Business ManagementHVAC Light Commercial Market

AHRI Vice President Discusses Impact of US Tariffs on HVAC

Talks about effect on pricing, cost, and profit

Tariffs and how they are going to affect the HVAC industry, as well as the national economy, have been talked about in many HVAC circles lately. The NEWS wanted to get an expert opinion on the issue and recently talked with Jim Walters, who is the vice president of International Affairs for Air-Conditioning, Heating and Refrigeration Institute (AHRI).

The NEWS: There’s been a lot of tariff talk in the news lately. Can you let our contractor audience know what the situation is? 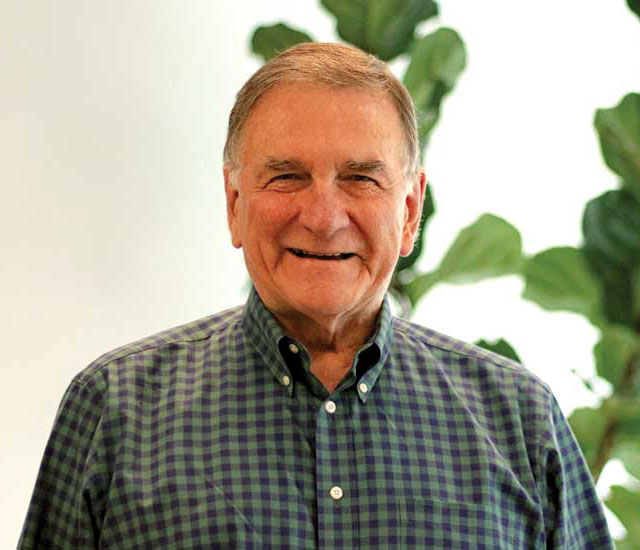 TARIFF TALK: Jim Walters, vice president of International Affairs for Air-Conditioning, Heating and Refrigeration Institute (AHRI), discussed the tariffs and the effect they are having on the HVAC industry.

Walters: Well, I think the facts are that there are two types of tariffs. The first tariffs are the Section 232 tariffs that apply to steel and aluminum. They directly affect the basic materials that manufacturers who import those materials —our members — would use in constructing their equipment. And when I say equipment, I’m talking about boilers, air conditioners, furnaces, water heaters — the full gamut of the membership that AHRI represents. The second set of tariffs that gets most of the news these days are the Section 301 tariffs with China. There have been three rounds of those tariffs, and we are currently anticipating a round four. In terms of the impact on our industry, what do all these rounds mean? Well, essentially, we’re looking at what would be easily $300 billion worth of goods if we went through with round four of Section 301. That’s a very significant number and shows the expense of the tariffs.

The NEWS: Why do you think the administration made this decision on the tariffs?

Walters: One reason was that the president has expressed a concern with America’s trade picture since running for president. I think it’s fair to say that from his actions, we know that he does not like multilateral treaties. He believes that the balance of trade figures that we’re looking at — while they’re not the only issue — they’re an indicator of an imbalance between American manufacturing and global manufacturing that has an impact on the creation, or lack of creation, of American jobs.

The NEWS: How do the tariffs affect the HVAC market? If materials are getting more expensive, it’s not a big leap to say that the products are going to cost more. Is that what you guys are seeing?

Walters: In general, the answer is yes. But keep in mind that while we listen to our members and monitor what’s happening in the marketplace, we don’t keep a specific rendering or document on particular increases. But our members have told us quite clearly that there has been an increase in their costs. And that increase in costs comes from two areas — one of which is not as obvious to recognize. One is, if they are importing a product that’s covered by a tariff, they have to figure out what to do with the increased price of that product — from 15 to 25 percent. Do they absorb it? Do they not hire people because they absorb it? Do they pass it on to the customer? A lot of downstream economic consequences come from it. And I think that is very important. But there’s a second cost of the tariffs to the members and that is complying with the tariffs and asking for exclusions. The 301 tariffs allow the importer to ask for a particular product to be excluded from the tariff as originally published. This is a tedious and time-consuming issue because every product under the tariff is published in the Tariff Schedule of the United States. It has a particular definition. It occupies literally a particular line in a huge Tariff Schedule for the U.S. Currently, we’re estimating there are 1,877 lines of tariffs. So once they decide they want to apply for an exclusion, then the manufacturer has to call for that exclusion on a particular form. They need to provide a great deal of information. AHRI has heard from its members that this form can take from two hours to 14 hours, depending on the number of lines to fill out. What we’re talking about here is a disruption of regular business for members of getting products to the public via the contractors. It has a tremendous impact across the board.

The NEWS: Now, AHRI is the advocate for the HVAC manufacturers. What are you guys doing to make sure the people in power know the views of the manufacturers? Are you partnering with the ACCA’s and HARDI’s of the world so the industry can speak with one voice?

Walters: We believe it’s important for the industry to do that. The short answer is that we’re engaging not only in conversations but in coalitions with other groups: the ones you mentioned as well as the National Association for Manufacturers. And we have both visited with the Democratic and Republican staff of the House Ways and Means Committee, which has a role in tariffs. Also, through our research, we have learned the exclusion rate for our industry. That is how many exclusions have been granted or not. Our industry is almost 40 percent lower than the average for all other industries. This is a relatively newly discovered fact by us, and we’re taking steps to find out what is the issue here. At the moment, I just don’t know any more than what I’ve told you.

The NEWS: That would definitely be alarming. Obviously, cost is a big concern as the products go through the two-step distribution model. But in regard to your members, is there any concern that homeowners or end users begin to repair instead of replace?

Walters: I think the short answer is yes. No matter what people purchase, they make financial and economic decisions. The longer the tariffs last, the greater the chance that those products will become more expensive. These are products that improve energy efficiency, address climate change issues, etc. I think it’s being reflected already. I think we can look forward to an increase in costs. I also am concerned. I don’t know what the magnitude of those costs will be. But it’s something we have to watch very closely.

The NEWS: I don’t believe you’re an economist, so if this is out of your wheelhouse, let me know. But what are your thoughts on what these tariffs might mean to the U.S. economy in general?

Walters: This is one time I am glad I am not an economist. But, like I am sure you and your readers have been doing, I have been reading a lot of economists.

I think it’s fair for the person on the street to think that the prolonging of tariffs — based on data from the World Bank and from independent economists — that there could be a reduction in both China’s and the U.S.’s GDP of up to a half or even 1 percent on an annual basis.

Regardless of which digit or which number you pick, there’s no question but that the tariffs will have a slowing effect on the distribution and sale of equipment to contractors. It will also have an effect on China. Yes, it’s having an effect. We don’t know the exact number, but it definitely is a braking mechanism, not an accelerating mechanism on GDP.

The NEWS: Last question: Do you see an end in sight here? Obviously your members, as well as most in the business community, don’t like uncertainty. What is the end game here?

Walters: The short answer is I am not sure. From what I read, it is not unreasonable to think that these could last out the year.

I know that takes one aback because it even takes me aback saying it. But I think that that’s what we may be looking at.