This website requires certain cookies to work and uses other cookies to help you have the best experience. By visiting this website, certain cookies have already been set, which you may delete and block. By closing this message or continuing to use our site, you agree to the use of cookies. Visit our updated privacy and cookie policy to learn more.
Home » Growing Concerns: Cultivating Marijuana-Friendly HVAC
Indoor Air QualityMarijuana MarketCommercial Indoor Air QualityHumidification and Dehumidification

Production facilities have several zones that require an energy-intensive systems to manage temperature and humidity throughout. And don’t forget that smell.

The fastest growing industry even though it’s illegal under federal law.”

That’s one way to sum up the peculiar existence of the modern legal recreational marijuana industry, courtesy of Bruce Straughan of Straughan Forensic LLC in Arvado, Colorado. 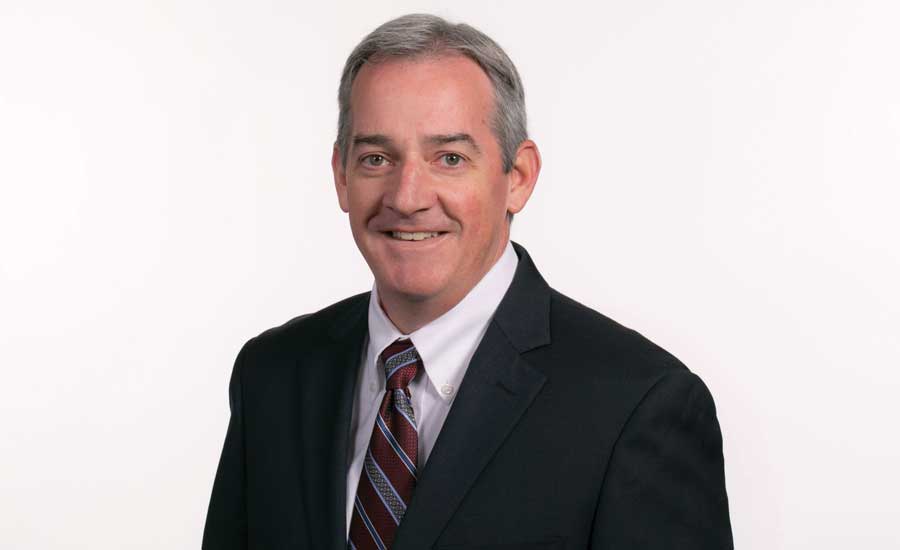 ANNOYED NEIGHBORS, NO CROPS: Those are just two of the possible unwelcome outcomes that Bruce Straughan outlined as he walked attendees at an ASHRAE seminar through the different spaces and IAQ demands in a typical grow facility.

For a standing-room-only, multilingual audience of roughly 120 that covered more of the demographic spectrum than ASHRAE sessions typically have in years past, Straughan rose to serve as tour guide through the maze of IAQ and ventilation concerns a successful grow facility must solve.

“Before we get started,” he said, “I’d like to point out I’m not a user of cannabis products.”

His interest is his work with insurance companies, lawyers, testimony, etc.

“When lawyers are involved, you know something’s gone wrong,” Straughan half-joked. “In a cannabis facility, there are a lot of things that can go wrong.”

The general indoor environmental parameters for optimal production are useful to consider, up to a point.

What’s the consequence of not getting temperature and humidity control right consistently?

Too hot will yield reduced potency and slower growth. If temps wander too far above 80°, the plants won’t flower at all.

Too hot and too dry will result in “stretched growth,” with plants that are too “stemmy” and don't have enough leaves.

Too much humidity leaves plants prone to mold and fungus. This, sure to get any owner’s attention, can destroy the entire crop.

On the other hand, inordinately cool temperatures will also slow growth, and freezing temps can, of course, kill the plants.

But these guidelines are useful only to a point because this process has distinct stages, each with its own room. Every room has its optimal mix of lighting, humidity, and temperature.

This array of HVAC demands, sometimes under a single roof, made clear that a significant cannabis grow facility can represent a substantial piece of business for the mechanical contractor — and that the contractor must have a firm grip on the variables and certain horticultural fundamentals inherent to the business.

A successful facility manages these room environments well in sequence, starting with the mother room.

How important is the mother room? Straughan said owners and project teams may consider designing this space with redundant HVAC equipment. Elsewhere, he summed up conditions in the nursery room as an effort to recreate long summer days, one after another.

The mother room houses the plant from which clones will be clipped.

Using this single, high-quality source not only gives owners continuity in final product, but also more continuity in how the subsequent plants will react to the indoor conditions.

How important is the mother room? Straughan said owners and project teams may consider designing this space with redundant HVAC equipment.

The nursery room houses the clones just starting their process. Temperatures should rest between 70° and 80°, but the humidity is a key here. Higher humidity is needed because the plants have no roots at this stage. A target of 60 to 75 percent rh lets the plants absorb moisture through their leaves.

Straughan summed up conditions in the nursery room as an effort to recreate long summer days, one after another.

Grow lights, which could be either fluorescent or LED, might run up to 18 hours each day here, but not too long, as that can stress the plants.

The humidity range dips to 40 to 70 percent rh in the vegetative room, with temperatures between 68° and 80°.

This is the first room where metal halide lights could enter the equation, still running up to 18 hours a day. The increased heat emitted by metal halide translates to a more sensible load and thus, Straughan pointed out, bigger shifts when the lights go out.

The flower room’s temperatures hold steady from the vegetative room, but peak humidity may lower to 70 percent.

Conversely, the lights ramp up even more. High-pressure sodium lights are common here, running 12 hours on and 12 hours off. The seasonal analog here is the autumnal equinox, said Straughan. A good time to grow flowers.

Ventilation strategy can also get more advanced here, including enriching the air’s CO2 levels to 1,500 ppm (as opposed to maybe 400 ppm outdoors). This, Straughan said, is good for growing but would be a critical fact and an immediate concern for first responders in case of a fire.

The flower room is also the first stage that generates the strongest odor. Activated carbon filters are most effective, he said.

Straughan warned that failing to create and implement an adequate odor control plan can endanger the whole enterprise. He cited real instances in Denver where neighbors and/or neighborhoods organized with formal complaints, putting needed permit approvals at risk.

The grow lights are now gone, which eliminates the internal load for the a/c unit. On the other hand, this space may require dehumidification.

What every client, designer, and contractor loves to hear about part of an expensive investment, Straughan describes conditioning this room as “more of an art than a science.”

The final space is for trimming and packaging. As attendees now understood, every room in the facility has its own indoor climate twist, and this one’s curveball is the presence of humans. Standard occupancy design concerns, outdoor air requirements, and so forth now enter the picture.

Beyond all the distinct HVAC balances to maintain, more choices and tradeoffs (and potential purchases) particular to these facilities await owners and contractors. 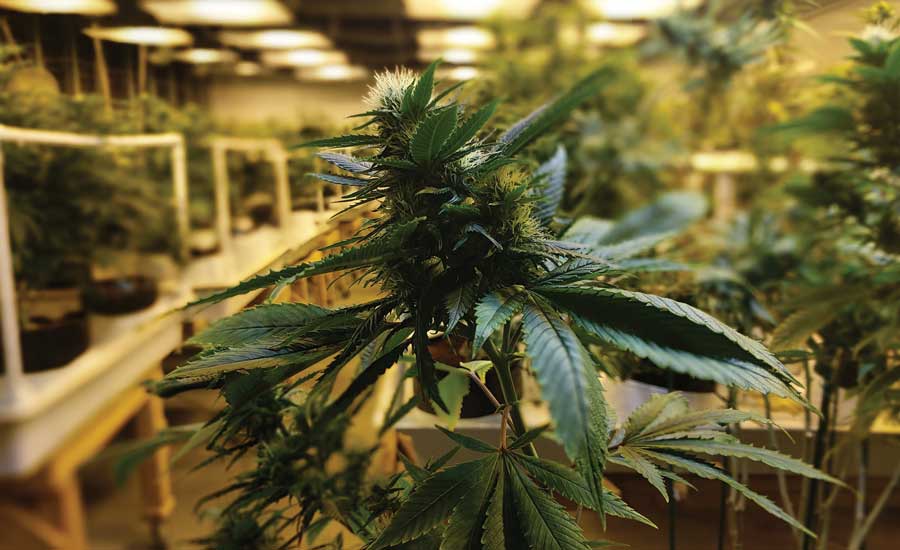 Building pressure: positive, negative, or neutral? Straughan pointed out that positive pressure keeps the bugs out but also lets the odors escape, allowing air through cracks to intrude into the building structure.

“Think natatorium,” he said. “What can go wrong in those?”

This approach does protect the building structure. However, he continued, “nobody likes this” —everyone wants to minimize CO2 loss because that costs money.

The middle ground of neutral pressure creates the need to scrub the air and recirculate it through a carbon filter, and it allows owners to run the system in “purge mode” after a harvest.

Regardless of which pressure choice an owner makes, Straughan said, vapor barriers are essential. Commercial refrigeration panels may be a good option, he noted. He cited them as a good alternative in winter, although condensation becomes something to watch for.

On the regulatory side, the National Fire Protection Association (NFPA)

is reported to be working on its own standard for these settings, so that will represent another set of safety requirements.

Lighting choices also have their own HVAC repercussions.

Those 1,000 W sodium bulbs are very popular, Straughan said, but how to cool the room in the face of all that heat?

Straughan opened the floor to questions, and an attendee inquired about how large the sizing of these systems will tend to run.

“Higher than just about any type of facility you have ever seen,” answered Straughan, after thinking about it briefly. The lights, a/c tonnage, dehumidification needs … it adds up, he said.

A professional in the industry joined in to estimate that the load is often 25 to 35 square feet per ton. She added that one has to oversize the equipment to deal with the latent loads.

One of Straughan’s final caveats related to the product, not the process.

“This is not your grandfather’s marijuana,” he told the room. “Potency has increased astronomically over the past few decades.”

With the industry coming into the mainstream commercial realm in some states, it’s also not your grandfather’s dealer’s supplier’s marijuana operation anymore.

The ratio of revenue potential to possible jail time for everyone involved has taken a decided turn for the more inviting.

However, that brings increased (and increasingly organized) competition and pressure — requiring contractors and project teams to understand the engineering ins and outs of these facilities, where any room can be the room for error.