Contractors typically do more design execution than design, but a solid understanding of the cannabis-specific design requirements for any project can avoid inadvertent violations and their consequences. Adjustments on the fly due to unforeseen obstacles or “value engineering” that might be fine during another project may not be lawful in this setting.

For that matter, knowing what cannabis projects often entail in the way of permits, codes, and even more exotic contractual considerations can affect how a contractor prices a bid — or even whether or not a contractor decides to pursue the work in the first place.

“I have seen costs skyrocket on builds that weren’t properly designed from the beginning,” he said.

Even with a proper design, the contractor has more to consider ahead of a bid.

“The discussions with health regulators, inspectors, and facility heads add up to a lot of unexpected hours” for those not prepared, he cautioned.

In California, a state as well versed as any in the legal cannabis industry, the primary ventilation rate for cultivation areas is 15 cfm, the same as the requirement for other types of indoor spaces.

After that, the requirements for a project echo the old real estate slogan: location, location, location. While localities may draw on some of the same templates and boilerplate language for cannabis facility codes and permit requirements, they can also add their own requests, stricter or more flexible than others.

The City of Santa Rosa in California published a building code reference for cannabis-related occupancies. Contractors may find passages in their own local codes similar to the following Santa Rosa sections.

4. Building elements separating the cannabis agricultural area from other occupied portions of the building must be air sealed to prevent odor migration into adjacent spaces.

6. The inlet for the ventilation system shall be located in the area(s) of the highest contaminant concentration.

An entry about structural load specifies that mechanical systems may not weaken the building or structure. That much is not unusual. However, cannabis grow facilities may use special lighting, including LEDs that have their own system to stay water-cooled. Contractors working on grow facilities might avoid trouble for the owner or themselves just by keeping extra contributors to structural load in mind, along with the occasional extra bit of plumbing or piping to work around.

Despite its seemingly comprehensive title, even the Santa Rosa document states that “the requirements below are intended to assist the applicant with some of the requirements applicable” (emphasis theirs) and should not be considered all-inclusive.

Adequate knowledge may require an extra call or contact. Contractors should check on the latest local codes every time out, given local governments’ latitude and the reality that many contractors work across more than one jurisdiction.

The most obvious cannabis-specific concern for mechanical work is odor control. Everyone involved wants to avoid odor issues, but haste and lack of expertise can create difficulties.

“Some cities have started issuing building permits for cannabis cultivation facilities without appropriate odor standards in place,” relayed Bruce Straughan, P.E., of Straughan Forensic, LLC in Arvado, Colorado. Straughan has worked with many clients in the cannabis industry himself and has presented to ASHRAE audiences and elsewhere.

That kind of bureaucratic oversight can create avoidable neighbor complaints. Straughan said some localities have learned their lesson and require odor control plans up front. Contractors in some areas may even have opportunities to rectify odor control for facilities that began under a less-then-comprehensive regulatory environment.

Charcoal “air scrubbers,” i.e., activated carbon filters, remain a popular tool that any contractor will want to be familiar with for cannabis projects.

“Ozone is also effective,” said Straughan, “but it can only be used on exhaust air and not recirculated air,” due to potential unwanted effects on both plants and people.

Neighbor complaints can turn into inquiries from code officials. Those can turn into callbacks for the original contractor, whether the real issue is an installation problem or what might have been originally insufficient guidance from local government.

More unnerving, the nature of the odor involved and what Straughan describes as the limitations of modern odor-related equipment mean that the difference between OK and actionable can often come down to the nose of a given official on a particular visit.

Shannon said this scenario is just another reason why contractors who win the job should give an initial design some thorough study.

“It doesn’t hurt to being voicing your concerns of inadequate filtration or design before the build is to happen,” he said. “Doing so will save you a lot of headache and cost in the future.”

Shannon advised contractors to initiate that discussion with designer and/or owner, and follow up with an email summarizing the conversation.

“You will be surprised how far this will go,” he said.

Give It Some Gas

Mechanical system support for modern cannabis cultivation often involves a couple of other components not found on other projects.

Many enterprises use CO2 enrichment programs to increase the speed of plant growth. Shannon describes a typical approach.

“We use liquid CO2 holding tanks outside and run low-pressure piping into the rooms where a solenoid controlled by a direct digital control system is used for distribution.”

Familiarity with the concept and with the controls is critical because if things go seriously wrong, the result can be asphyxiation for anyone in the space.

For that reason, Straughan reports that some cities will require the building owner to apply for a special operating permit for those systems, which means another technical and administrative point of note for the HVAC contractor doing the job.

“National standards are scarce in the cannabis industry,” Straughan said, but he steered contractors to the 2018 Edition of NFPA 1, Fire Code, Chapter 38 — Marijuana Growing, Processing, or Extraction Facilities. That text does address CO2 enrichment, fumigation, and cannabis oil extraction.

Get It In Writing

Even the design engineers, he said, may not fully understand the dynamics of latent loads from transpiring plants or associated evaporative cooling effects. 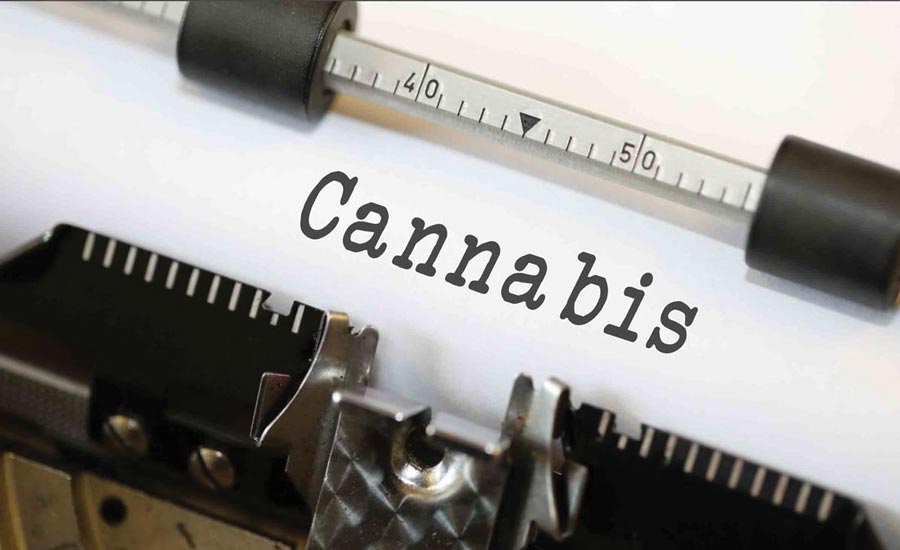 GET IT IN WRITING: Removing contractors from responsibility for any design defects and laying out the commitment for fine-tuning ventilation are two areas to sort out ahead of time. PHOTO BY NICK YOUNGSON, CC BY-SA 3.0.

Nevertheless, he noted that lawsuits remain a possibility for team members if the finished facility winds up with undersized dehumidification equipment and/or inadequate humidity control performance.

Straughan advised that “installing contractors should ensure that construction documents are written such that they will not be held responsible for design defects.”

After what might normally constitute the work being “done,” Shannon reminded contractors, the nature of cultivation means it isn’t really over. A lead technician could spend a lot of time working with the facility manager or head horticulturist to tweak conditions.

“Just air balancing doesn’t work,” he said. “Each room is a living organism that needs to be treated case by case. Any turbulence in the room from hitting a fixture or anything can cause hot spots on the vegetation or limit plant growth in that specific area,” he explained.

Contractors or consultants with any background in horticulture as well as HVAC automatically have a leg up when it comes to that degree of ventilation-related concern. In practice, this level of attention means that “it could take up to a month to dial in each room to the owner’s specifications,” according to Shannon.

Preparing for and negotiating this part of the process falls more on the contractual side than the permit side, but it can still make a key difference for the contractor in terms of resources and profit margin.

The terms for this sort of fine-tuning are “best explained at the beginning of the contract so some sort of understanding can be reached for compensation,” Shannon recommended.

In fact, he said, “this might best be served as a separate contract after the commissioning of said units.”