A Q&A with Bill Kean

Marijuana is legal in 10 states, plus Washington, D.C., for recreational use for adults over 21. And 33 states — more than half the country — have legalized marijuana for medical use.

It’s a grower’s market (pun intended). But not everyone who’s trying to make it in this industry really understands the cost it involves, said Bill Kean, vice president of Dynamic Air Services, who’s been working on marijuana grow rooms for several years.

“The biggest thing is, there’s so many people who want to get into it who think it’s like air conditioning their home,” he said. “Most guys think that we can, for $5,000 to $10,000, build a room for 100 plants. On the low side, it’s four to five times that much. It’s substantial; we’re not even on the same planet.”

The NEWS spoke with Kean, who hails from Lake Forest, California, about what it’s like to work in this burgeoning industry. 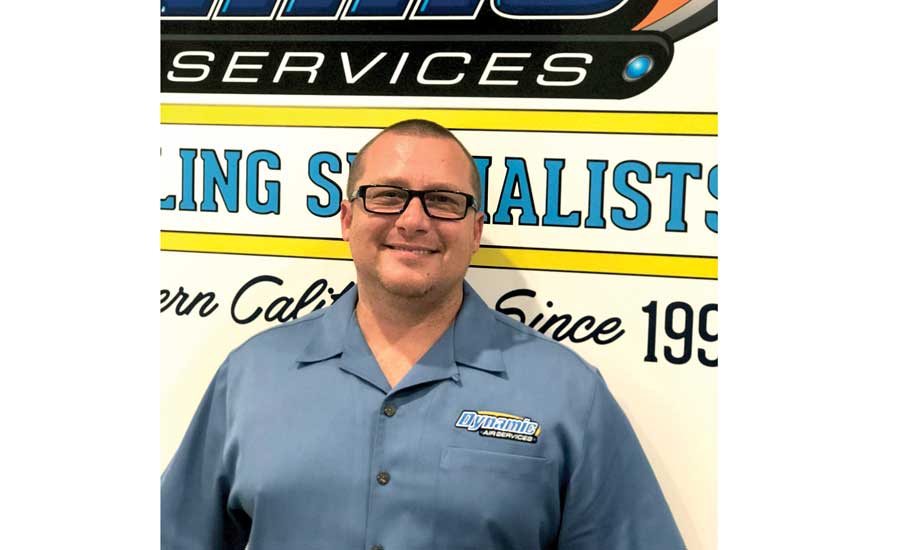 The NEWS: How did Dynamic Air Services get involved in building grow rooms for the marijuana market?

BK: We worked with a company that built clean rooms. They started building controlled environments for a couple growers. That would have been about three years ago now.

The NEWS: What kind of demand is out there?

BK: We probably do four to five projects a year, whereas we get probably 10 to 15 inquiries a month, asking for bids. As the legalization expands, we’re getting more and more requests. We are having to pre-screen, pre-qualify a lot of the inquiries. We ask them their budgets, their plans, their requirements, their style of growing, whether they have engineers on board or they’ll be using ours. If it’s a good referral from another client, they generally already have all this information and know the relative cost involved.

The NEWS: When you first got into this work, what took the most getting used to?

BK: The biggest adjustment was actually understanding the needs of groweries: the humidity control needs, plant life cycles, the amount of heat and moisture that’s generated, and then compensating for all of that. There was a lot of engineering and design involved, far more than just saying this many plants means this much cooling.

The NEWS: How do you get jobs in this industry?

BK: It comes down to a referral, and they seek us out. Growers talk to other growers, and that’s how the referrals come through. If you go out and market yourself and try to go after them … there’s nothing there. It’s kind of a weird relationship; they’re very secretive. We have to know the intimate details of how they raise their plants, the cycles, in order to design the system, and a lot of them don’t want to give their trade secrets up. That kind of goes back to why it’s such a referral-based setup. There is a lot of trust in everyone involved.

The NEWS: Have you ever got burnt on a job?

BK: We’ve never had any issues. We never bill ahead of work done, and we never do work ahead of being billed. Generally, you have an industry that wants to stay out of any legal issues. They’re pretty on the up-and-up. The last thing they want is to get dragged into court.

The NEWS: What red flags would cause you to turn down a project?

BK: Generally, their budgets are not even in the realm of what’s possible. Most guys equate it to “Oh, we can throw a couple residential systems on the roof and that’ll take care of the loads.” Our average project is anywhere from $40,000 to $80,000 for a small operation, and the larger ones are substantially more.

A clean room is generally going to have very low heat loss, similar to an office or a residence where you can get away with a single 5-ton system on 2,000 or 3,000 square feet. A grow room of that magnitude would be 30 to 40 tons of cooling. Turning out a half-done room or one that’s very basic … it’s not gonna create the environment that’s needed. We won’t even touch those. Our reputation’s worth more than that.

The NEWS: What are some pitfalls for contractors to look out for, from an HVAC design perspective?

BK: They really need to stay on top of their knowledge of humidity control, temperature control, redundancy. If you have a room that is out of spec for a limited amount of time, you can actually destroy the entire crop. Odor mitigation is becoming more and more of an issue. There are things like keeping the air clean and free from contaminants. Mold can ruin an entire batch, or some sort of bug … if you introduce it through the fresh air. So you’re kind of pre-treating and post-treating all of the air. Your standard mechanical engineer, we’ve found, doesn’t always understand the process. There have been times when they just can’t grasp what needs to be done, because it’s not commonplace — it’s not like standard heat load calculation.

The NEWS: Walk me through how you design the correct ventilation system for the facility.

BK: First, we find out what the local city or state requirements are. Every city is a little different — some don’t even have requirements in place. Mitigation is going to be the No. 1 concern. Then we design, starting with protocols … We talk to the individual grower, find out what their needs are: how much fresh air are we doing, how much can we recirculate? Other than that, it’s basically figuring out “we need this much fresh air, how are we processing the air?”

The NEWS: How is new technology shaping the way you design grow facilities?

BK: There’s a lot more industry-specific products being made. In the past, we had to make pieces work for us. Now there’s items that are readily available. You have filtration, air movement, and humidity controllers… so instead of stacking up multiple humidifiers or using a sprinkler system, you now have products that are designed directly for a specific application. We started really seeing that a year and a half, two years ago.

The NEWS: What about maintenance contracts?

BK: We retain 95 percent of the jobs we do. It’s a very high retention because they know how important it is to keep up the equipment; they know it is run longer and harder than your average, and when something does go down, it’s much less detrimental when it’s addressed immediately. We have 24-hour on-call techs. We use a lot of smart sensors for monitoring, and all the stuff has alerts if it goes out of spec.

The NEWS: How do you handle the public relations side of working in an industry that’s still illegal at the federal level?

BK: As long as it’s legal [at the state level], we don’t really have issues with it. A room with air conditioning is a room with conditioned air, for us. It’s not really our position to judge the morality of it. We haven’t received any public backlash. At the end of the day, we’re just conditioning a room to meet a specific spec. Whatever they grow inside of there is their business, not ours. Plus, being from southern California, we’re in an area where it’s very commonplace.

The NEWS: How do you see the market evolving in the next five years?

BK: I have a feeling bigger players will be involved. There will eventually be what I refer to as “recipes” for the rooms: You’re going to see a lot of pre-built environments. Right now, we’re still in that transitionary period, where there are some bigger players in the industry, but the majority of our inquiries are borderline a step up from a guy growing it in his closet. The big thing we’re seeing is, these potential new growers who are trying to get into the industry have no concept of the actual cost to build these environments. It’s a lot more complex than some aluminum foil and a heat lamp in a bedroom closet.