With 535 voting members spread across the two chambers of Congress — and about 22 percent of them holding law degrees — many professions have no direct representation on the Hill. HVAC contractors, on the other hand, enjoy a small but outsized presence, all in the House of Representatives.

Reps. Daniel Webster, R-Fla.; Markwayne Mullin, R-Okla.; and Randy Weber, R-Texas, all come to the Capitol via HVAC contractor experience. With the 116th Congress still newly installed, The NEWS asked this all-Republican “HVAC Caucus” to share some thoughts and background with their contractor colleagues.

Rep. Weber — who founded Weber’s Air and Heat in Pearland, Texas — originally replaced Rep. Ron Paul in the House and has now begun his fourth term in Congress. 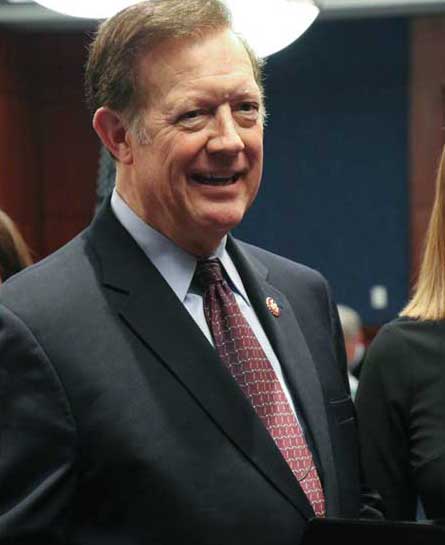 JUST THE FACTS, MA’AM: Rep. Randy Weber serves as the ranking member of the Energy Subcommittee on the Science, Space, and Technology committee. He emphasizes caution and the most reliable available data in dealing with modern refrigerant issues.

When he graduated from college, Weber didn’t have a specific sector in mind, but he knew he wanted to start his own business. His father-in-law suggested the air conditioning business.

“I didn’t know the first thing about a/c,” Weber confessed, “except that it was better to have it than not!”

Weber took his father-in-law’s advice to go back to school and take refrigeration courses at Alvin Community College. After that, in 1981, he recounted, “I ‘hung out my shingle.’ I had created one job: mine. It was extremely tough in the early going.”

It didn’t get easier when he started to take credit cards. Back then, that process still required dialing in to get the card approved. Weber was “standing in the customer’s living room, using their rotary dial telephone. The first time one was denied, I didn’t know what to do.”

All was resolved when the rep suggested that Weber ask if the customer had another card.

Like many conservatives of the era, he first felt motivated to get involved in 1983, after watching President Ronald Reagan on television.

“I told my bride that when President Reagan runs for reelection, I’m going to work in his campaign.”

Starting a theme that runs through the discussion with this congressional trio, Weber feels that a key asset he brings to his current job from his original one is knowledge about what it takes to start a business from scratch and all the regulatory issues, tax issues, and free enterprise or market issues that come along with running a business.

Relevant to the HVAC industry, Weber serves as the ranking member of the Energy Subcommittee on the Science, Space, and Technology committee. When asked about the ongoing uncertainty of the modern refrigeration situation, Weber emphasized the need to use the best proven, universally accepted and reliable data, and err on the side of caution.

Since arriving in Congress, Weber said his biggest surprise has been the inability to get things done because of partisanship, among other things. He reported that other HVAC contractors do contact him and to say they are “glad someone in our industry is paying attention.”

“I decided to get involved [in politics] in April 2011 after a disturbing meeting with the EPA [Environmental Protection Agency],” reported Rep. Mullin. 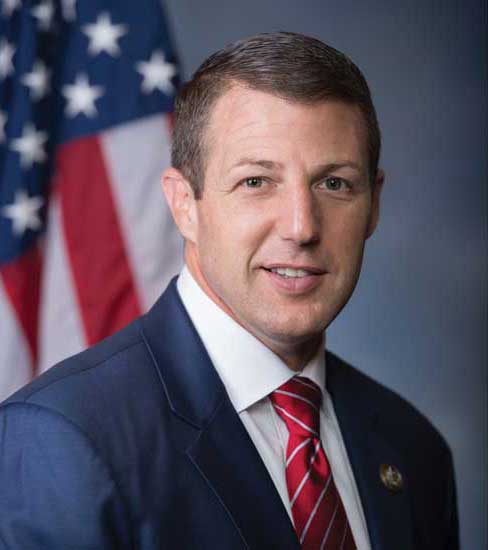 EDUCATION, NOT ISOLATION: Rep. Markwayne Mullin introduced a bill, now a law, allowing veterans to use their GI Bill education benefits to continue their education when they return home by taking accredited classes that have online or distance learning components.

“I got fed up and thought that if the biggest obstacle I have in running my business is the federal government, then that’s where I’m going,” he said.

Before that, Mullin had not been interested in politics at all. However, it was not long until he had reached Washington, starting as a freshman alongside Rep. Weber in 2013.

Mullin, who is a comparatively young Congressmen even now at age 41, was used to picking up experience beyond his years. He had assumed the helm of Mullin Plumbing in Broken Arrow, Oklahoma, at the age of 20 after his father had to step down for health reasons.

Asked for a memory from working in the field, Mullin remembers one case that was not only a service call but a close call as well.

“An older house with a floor furnace wasn’t distributing heat evenly, according to the homeowners, so they detached the vent under the house so it would warm the floors up,” Mullin recalled.

“Needless to say, as soon as I got there and heard what they’d done, I turned it off immediately and opened all the windows and doors in the house!”

“I decided to get involved [in politics] in April 2011 after a disturbing meeting with the EPA [Environmental Protection Agency]. I got fed up and thought that if the biggest obstacle I have in running my business is the federal government, then that’s where I’m going.”
—Rep Markwayne Mullin R-Okla.

As a result of generally less combustible experiences working for the company, Mullin describes himself as “really well-equipped to deal with regulations, from labor to the Occupational Safety and Health Administration (OSHA) to transportation to the EPA to the IRS.”

On the legislative side, Mullin supported the 2017 Tax Cuts and Jobs Act. For the HVAC industry, it was notable for changing the rules for expensing HVAC systems so that purchasers could see a benefit on their taxes much more quickly, as opposed to the previous 39-year timeframe.

In the last session, Mullin was inspired by veterans returning to rural portions of Oklahoma and introduced H.R.43. That bill allowed veterans to use their GI Bill education benefits to continue their education when they return home by taking accredited classes that have online or distance learning components.

President Donald Trump signed it into law, so veterans now can participate in independent apprenticeship programs for HVAC and other fields.

“We are costing our customers hundreds of dollars, and at the same time trying to convince them it’s in their best interest,” Mullin said when asked about the current refrigeration situation. “Unfortunately, we’re the ones stuck trying to explain this to our customers, who often get frustrated with us [those in the field].”

Mullin said that several years in Washington have required a certain degree of attitude adjustment.

“When you’re working with the federal government, you have to learn how to take a deep breath,” he said. “When I was running the company, I could personally make a decision and get it done. Now, it takes another 218 people in the House to agree with me in order to get it done. It can get very frustrating at times.”

And how is the HVAC system in the building where he has his Washington office now?

“It’s horrible,” he said. “I have very interesting conversations with the maintenance crews in the House office buildings.”

Now that they know Mullin’s background, he said, the facilities staff has even started asking him for advice.

Along those lines, Rep. Webster pointed out that the most senior main House office building, Cannon Building, is now over 100 years old. Another was built in 1933, and the newest began service in 1965. 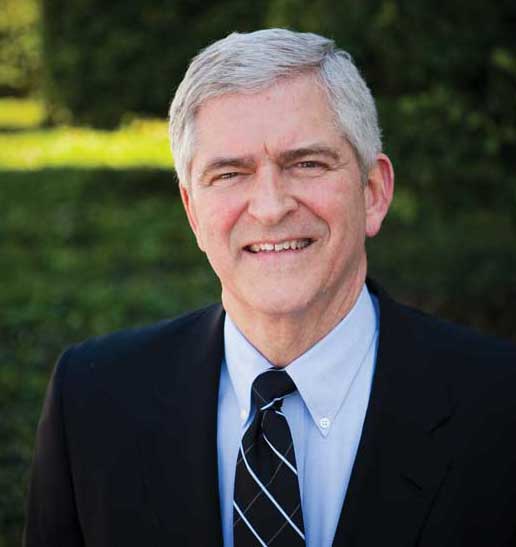 OLD-SCHOOL CONTROLS: One way the federal government has not spent taxpayer money? An HVAC overhaul for congressional offices. Rep. Daniel Webster is one of the few in Washington who can appreciate the history behind (and since) his building’s pneumatic thermostat system.

“Where my office is located,” Webster said, “the House Superintendent is charged with turning our radiators on and off throughout the year.”

Webster, who has represented central Florida in Congress since 2011, can list examples of the HVAC industry’s evolutionary progress since even the newest House office building was constructed. However, whether out of regard for taxpayer expense or other reasons, it just so happens that those developments haven’t found their way into all of the congressional office HVAC systems quite yet.

“I am reminded of advancements in technology every time I hear the hiss of our office’s pneumatic thermostat,” Webster said.

“Though,” he made a point to mention, “it works very well.”

Webster is another second-generation HVAC business owner. His father started Webster Air Conditioning & Heating after the family moved to Orlando when Webster was young.

“My dad taught me most everything I know,” he said, “most of it while I held his flashlight or brought him the needed tools from the truck.”

After earning an electrical engineering degree at Georgia Tech, Webster returned home and started working for the company. “I currently serve as president with several of my sons running the day-to-day while I’m in D.C.,” he said, though he still stops by to see how things are going when he’s in the area.

Webster’s political aspirations began after a desired zoning change for a project at his church met with a denial on the grounds it was “adverse to public policy.”

When he was told that the Florida legislature set that policy, he set his sights accordingly. As a state lawmaker, Webster helped to develop comprehensive energy legislation, with life cycle costs serving as a main component.

These days, Webster pursues a balance “when it comes to the burden we place on consumers and on our environment,” he said. “The move to higher-efficiency units serves as an excellent example of the industry taking the environment into consideration.”

He remains cautious, however, in avoiding a situation where the federal government is mandating decisions about upgrades on an individual or family basis.

Asked what has surprised him since moving from the private sector to Washington, Webster’s answer ties into his background.

“I’ve been surprised how many well-intentioned bureaucrats and politicians do not have a granular-level, practical experience of how businesses work. I have firsthand knowledge of what it’s like to have to make payroll every month, to negotiate benefit plans for employees,” and to understand the tax and regulatory burdens for small business owners.”

All congressmen have contact forms and office phone numbers on their websites. And as these stories illustrate, one private citizen’s life experience and newfound interest can fuel a journey to a second job influencing meaningful policy at the highest levels.