What to do when smart technology won’t work

What happens if the smart controls that tell a smart thermostat how to operate aren’t acting, well, very smart? Or the system won’t work with the Wi-Fi at a customer’s house?

Whether it’s a software issue, an equipment issue, or a simple Wi-Fi issue, there’s a good chance the customer is going to take their grievance to the person who installed the malfunctioning little device: the HVAC contractor. Luckily, the prevalence of the smartphone can help a savvy technician determine where the fault lies — and what can be done to get the issue resolved and the device back online.

“What we traditionally find is, when we’re at a multifamily apartment or a commercial complex, it’s very difficult to get Wi-Fi to work consistently,” said Joey Brown, vice president at Tempo Air in Dallas.

Years ago, one of Tempo Air’s clients — a multifamily property management company — reached out to them to look into this issue.

“What we found is, some apartments worked great; some, they couldn’t get [a strong enough Wi-Fi signal] for anything,” Brown said. “You’ve got concrete and multiple floors, and the Wi-Fi just strains to get range. That’s mainly the biggest issue.”

“What we traditionally find is, when we’re at a multifamily apartment or a commercial complex, it’s very difficult to get Wi-Fi to work consistently. You’ve got concrete and multiple floors, and the Wi-Fi just strains to get range.”
—Joey Brown vice president Tempo Air in Dallas

Brown solves that by suggesting an amplifier, which boosts the signal in certain areas of the home, or a repeater, which helps carry the signal farther — like down a hallway or around a corner. Smart devices essentially act as repeaters, too.

“When you’ve got other products on opposite ends of the home, that’s when they fail to connect,” Brown said. “You’ve either got to add a smoke detector or add a light switch, add more devices [in between], or you just add a flat-out repeater.

“There’s much lower cost to just plugging [a repeater] into the wall, rather than trying to hardwire it in or add something that just costs more,” he added. “You can say ‘it’s $40 to add a repeater,’ or say ‘Hey, I can always add a light switch.’ And while a light switch may be $175, it also can speak Wi-Fi.” 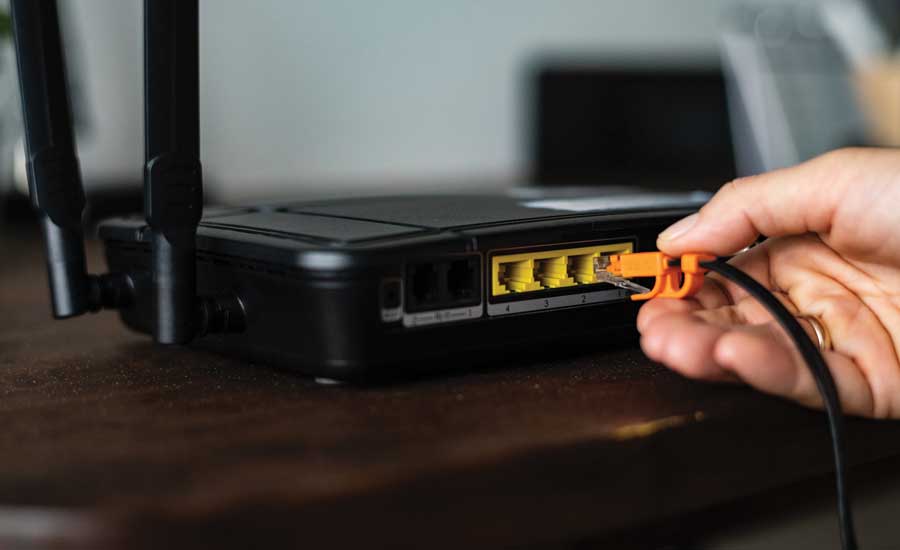 PETE AND REPEAT: A weak signal from a Wi-Fi router can be aided by an amplifier or a repeater — or, the customer may choose to invest in a stronger router.

Ahmad Hadid, service manager, Flame Heating & Cooling, Warren, Michigan, stays away from amplifiers; he likes to keep the Wi-Fi conversation between the customers and their internet providers or router manufacturers.

“I always say, if you have a router, talk to the manufacturer of that router and see if there’s something stronger,” he said. “We definitely do run into things like that, where they’ve had weak Wi-Fi; we do recommend updating to a stronger router. I’m not a fan of the booster router.

“The way we troubleshoot that, it comes back to the phone,” he added.

If the phone already gets a weak signal, the customer is going to have problems with their smart equipment, too.

Brown said he hasn’t heard from customers about their devices not working due to Wi-Fi issues.

Hadid wouldn’t say smart technology requires a totally new skill set. Some of his employees who’ve been with the company for 20-plus years are very savvy, technology-wise. Still, when a call comes in to service smart technology, he sends the youngsters.

“I definitely send a younger tech, a more millennial tech, because they’re more savvy with the internet, texting,” he said. “A younger tech is able to troubleshoot more easily than a baby boomer would.”

Tempo Air has used paperless invoicing for nine years; employees are used to everything flowing through a mobile device.

“If you’re very good at it, you want to have this computer-savvy type of experience,” Brown said. “Our techs are very familiar with iPads and technology, a lot more familiar with technology than someone who maybe just got into it last year or two years ago.”

That technology includes Wi-Fi apps, used to figure out the strength of a customer’s signal.

“Using a Wi-Fi app, we’ll go to various locations throughout the home and just determine if Wi-Fi is making it through,” he said. “If we need to … we’ll add [a repeater] right there, and then we see the signal strength boost and know we’re making an impact. If you’d told me this 15 years ago, I’d say, ‘Our guys are never going to get that.’ That’s not the case anymore. They’ve moved so fast in so short an amount of time. The manufacturers of the world have figured out, ‘We could make it a whole lot easier,’ and they did it.”

JUST A GLITCH IN THE SYSTEM

The technology itself can definitely have a glitch, according to Hadid.

A lot of times, that’s caused by a power surge or a quick brownout. Usually, restarting it will fix the issue. If not, he will call the manufacturer’s support line to get their opinion. 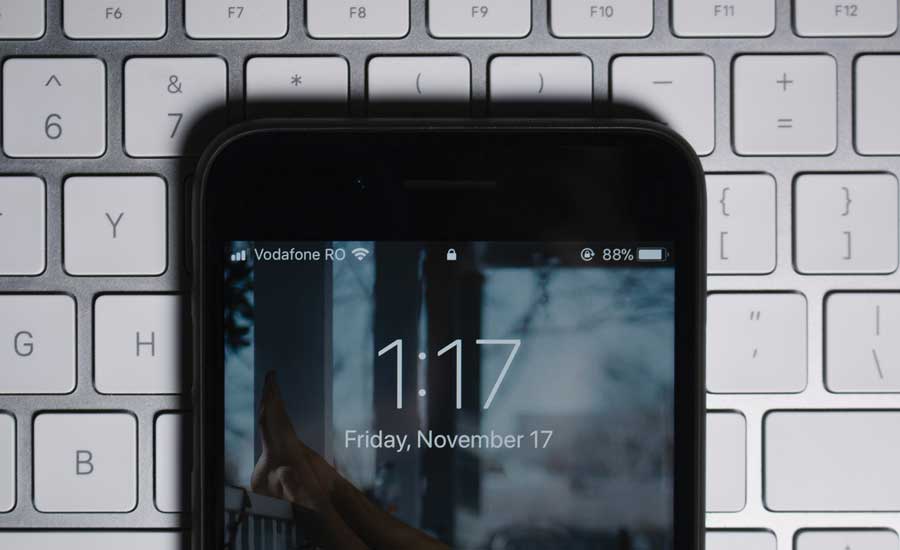 BAD SIGNAL: To distinguish if a smart technology malfunction is an issue with the equipment itself, as opposed to an issue with the Wi-Fi router, Ahmad Hadid, service manager, Flame Heating & Cooling, starts by asking the customer to connect their phone to their Wi-Fi.

“We’ve been to quite a bit of homes where Nest will actually cover [some of the cost], like there’s a wiring issue ... and it needs a common wire,” he added.

Brown puts in a couple hundred Wi-Fi connected thermostats a year. Most of the malfunctions he works on have to do with a connected manufacturer-specific product because many manufacturers have their own communicating system.

Therefore, a lot of the glitches that come up are essentially that the system is unable to effectively process the data that comes in.

“It gives weird error codes,” Brown said. “That’s not because of the Wi-Fi; those are driven off of communication events, or things that actually happen within the system that it doesn’t understand.”

Mike Ritter at Great Lakes Heating and Air Conditioning, South Bend, Indiana, said the burden to keep technology functioning falls on the manufacturers, as does making upgrades if the tech is obsolete.

“It’s no different from getting a new phone,” he said.

Some customers, though, don’t think the latest is necessarily the greatest, he warned.

“Like flip phones, some people like [older thermostat models],” he said. “They don’t want to upgrade, and they still need to be serviceable.”