ATLANTA — As in past years, one of the most popular educational sessions at the 2019 AHR Expo was hosted by the Building Services Research and Information Association (BSRIA). At its standing-room-only session, the U.K.-based research organization offered insights into current cooling and heating trends in the U.S. and around the world.

Raphael Chalogany, general manager, BSRIA Inc., started off the presentation by noting that the building industry is in a state of evolution, especially as the penetration of air conditioning has accelerated since its general adoption in the 1950s. In the U.S. alone, nearly 90 percent of homes are air conditioned by central or individual units, consuming, on average, 18 percent of annual household electricity expenditures.

“Air conditioning is responsible for 12 percent of all the greenhouse gas emissions in the world, and the current output may triple by 2050 if no action is taken,” Chalogany said. “Green HVAC must be seen as not only profitable for business, but also as a moral responsibility for our industry to make the market developments sustainable in the future.”

While there may be a lot of negative press associated with air conditioning due to its high energy consumption and environmental impact, Anette Meyer Holley, business manager of worldwide market intelligence for BSRIA, stressed that it is important to remember that air conditioning saves lives. 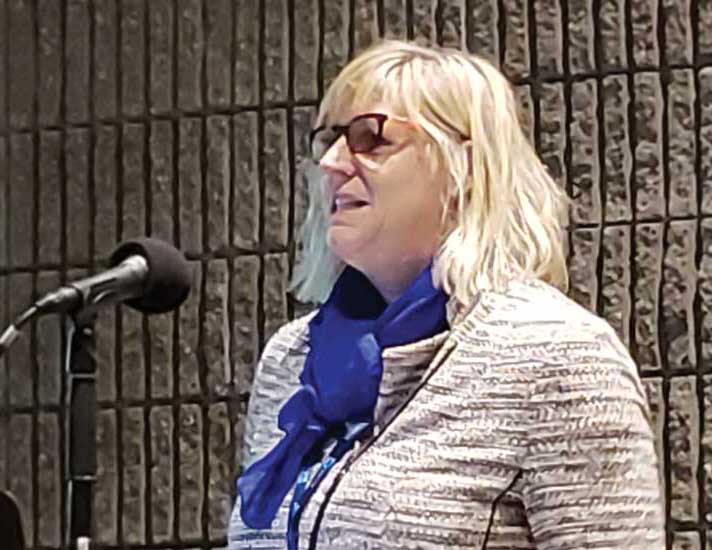 LIFE SAVER: While it may have some negative connotations for its energy consumption, Anette Meyer Holley stressed that air conditioning saves lives.

“According to The Economist in Europe, the spread of air conditioning has actually pushed down heat-related deaths by a factor of 10 since 2003,” she said. “There is also evidence that children perform much better if their classrooms are air conditioned. In the Western world, we have an aging population, so the need for air conditioning will only increase in the future. Right now, about 1.1 billion people around the world are at risk due to the lack of cooling.”

That said, she noted that it is clearly in the industry’s best interests to develop products and solutions that will reduce the energy usage and the environmental impact of cooling equipment.

“Globally, air conditioning is dominated by a few giants, and the top 10 countries in the world account for three-quarters of the market,” Holley said. “Any real changes in attitude need to be made by those giants, including the U.S., China, and Japan, to really have a significant impact.”

Overall, the global market for air conditioning saw a reasonable recovery in 2018, as many markets were boosted by a hot summer. There is still some expectation for growth going forward, said Holley, even though many markets are still recovering from the recession.

In the U.S., sales of ducted split systems — which account for 94 percent of sales in North America — increased 6 percent in 2018.

The mini split market also saw a 6 percent increase last year in the U.S., but it is still a relatively small share in the bigger picture, she said. One trend that may be concerning to some is that less expensive mini splits are becoming more of a commodity product, and sales are moving online.

On the commercial side in the U.S., the market is seeing a higher penetration of high-efficiency products, which is being driven at the regional level rather than the federal level, Holley said. However, as long as electricity prices in the U.S. remain low — they are less than half of what they are in Europe — there is not the same incentive to change.

The VRF market continues to be very successful in the commercial space, primarily due to the success of the mini VRF.

“This is a flexible product that is used as an alternative for ducted splits, rooftops, or small-tonnage chillers,” Holley said. “The Chinese market dominates with 67 percent of sales, followed by Japan and South Korea. It has also had great success in the U.S., which is the fourth biggest market in the world. While essentially seen as a product for light commercial applications, 20 to 25 percent of sales are actually for residential applications in China and the U.S. This is good news, because this is essentially an inverter market.”

As far as the chiller market is concerned, energy efficiency continues to be driven by legislation and the need to compete in the marketplace, which is resulting in an increase in the use of inverter technology. Chillers are also increasingly utilizing lower-GWP refrigerants, not due to any legislation in the U.S., but rather as a marketing tool used by manufacturers. The chiller market may face headwinds in the near future, given that it relies mainly on new construction and larger investment. In addition, competition from VRF, particularly at the lower end, leads Holley to predict that this segment will experience relatively modest growth over the next few years.

In terms of refrigerants, 2019 and beyond is going to be quite challenging for the cooling industry, she said. Europe was hit hard by regulations that reduced HFCs by 37 percent last year, although in the U.S., the shift is expected to be much slower.

“With European regulations pushing for the phaseout of HFCs, we expect to see a rapid move in R-32 units in splits and the adoption of lower-GWP refrigerants in chillers,” Holley said.  “The change in the U.S. is expected to be slow because, for now, there is no federal HFC phaseout calendar, although R-32 has just been approved by the Environmental Protection Agency’s SNAP [Significant New Alternatives Policy] program for window units and portables but not for other products due to its flammability.”

As far as residential heating equipment is concerned, Socrates Christidis, research manager of heating and renewables at BSRIA, spoke mainly about boilers, which are widely used everywhere else in the world except the U.S.

Nevertheless, Christidis said that condensing wall-hung boilers have made strong inroads into the North American market, driven by the replacement market. With federal efficiency standards lagging, the main driver for condensing boilers in the U.S. is financial support in the form of rebates offered by local utilities. For this reason, Christidis does not expect major changes in boiler growth in the coming years.

Over the next five years, replacement will continue to drive boiler sales, with Europe experiencing a growth rate of around 1 percent and North America seeing modest but steady growth, he said.

“In the European Union (EU), heat pumps are on a good path for growth, especially air-to-water types with projected annual growth of around 20 percent,” Christidis said. “Overall, hydronic heat pumps will remain a small part of the European heating market over the next five years. In North America, hydronic heat pumps must push against boilers and water-to-air heat pumps, but no significant changes are expected by 2022. The market of water-to-air heat pumps in the U.S. is about 186,000 units strong, which makes the U.S. the third heat pump market in the world.”

“These systems consist of controllers that are connected to the heating equipment and can be remotely accessed,” he said. “According to our latest findings, connected and smart system sales in the EU were worth about $140 million Euro in 2018. They are growing and will soon become a mainstream product.”