Fine China: Trump Tariff Strategy Dishes Up a Round of Seconds

Controls equipment, motors, and heat exchangers are among the items on the Trump administration’s latest list of Chinese imports targeted for new tariffs.

The HVAC-related equipment is part of a much larger in-progress list of over 280 products and materials moving through the standard process toward approval, as outlined in a June 20 filing from the office of the U.S. Trade Representative (USTR) with the National Register. The process invites written comments through July 23, followed by a USTR public hearing to be held in Washington the next day.

Following the posting of this working list and schedule, the Air Conditioning, Heating & Refrigeration Institute (AHRI) announced that it would ask the USTR to remove all AHRI member-manufactured products from the list. The USTR process does allow for parties to request tariff exclusions for specific products.

An earlier group of selected Chinese goods and materials worth roughly $50 billion has already been approved and published; those tariffs kicked in on July 6. That first list comprised a wider range of industry-relevant equipment, including compressors, furnace burners, and more.

When President Donald Trump first announced tariff details on March 22, industry organizations were swift to publicly and privately express disagreement with the idea. At that time, concern focused on anticipated consequences of proposed steel and aluminum tariffs of 25 and 10 percent, respectively, which went into effect on June 1. 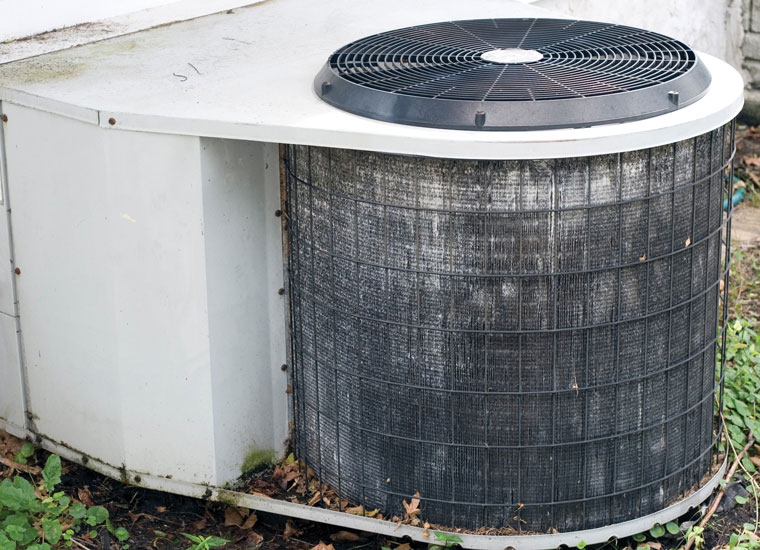 QUICK FIX: Contractors worry that as tariffs drive prices upward, users will turn to short-term tactics to prop up outdated systems rather than looking to install more efficient systems.

Paul Stalknecht, ACCA president and CEO, worried that not only would the subsequent equipment price increases drive consumers to hire labor with inferior training for their HVAC-related work, but that higher prices would also encourage short-term fixes for systems that had reached the end of their life spans and were ready for higher-efficiency replacements.

Heating, Air-conditioning & Refrigeration Distributors International (HARDI) cited its own recent member survey to support the argument that domestic steel capability could not meet U.S. demand. Furthermore, HARDI noted, certain specialty aluminum/foil components needed for some products (e.g., duct board or duct wrap) are not made at all by domestic manufacturers.

Meanwhile, the Mechanical Contractors Association of America (MCAA) responded to the March announcement by enlisting Peckar & Abramson P.C., a Washington law firm, to write a bulletin offering some guidance to its members on potential ways to recover additional costs incurred as a result of the steel and aluminum tariffs.

One piece of advice offered to contrators and subcontractors in that MCAA paper: check your contracts. Price escalation clauses have become more and more common in the wake of pricing fluctuation early this century. Some of them may have provisions to accommodate for changes in government regulation or tax law.

The bulletin also raises an older legal principle called force majeure, a concept which excuses both parties in a contract due to an extreme and/or unforeseen development (e.g., war or “acts of God”).

Since conditional threats of tariffs against China were a part of the Trump presidential campaign rhetoric throughout 2016, it remains to be seen whether the legal system might or might not consider such a trade policy force majeure in this situation.

With the clouds of a trade war gathering, the outlook is no sunnier on the manufacturer side of the industry. When asked for comment, Michael LaGiglia, AHRI senior manager for international affairs, shared that members had expressed concern not only about both the Section 232 tariffs on steel and aluminum and the Section 301 tariffs on other goods, but about the effect on their competitiveness in the U.S. market. That anxiety may sound somewhat backwards at first glance, given the traditional intent of tariffs, but AHRI members outline a scenario where they must deal with tariffs on materials or components in their own business and then compete domestically with equipment from abroad that was not subject to tariffs. 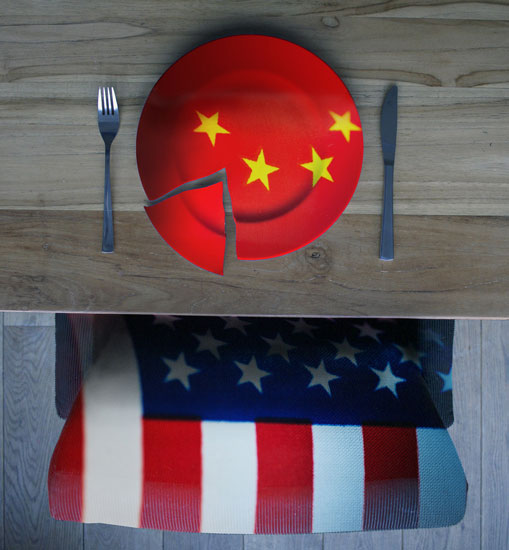 TAG, YOU’RE IT: Should the administration enact the latest proposed round of tariffs, AHRI and others expect the Chinese government to retaliate again.

“Another detrimental effect,” LaGiglia continued, “is the uncertainty that hinders long-term planning for members. No one knows how long these tariffs will last, and so members are unsure of when or if to make changes in operations. Slowdowns in job hiring could result from this type of uncertainty, which is contrary to national goals.”

While that seems like plenty for companies to absorb, LaGiglia pointed to a hidden penalty lurking in life with tariffs.

“The sheer amount of wasted employee hours and productivity in trying to follow daily trade developments, make operational adjustments, and submit tariff exclusion requests is another unfortunate result of the tariffs for members,” he said. “The process to request tariff exclusions has been particularly bureaucratic, and the Department of Commerce is struggling to process the more than 20,000 exclusion requests it has received ... as of June 20.”

LaGiglia concluded by doing the math to illustrate his point.

“According to the Department of Commerce, the estimated reporting burden for the collection of information in the exclusion request should average four hours per request,” he said. “Four hours multiplied by 20,000 requests equates to 10,000 work days lost to unproductive work. This loss of productivity certainly plays into the frustration the industry is feeling at the moment with tariffs in spite of the U.S. administration’s various successful attempts to support U.S. manufacturing.”

While China’s significant production and import of equipment and raw materials make it the primary focus of the story in the HVACR market, the Trump administration’s pursuit of the president’s vision of fair trade covers much more of the globe. AHRI’s LaGiglia points out that manufacturers, American consumers, and contractors may well feel the effects from countries closer to home than China.

Trump defended the first stage of tariffs in late May by stating that China’s overproduction of steel and aluminum is a circumstance that threatens to impair America’s national security.

On June 15, the president expanded the rationale to China’s theft of intellectual property and technology and its other “unfair” trade practices in justifying a 25 percent tariff on an additional $50 billion of Chinese products that contain industrially significant technologies.

As expected, the Chinese government retaliated with tariffs likewise scheduled for July 6.

AHRI reports that retaliation, in turn, spurred the Trump administration to implement an additional 10 percent tariff on yet a broader range of Chinese offerings, totaling $200 billion.

Should the administration enact the latest proposed round of tariffs, AHRI and others expect the Chinese government to again declare similar punitive trade measures of its own.