Do You Know When to Grow? 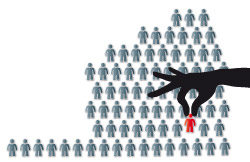 One of the challenges faced by every contractor who has started a business is figuring out when it’s time to grow and hire more employees. Yet looking around at all the successful companies in the industry that have grown from a one-guy-and-a-truck operation or a husband-and-wife duo to large, fully staffed company proves that it’s certainly possible to achieve greatness.

According to industry experts and successful HVAC contractors, there are a few important indicators that company owners should consider when thinking about how to grow their workforce. And once contractors have decided to add to their numbers, it’s essential to set up a hiring process that helps them find the best people who fit with their team.

An Eye on the Numbers

While common sense may dictate that a contractor needs to hire when there’s more work than he can handle on his own or with his current staff, experts say it’s best to look at the numbers before rushing to hire. According to numerous HVAC industry professionals, there are several business metrics that are crucial to ensuring it’s the right time to expand.

“Use common sense and put together a manpower projection based on true statistical data,” said motivational speaker, trainer, and business coach,” Frank Besednjak.

He continued, “A gut feeling is great to follow when evaluating daily decisions, but when it comes to hiring and growing your business, stick to the facts and the numbers.”

Besednjak also listed the following as essential to watch: “Increase in sales, potential growth, demographics of local market, and competition.”

According to Chris Leach, HVAC business consultant and owner of L&H Dynamic Business Solutions LLC, Sarasota, Fla., “HVAC contractors should always staff themselves for their slowest three months and then add new hires as business ramps up.”

Secondly, he acknowledged that field personnel to office support ratio, not including commissioned salespeople, should be 3-to-1 or better.

Finally, he noted that the average truck for an HVAC service technician should produce a minimum of $200,000 in sales volume per year. This allows any business owner to look at his total company service revenue and divide by $200,000 to know how many service technicians he needs to adequately service his customer base.”

Richard Harshaw, president of Lodestar Consulting Systems Inc., Phoenix, noted that many hiring indicators — such as tension and frustration for the owner and office staff, in addition to increasing delays and backlogs — simply can’t be measured. He also pointed to the staffing ratio as a good general guide to gauging hiring needs.

“It is the ratio of field employees (installers, service techs, helpers, etc.) and shop employees (those who work in the shop and not directly on job sites) to office people (managers, office staff, salespeople, etc.). The average ratio is somewhere around 3-to-1 right now, and that is decent, but it should be higher,” he said. “As a general guide, 3-to-1 is fine for a service-heavy operation; 4-to-1 up to 5-to-1 should suffice for a replacement operation, and 5-to-1 up to about 7-to-1 for a new construction or industrial operation.”

Harshaw added, “Over 7-to-1 and the office people become so tense that a mutiny is inevitable.”

Summing up the importance of metrics, Michael Goater, performance success coach at Comfort Institute Inc., said: “If you’re not measuring, you’re just guessing. Each department should have measuring sticks developed that allow you to see how each person is performing as compared to the goals.”

Putting It into Practice

“We are always measuring our ‘sold’ man-hours, both on PMs [preventive maintenance contracts] and on projects, then adjusting for our historical multipliers of required labor based upon PM hours against the total man-hours we have available with the 160-hours-per-man-per-month formula,” he said. “There is a certain ratio that we like to stay at — when we get a bit too close for comfort, we know it is time to hire.”

Crumpton and his wife started AirTight in 1999 with one paid employee, and today the company employs 36 people, 20 of which are field technicians.

Karl Roth Jr., CEO at the fifth-generation A.N. Roth Co., Louisville, Ky., reminisced about the company’s history, noting that it was started by his great-great grandfather in 1866. While Roth doesn’t know how many employees were with the company back then, he said that multiple technician positions were added in the 1970s. The reason behind the hiring was simple, according to Roth. The company could no longer provide customers their superior level of service without help.”

“I started full-time in the business in 1963, and at that time we did mostly new construction and had around 100 employees. However, in those days there was very little mechanization and nearly everything was made by hand. That required nearly as many employees in the shop as in the field. Today, a shop force of four can keep a field force of 20 to 25 busy,” he said.

Over the years, Welsch explained, the company’s employment numbers have gone up and down. In the 1990s, he began to switch his focus from new construction to service and replacement work.

“I can’t say we knew it was the right time to hire. I just knew that I was tired of going through the seven-year up-and-down homebuilding cycles,” he said. “Also around that time is when AHRI reported more units being shipped for replacement than new construction. That indicated to me that the replacement market was growing and we would grow with it.”

Currently, Welsch Heating & Cooling has 85 employees, which he pointed out is up about 10 individuals from its low two years ago.

Once a contractor has made the important decision to hire help, a new problem is before him: How to find someone who will, in actuality, prove helpful.

Both experts and contractors say that it’s important not to rush into hiring so that you can find and add the right people to your staff.

According to Leach, “There are several important steps to consider before hiring.”

Included among these, he said, are creating a job description, setting company policy expectations, and establishing a training program. “Supervisors must have a defined training program for the specific role they are hiring for with a timetable to get the new hire up to speed and capable of fulfilling their job completely,” Leach said.

He recommended that contractors use the job description to create their help-wanted posting.

“Post in places that are relevant to the kind of people you seek,” he said. “Network with professional associations like ACCA, SMACNA, RSES, and ASHRAE to build connections.”

As part of the process, Harshaw also encouraged contractors to screen potential candidates.

“Offer employment contingent upon successfully passing a drug screen, psych profile, or other screenings needed by the company for new hires, with the company paying for the screening,” he said.

Social media also offers employers another way to screen candidates, according to Besednjak.

“Spend some time checking them out on social media. You don’t want to hire the guy who has videos of himself smoking crack on Facebook,” he said.

According to Brent Hadaway, vice president of sales and marketing at Service Today Inc., Federalsburg, Md., investigating a candidate’s background is important. He added that drug testing is a vital step in his company’s hiring process.

Service Today, which was established in 2000, currently has 104 employees, and Hadaway noted that the company has added new staff every year.

Eric Knaak, vice president of operations, Isaac Heating and Air Conditioning, Rochester, N.Y., said that his company’s interview process is very extensive. “Our current program involves a battery of tests as well as three separate interviews,” he said, adding that one interview is with human resources, one is with the department manager, and one is with the president or a vice president. “We primarily look for the best qualities and then test to see if the candidate is teachable, and if they are, we can teach them how to do HVACR.”

Moreover, when it comes to hiring, it’s best to be ahead of the game, according to Goater.

“I see a number of people who wait until they are slammed prior to posting ads and starting to interview. This is reactive and is a crapshoot. All the best candidates are already working for someone else and, now that the season is upon them, they normally aren’t looking to interview with another company,” he explained.

Instead of falling into this trap, Goater encourages contractors to “advertise, interview, and hire year-round.”

Crumpton subscribes to this philosophy, calling it, “having the next hire already buttoned-up and ready to bring it on.”

He also stressed that he does not hurry the hiring process. “We work through multiple interviews, usually five or so, and have the potential tech do a two-day ride-along with a couple of our leaders.”

When the process is complete, he said everything (role, pay, benefits, etc.) is agreed upon except the start date.

“When we follow this route, it reduces the stress and allows both the hired and hiring parties to feel like the situation, as well as the people themselves, has been thoroughly vetted. It is very laborious to do all of this, but still a better process for us in the long run versus realizing on day three that we made a poor hiring decision,” Crumpton said.

Welsch added that skills aren’t the only thing to look for in potential employees.

“I believe after you have interviewed enough to make sure the individual has the skills needed for your job, you also have to interview to make sure that the person will fit into the culture of your company,” he said. “All companies operate differently, and you need to be sure that any individual you hire is going to understand your goals and objectives for your company and is willing to pursue those goals and objectives.”

Are You Looking to Buy?

The Onset of Wearable Technology

Kimberly Schwartz is Contributing Editor. She can be contacted at 248-703-3278 or kimberlyschwartz@achrnews.com. Prior to joining The NEWS in 2010, Kimberly worked on other BNP Media publications. She writes cover stories and focus articles. She holds a bachelor's degree in English from Brigham Young University.