Ontario Mandates ECMs in Furnaces — Is US Next? 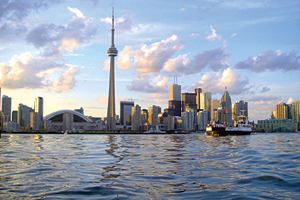 A recent change to the Ontario Building Code will require all furnaces installed in new-construction homes to be equipped with an electronically commutated motor (ECM). According to the code, the change will apply “to construction for which a permit has been applied for after Dec. 31, 2014.”

The changeover to the more efficient motors is designed to save electricity, and when paired with Canada’s three-year-old 90 percent AFUE minimum standard for gas furnaces, the energy savings could be significant for the province.

But some worry the Ontario Building Code has gone too far and that the legislation may strip consumers of their options while decreasing profit margins for the HVAC contractors installing the equipment.

And in the U.S., where residential gas furnace minimum-efficiency standards have been highly debated and litigated, some in the HVAC industry are wondering if a similar change may be on the horizon.

In Canada, provinces “have the ultimate authority” over their building codes, said Warren Heeley, president of the Heating, Refrigeration, and Air Conditioning Institute of Canada (HRAI). There is a model national building code that is automatically adopted by the territories, Heeley added, and provinces can choose to adopt the national code as-is or make additions or alterations.

“Some of the bigger provinces, like Ontario, add in their own unique requirements. Because it’s the largest province, it has significant enforcement,” Heeley explained. “It’s a pretty strong regulation.”

But regulating the equipment within a new home is relatively new in Canada. “There used to be a separation between energy efficiency and the building code,” Heeley said. “The rule makers typically stayed away from products and concentrated on the building itself.”

About a decade ago, Canadian legislators began to focus their attention on the efficiency of equipment within new construction homes. Regulations followed shortly thereafter.

“They wouldn’t go so far as a refrigerator or an appliance, but when it came to the HVAC system built into the home, they decided to start setting requirements,” Heeley said. “For the most part, they tried to stick with what the national minimum-efficiency standards were for the products themselves.”

But lately, Heeley said some provinces are starting to push the envelope on energy efficiency.

But why regulate the motor within a furnace if it is already 90 percent efficient? Simply, AFUE does not measure a gas furnace’s electrical efficiency, which can vary greatly, even in 90 percent AFUE furnaces.

Over the years, the permanent split capacitor (PSC) single-speed motor has been the most popular motor, representing the highest installation base in the industry. It often comes standard in furnaces, air handlers, condensing units, and packaged products because it is simple, reliable, and cheap. But PSC motors can’t offer variable-speed capabilities, which render them significantly less efficient than their variable-speed counterparts.

Enter the ECM. These dc motors run cooler than PSC motors and can operate at a wide range of speeds, making them significantly more efficient than PSC motors. ECMs are most often installed in premium product offerings, including high-efficiency residential gas furnaces.

Jim Lowell, furnaces product manager, residential solutions, Trane, said the company uses a variety of motors in its product line, with ECMs becoming increasingly popular due to their versatility and energy efficiency.

“Variable-speed ECM motors offer the benefits of delivering a relatively consistent airflow profile regardless of duct design, as well as providing that airflow at a much quieter sound level,” Lowell said. “This is especially noticeable at startup, when a variable-speed motor will ramp up gently and quietly to the required speed.”

Tom Archer, senior product manager for Carrier, also touted the ECM’s energy-saving capabilities. “ECMs can certainly increase the electrical efficiency of a system and lower energy costs,” he said, adding that many of Carrier’s 90 percent AFUE furnaces now come with options including ECMs.

However, despite the growing popularity of ECMs, they are not yet standard on most 90 percent AFUE furnaces, which could spell trouble for Ontario.

Caught in the Middle

While manufacturers appear to be less concerned about the Ontario Building Code change, contractors are slightly more wary of how mandating ECMs might affect their businesses. “What it has done here in Canada is, instead of turning it into an option that can be offered to a homeowner, you start turning things that are an advantage into a commodity,” Heeley said. “That’s always been a problem.”

If ECMs “become the norm, that norm then gets squeezed because the homebuilder is squeezing the contractor as tightly as they can,” Heeley continued. “This hits contractors pretty hard on their profit margins, and they have to make a profit, they have to make a living. I worry as these things go on about the impact it could have on contracting.”

Still, Heeley said moving toward more energy-efficient products like 90 percent AFUE furnaces and ECM motors “makes sense” in the long run. “It’s not a big negative, these changes, but it’s limiting the kind of product that is being offered,” he said. “In the big picture, though, that’s a good thing in terms of efficiency.”

Brian Baker, president of Custom Vac Limited, Winnipeg, Manitoba, said he is less concerned about profit margins for his neighboring Ontario contractors and more concerned that the government is mandating things he feels the industry should be doing on its own.

“What I do not like is the fact that we wait for the government to tell us what we should have already been doing anyway,” Baker said. “Why would any contractor not want to sell and install systems with ECMs? Are we not in the business to sell products that benefit clients?”

He added that mandating ECMs in furnaces is not the only way to increase electrical efficiency. “There is way too much emphasis placed on ECMs to be the magic pill to solve problems that are more often than not related to poor ductwork,” he said. “If the ductwork is inadequate or there is another problem with the HVAC system, an ECM could actually use more power as it compensates for airflow issues.”

ECM Mandates in the States?

While Ontario seems to be on the fast track when it comes to enacting energy-saving codes, Heeley said it is unlikely the U.S. will follow suit and mandate ECMs in residential gas furnaces any time soon. He pointed to the ongoing regional standards lawsuit as evidence that the U.S. still has a long way to go when it comes to establishing furnace-efficiency standards.

“When you look at Canada as a climatic zone, moving to 90 percent AFUE makes sense. We didn’t like it, and there are some installation issues there, but it makes sense in the big picture for Canada,” Heeley said.

“The problem in the U.S. is you have a number of climatic zones, and trying to find a heating and cooling requirement around a set of regional standards — that concept is difficult to enforce and difficult to get the industry on board with. Take that and try to add it to the other things that could be done to improve efficiency, like mandating more efficient ECM motors. Honestly, I just don’t see it happening.