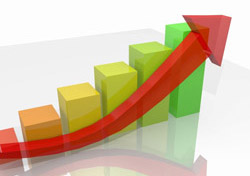 To meet this demand, 75 percent of AHR Expo exhibitors said they will be introducing new products or services at the upcoming 2013 show. The expo will take place in Dallas on Jan. 28-30.

“It is good to see that manufacturers continue to be optimistic about the HVACR sector of the economy,” said Clay Stevens, president of International Exposition Co., which produces and manages the AHR Expo. “These survey results seem to suggest a strong show in Dallas.”

Stevens pointed out that while the percentage of manufacturers who expect the upcoming year to be better has continued to climb every survey, the percentage expecting the economy to be worse has also been steadily declining. Another encouraging sign of an economic uptick is that compared to last year’s survey, 3 percent more respondents plan to introduce new products at the 2013 show.

The 2013 AHR Expo will feature more than 1,800 manufacturers and suppliers from around the world, showcasing hundreds of innovative new products to nearly 45,000 industry professionals. The 2013 AHR Expo is co-sponsored by ASHRAE and the Air-Conditioning, Heating and Refrigeration Institute (AHRI). The Heating, Refrigeration and Air-Conditioning Institute of Canada (HRAI) is an honorary sponsor. ASHRAE’s Winter Conference is held concurrently with the AHR Expo each year.