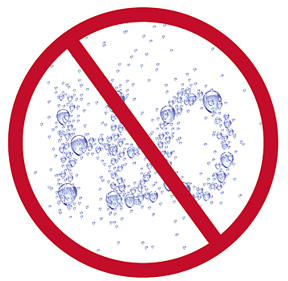 The problem of unwanted moisture in HVACR systems has been an industry evil for years. How to deal with that evil is resulting in a widening range of solutions. To the familiar approaches of using filter driers, nitrogen purges, and multiple evacuations, manufacturers are adding use of sealants as well as dehydrating and activating agents.

It is an important development as the industry more and more embraces HFC refrigerants in light of the phaseout of HCFCs. HFC refrigerant systems use polyolester oils which are said to have a greater ability to retain moisture than HCFC refrigerants that ran with mineral oils.

Someone with first-hand knowledge of the challenge is Aaron York of York Quality Air of Indianapolis. “Too many of us are only concerned about moisture when it freezes out in our metering devices and blocks, or at least impedes, the flow of refrigerant.

“While this is very bad, much more damage is done when the water does not block the flow of refrigerant. In that condition, the damage is done with the interaction of refrigerants and the moisture in the presence of heat generated in the compressor motor windings, by friction in the compressor, etc. Moisture with refrigerants combine to form hydrochloric and hydrofluoric acids, which attacks all of the metal parts of the system and eats away the insulation on the motor windings. This causes motor burnouts and metal component failures in the compressor which must then be replaced. After the failure, extensive measures must be taken to ensure that all moisture and acids have been removed to avoid subsequent failures.”

“It is much less expensive to ensure that systems are clean and dry, and kept that way,” George ‘Butch’ Welsch of Welsch Heating & Cooling Co. of St. Louis, agreed. “Moisture can cause corrosion in the system and moisture that comes into contact with refrigerant oils in the refrigerant can actually create fine globules. This effect is called ‘sludging’ and can greatly reduce the oils, lubricating ability while also clogging fine strainers, expansion devices, and capillary tubes.”

Someone else also concerned is Paul Appler, director of research for Cliplight Mfg., who recently wrote an extended paper on the topic and detailed some of the newer solutions related to use of the sealants. “The relationship between high performance air conditioning and refrigeration sealants and moisture is similar to a dysfunctional marriage. AC/R leak sealants can’t live with moisture and they can’t live without moisture.”

His solution, he said, is “particle-free and organosilane-based to seal multiple leaks against high operating pressures on a long-term basis. They need moisture to cause the necessary chemical reaction to solidify and create a long-lasting, strong bond around a refrigerant leak hole. That moisture doesn’t come from within the system however, but rather outside the system. The escaping cold refrigerant gas lowers the ambient air’s dew point near the hole and causes moisture to condense. These water droplets react with the sealant composition to form a solid chemical weld over the leak point.”

In noting his company makes such products under the SuperSeal brand, he said, “Left untreated, moisture can affect the valve plate in reciprocating models, or in low-lying areas of the condenser. Therefore, eliminating moisture has been a top priority preparation for applying sealants.”