Driving Is Hazardous to Your Health

KEYWORDS scheduling and dispatching
Order Reprints
No Comments
Dispatchers, take note: A recent survey shows that drivers seem to suffer a significant and unhealthy increase in physiological stress when driving in traffic. 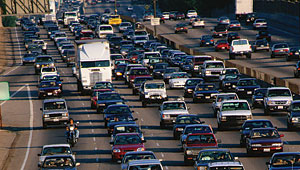 According to independent research commissioned by TomTom, men in particular are affected.

These statistics were in contrast to how the participants perceived the situation. For instance, although 67 percent of women and 50 percent of men reported they did they not feel stressed after driving in traffic for 20 minutes, the saliva tests confirm that they actually were physiologically stressed. The research goes on to suggest that the effects of long-term exposure to stress chemicals include suppressed immune function, raised blood pressure, and elevated blood sugar levels.

“These findings make good evolutionary sense,” said David Moxon, the health psychologist who led the research. “Men, in particular, show a strong acute physiological fight or flight response. The fact that they are not always aware of this could indicate that driving regularly in dense traffic could have a profound effect on their health.”

The research reveals there is a range of noticeable symptoms, although drivers may not take notice of the effects. Physical symptoms include dizziness, breathlessness, muscular aches, and even chest pains, while behavioral symptoms include agitation and erratic driving.

Is it time to fire your banker?

How to Market Your HVAC Business