Give a Salute to the Younger Generation of HVAC

Around the office here at BNP Media I am known to come up with more than my share of half-baked ideas. Now, before our Colorado readers get too excited, this means a new idea that might work but certainly needs to be further developed and thought out.

One such idea I had last year was trying to come up with a way to highlight the great young people in the HVACR industry. Everyone in the industry has seen the daunting stats that illustrate the fact there is a lack of young people coming into HVAC. However, when I travel around to industry events, I see a great group of young people who are truly embracing the industry and all it involves. Of course, that pales in comparison with the amount of people older than 55 I hear complaining about the work ethic of millennials, but, much like John Kasich, I’m trying to keep it positive here. 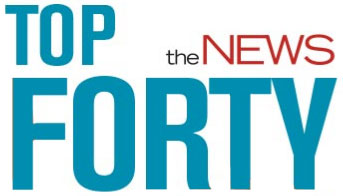 Those young people attending industry events are usually bright, motivated, and just as frustrated as everyone else that more of their peers do not choose HVAC.

For once, one of my half-baked ideas came to fruition. The NEWS decided to recognize the younger generation by taking nominations from our readers. I tend to be a glass-half-empty kind of guy and was concerned about the amount of nominations, so it started off as a Top 10 Under 40 list. I put the much catchier Top 40 Under 40 contest in my back pocket.

What happened next speaks to the volume of quality young people we have in this industry — and the number of quality older people who wanted these folks recognized. The NEWS was blown away as more than 100 nominations flooded in.

And, that makes sense. With technology, the Internet of Things (IoT), and smart homes, suddenly, the HVAC industry has gotten more hip. When corporations like Apple and Google begin sticking their noses into the industry, it shows HVAC is headed in the right direction. HVAC is no longer looked at like a Commodore 64 — a reference that is lost on most millennial employees.

So, The NEWS has decided to once again highlight the young guns of the HVAC industry. This year, we’re starting with the Top 40 Under 40, so don’t get shy on us now.

Our goal is to highlight tomorrow’s leaders today. Winners will be announced and profiled in a future print issue.

Do you know someone under 40 who is doing great work in the industry? If so, nominate him or her at under40.achrnews.com. It doesn’t matter whether that person is a contractor, a technician, a teacher, a distributor, employed by a manufacturer, etc., the contest is open to those working in all aspects of the industry. The nominee just has to excel in the workplace and have a fuzzy memory of cassette tapes.

Perhaps a technician is a customer favorite and goes above and beyond what is required. Maybe this millennial started his or her own HVAC company and is killing it. Perhaps he or she is the sharpest engineer on staff.

The younger generation loves to be recognized, and this is a fantastic opportunity to reward these individuals for their hard work and fresh ideas. One of the goals of highlighting the youth of this industry is to help recruit more millennials. The next time you’re interviewing a 20-something applicant, you could mention that your staff features one of the up-and-coming individuals in the HVAC industry.

I am excited to see who gets nominated, and I hope you’re as excited to share these young employees’ achievements with the rest of the industry.