Naturally, a substantial snowmelt system requires substantial BTUs, and that’s why hydronic snowmelt systems require a boiler or boilers with high output. An advantage, however, is that when the thermal mass of a heated surface has reached temperature, shorter and less frequent boiler cycle-times are required. 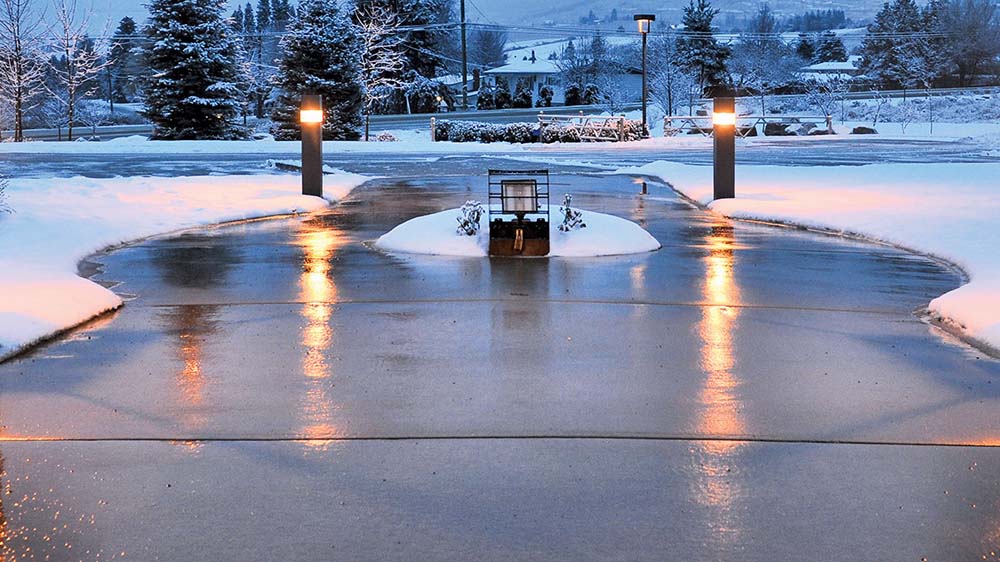 Application of snowmelt is growing. Systems are most often used to heat driveways, sidewalks, and docks. These systems, designed to keep surfaces free from ice and snow, are classified according to how fast they can melt winter precipitation.

Snowmelting systems, however, pose a challenge — high demand and high mass with extremely cold water/glycol temperatures: thermal shock. One way to prevent it is boiler bypass piping. It’ll stop cold system fluids from returning directly into a noncondensing boiler, thus avoiding the key risk of condensing the boiler flue gas, which can deliver a lethal blow to the heat plant.

Though challenges exist with any application, there are notable safety advantages as well. Take the example of York Hospital, located in Pennsylvania, which makes use of snowmelting systems in several locations. Can a medevac helicopter afford the risk of landing on a frozen rooftop? Can the team rushing out from helicopter do so safely if they’re sliding on ice? 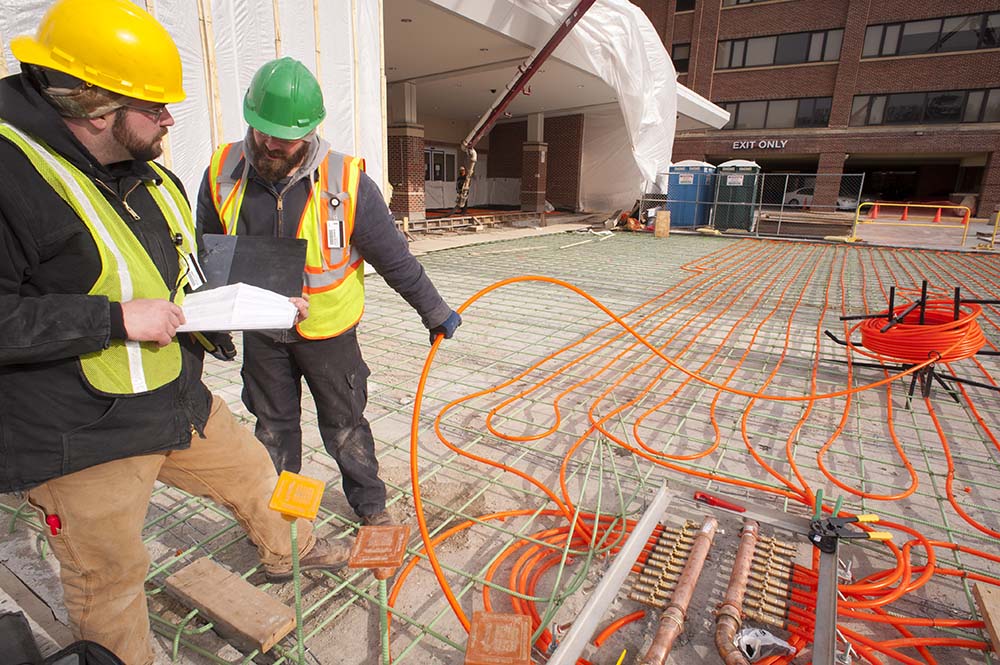 Down below at the front door, patients and visitors may be at risk of falling if snow and ice are present on the walkways and parking lots. In both of these situations, using a snowmelting system at the hospital brings the advantage of greatly reducing the institution’s liability exposure.

We know of a snowmelt system installed in Texas, of all places, on an interstate bridge that’s heated by ground-source heat pumps. Pool decks and swimming pools, too. At some of these facilities, the energy used for snowmelting is free of charge by institutional steam plants that provide stray heat or water from a condensate return.

Dog kennels and animal containment are other applications where snowmelt heating excels. Zoos love the technology for its ability to bring animals out into areas where heat-seeking critters can be seen and admired by the public.

In Canada, one expert in the radiant heat and snowmelt trade is Don Gibbs, a partner, then sole owner, of tekmar Control Systems, a Watts brand. For 30-plus years, Gibbs influenced and mentored hundreds, maybe thousands of hydronic professionals in North America. And even though he sold tekmar to Watts Water Technologies several years ago, he shows no signs of slowing down. 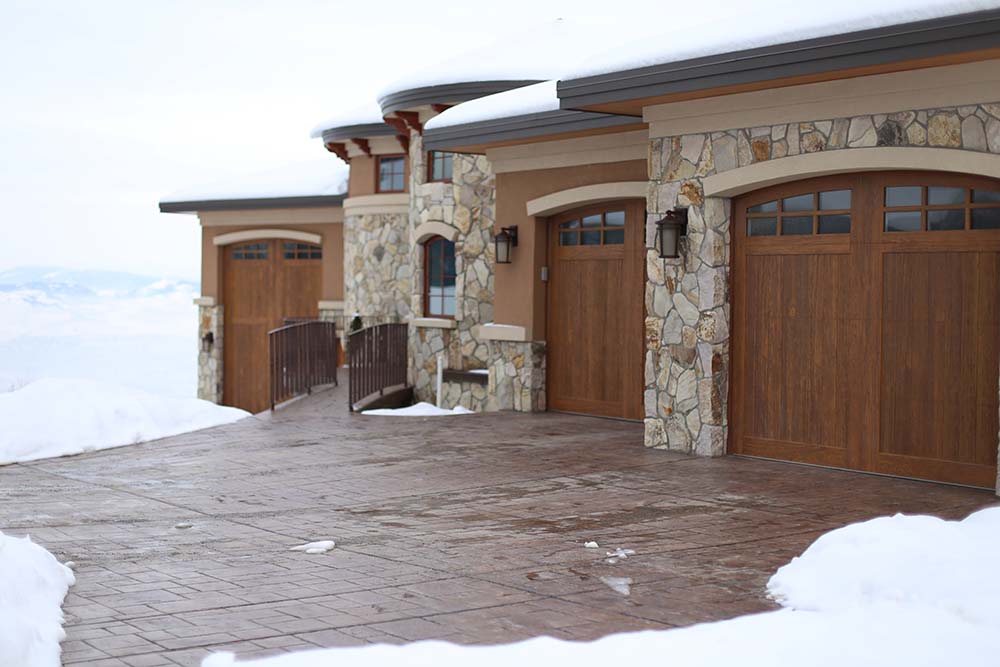 MELT AWAY: The snowmelt system installed at the Gibb’s home. (Courtesy of John Vastyan)

A few years ago, Gibbs’ own home, constructed in the Vernon, British Columbia area, became a tekmar installation site. As a civil engineer by training, Gibbs took special interest in designing a 3,000-square-foot, three-zone snowmelt system under the driveway.

The priority zone, controlled automatically to sense temperature and precipitation, is in front of the garage area.

“The snow-melted driveway surface is stamped concrete, which would easily be damaged by snow removal blades or other equipment,” said Gibbs. “So, naturally, warming the slab was the best way to get rid of ice and snow.”

Gibbs explained that under the on-grade, 5-inch concrete slab is a thick layer of compacted gravel. Elevated rebar strengthens the slab and also served as the support for thousands of feet of 5/8-inch tubing, located about 2 inches below the upper surface of the driveway.

“I chose not to insulate the slab because the earth’s warmth is often just enough to keep the driveway free of frost that can form when there’s no real precipitation,” he said.

John Vastyan of Common Ground is a trade journalist whose work is focused on the HVAC, hydronic, plumbing and mechanical, radiant heat, geothermal, solar, and broad building systems industry. For more information, call 717-664-0535 or email johnv@seekcg.com.