That was the advice geopolitical strategist Peter Zeihan shared with about 360 attendees at the 2022 AHRI (Air-Conditioning, Heating, & Refrigeration Institute) Leadership Forum on how to operate during the current market of high inflation and a tight labor pool. 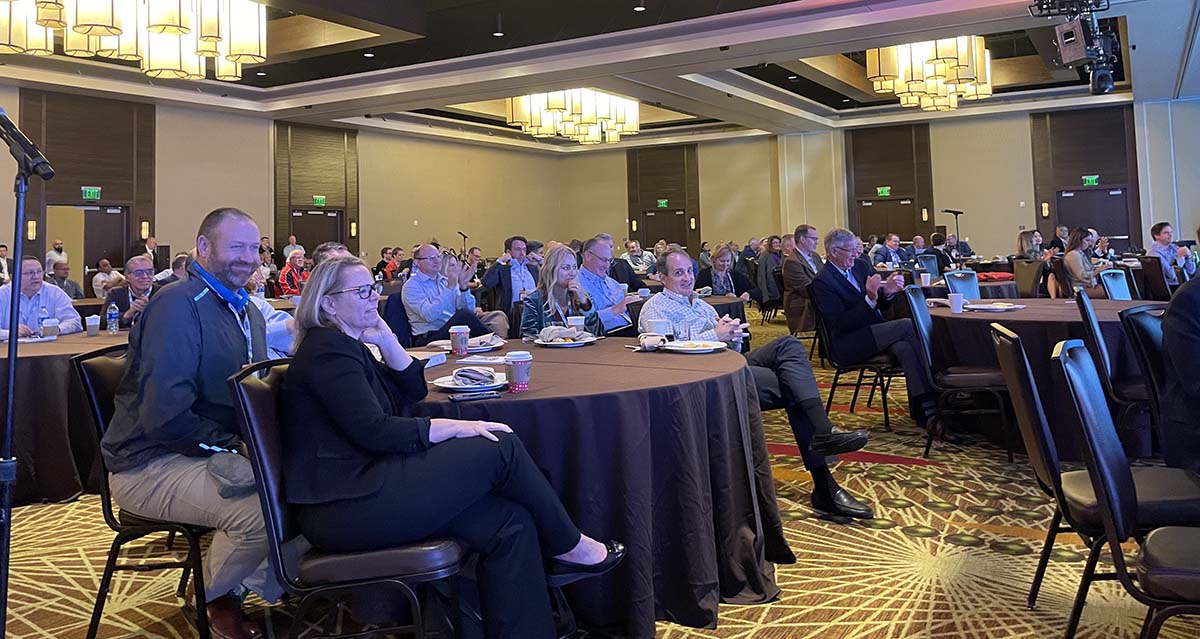 As the conference’s opening keynote, Zeihan started by analyzing Russia’s war on Ukraine (Ukraine is just the beginning, he said; if not stopped here, Russia will attack NATO countries) and then zoomed out, tracing the supply chain implications around the globe. 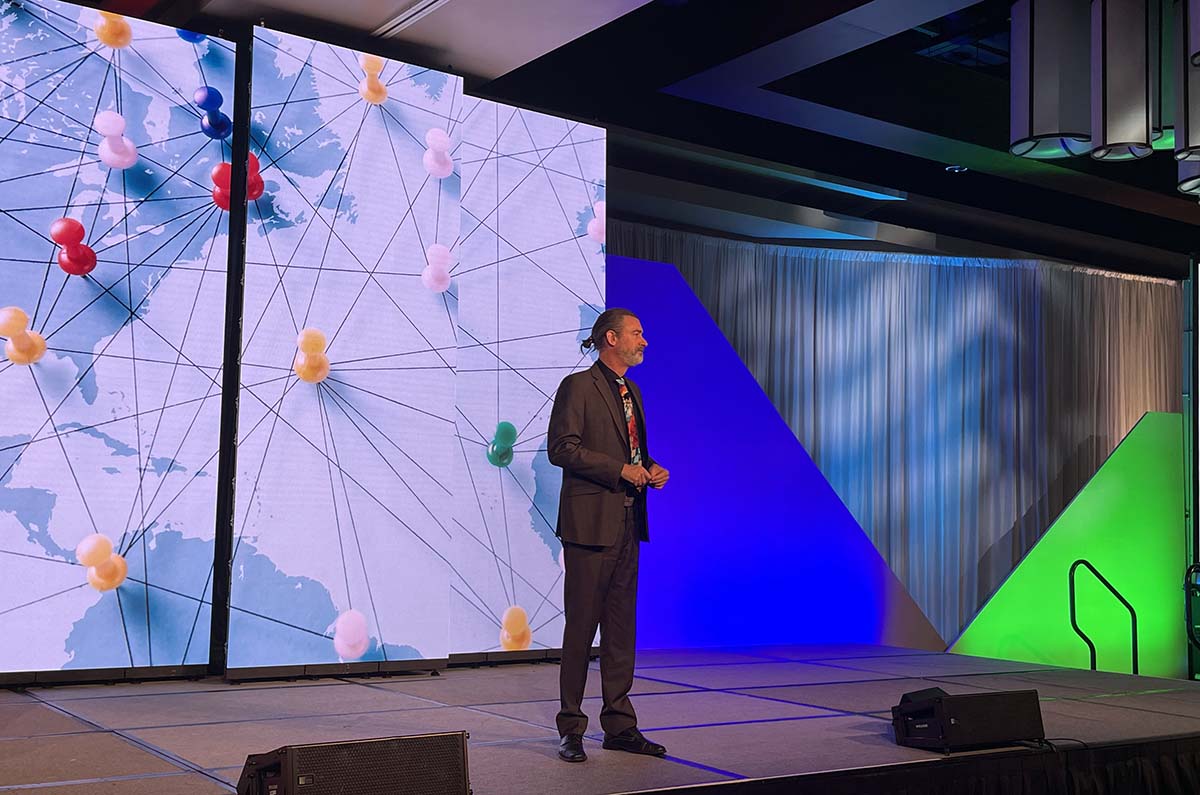 Aluminum. Palladium. Neon, which Russia originally produced in a Cold War attempt to fight the U.S. with giant space lasers, is now used to etch semiconductors. It’s made in a two-step process — the first exclusively at steel plants in southern Russia, which are all under sanction and shutting down, and the second mostly in Mariupol, at facilities that have been bombed off the map.

“That's 80% of global supply,” he said. “So in about a year, we have to decide what has to go back to analog: cars, planes … control systems?”

Globalization, he said, has created the supply chain that allows modern industry. But it’s a recent phenomenon, and it only works if countries work together.

“Let’s talk green tech,” he said, turning the discussion to a topic that has been front and center in the Biden administration, and hailed by supporters as a way for the HVAC industry to reduce carbon emissions. “It's kind of sexy to declare [energy] independence. Once it’s done, the problem is getting there.”

“And oh, yes, still Russia. Because these are materials where the Russians are among the world's top three suppliers.

“We can't have globally available fossil fuels at an affordable price without the Russians,” he concluded. “And there is no way we can do the green transition without Russia.”

Then he made some predictions.

This may sound dire, but Americans are better off than other nations and will remain so because of the country’s own oil reserves, he predicted. Meanwhile, he added, China is in the early stages of national collapse, the entire German manufacturing sector is two years from total shutdown, and the iPhone 14 might be the last one coming out for six or seven years while the supply chain relocates.

The Here and Now

The rest of the conference followed these main themes, with a focus more on the imminent future than the Millennials’ kids.

In a session titled “Trade & Supply Chain: Impact on American Business and Beyond,” Shari Ruelas, general manager of commercial products at Chevron, echoed Zeihan’s mention of nearshoring the supply chain.

“I think we are starting to see kind of a reverse trend, even with reshoring, and we're going to have the local suppliers again,” she said. “Maybe I'm going to be having my own garden in the backyard, because I think we all start are starting to kind of realize we need to get our supplier closer and that reduces some of these disruptions coming all the way from China. So I think you will see smaller guys who are serving their local communities.” 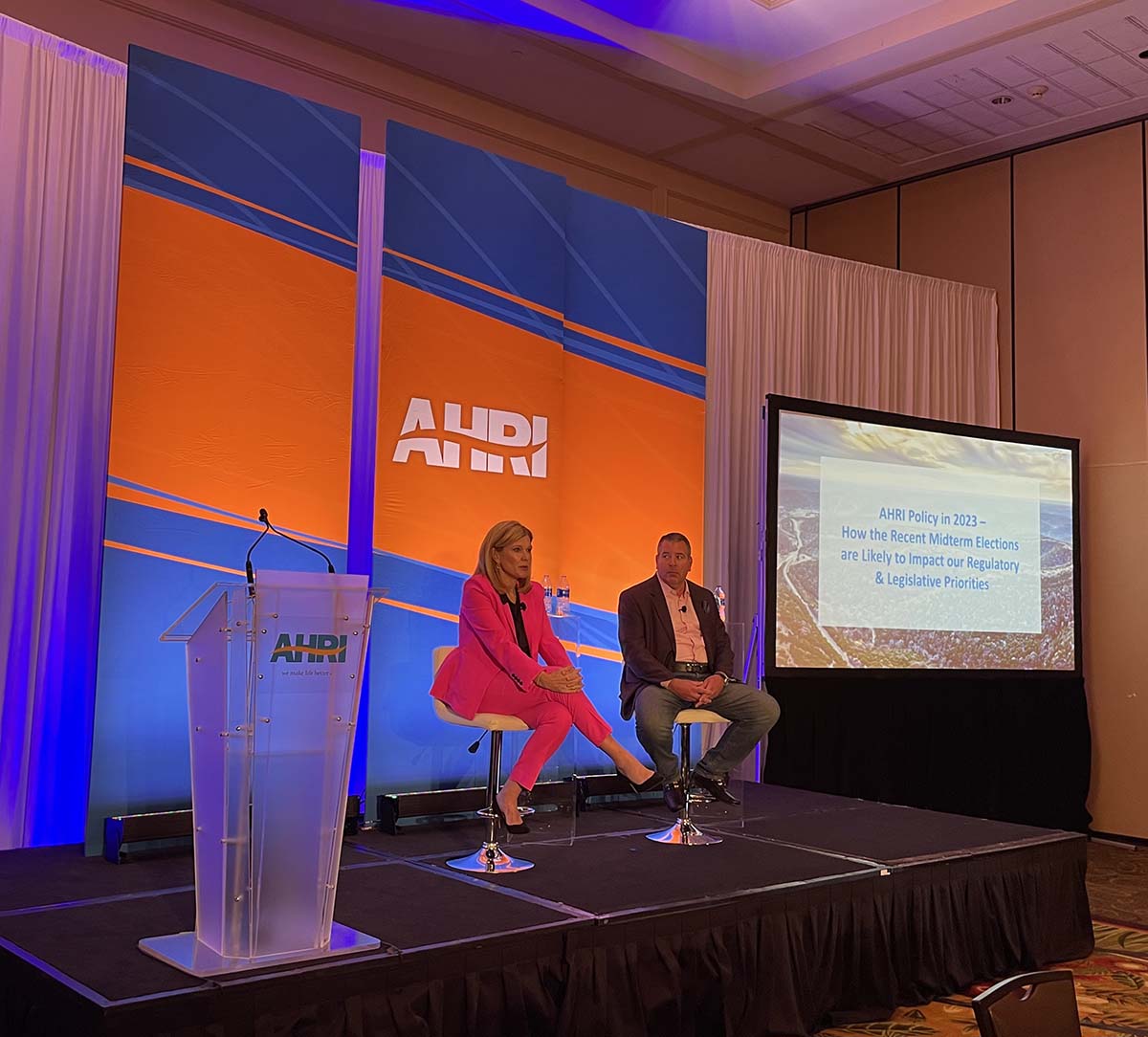 LEGISLATIVE FALLOUT: The conference included a panel on how the midterm elections would affect the HVAC industry as far as legislation. No radical changes were forecasted. (Staff photo)

Vanessa Miller, partner and chair, manufacturing sector - automotive at Foley & Lardner LLP, predicted that five years from now, there will be “much more appetite for indexing provisions being built in, such that one party is not bearing all of the risks and raw material fluctuations.

“When the cost of the raw material goes down for the buyer, you're going to get a better price. And when it goes up, we're going to share the pain a little bit, but then also tying it with some of the volume targets,” she said, “because if you're not meeting those volume targets, or your ordering went way over capacity, it's going to cause strain and confusion. It's not what you based your model on.”

Meanwhile, she has been seeing a huge appetitive for renegotiating pricing terms under fixed-price, long-term contracts — something she warns her clients against doing.

“The court is not the place that you want to have your strategic supplier or strategic customer because it's going to change by virtue of what judge you get, what mood they’re in,” she commented. “It's really a coin toss as to whether or not they're going to require the supplier to keep selling at a loss. And even if you get that court order, what good does it do you have an incredibly unhappy supplier? … Do you think you're going to get the best quality, the best customer support?”

The Kigali Amendment, ratified by the Senate in late September, was AHRI’s “signature achievement,” said AHRI CEO Steven Yurek in his opening remarks.

“So, we can rock and roll as long as we get all the states to agree on the building codes,” he said. Looking ahead, he predicted the water heater definition legislation may get enough support to be passed as part of an end-of-the-year spending bill and more single-use plastics/packaging bills will be introduced at the state level next year, particularly in New York. That state recently passed a right-to-repair bill, which he said AHRI will be following closely during implementation; it covers any product that has a microchip and is over $10. 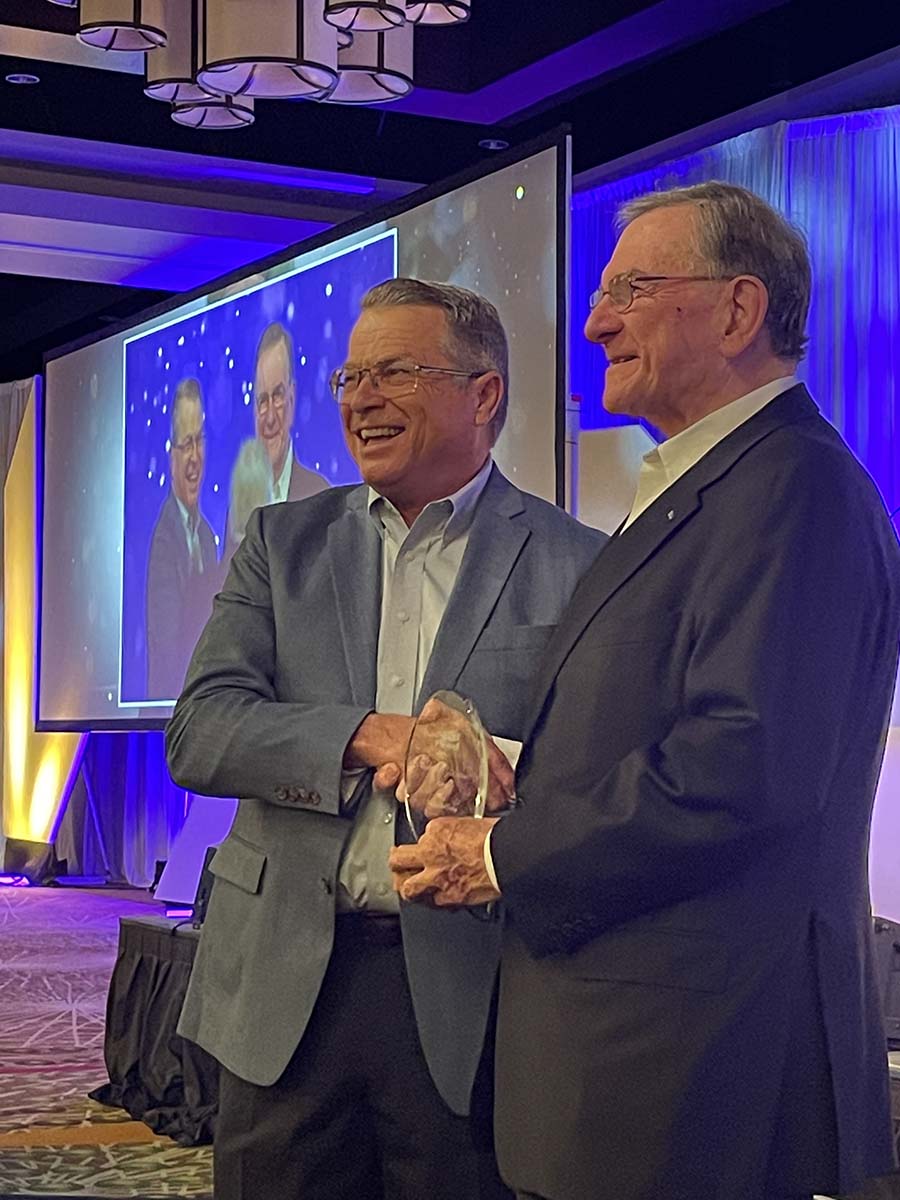 “Not every state or locality necessarily wants to listen. But there's a great swath of the nation that not only is willing to listen, but very much desires our help,” said AHRI’s 2022 chairperson Ron Duncan, president of MagicAire. “Our tagline ‘We make life better’ is so much more than just a few words on paper. It's our mission and we are committed. And we should all be proud to be a part of that.”

At the Annual Chairman’s Breakfast, the following awards were presented: