It’s all about helping others for this Virginia contractor

Back in high school, Ted Puzio, founder and owner of Southern Trust Home Services, took an electrical class and loved it. Upon his father’s request, Puzio tried the college route for two years. But he spent those two years at the pub and flunked his classes.

So he dropped out.

So Puzio went to trade school, joined the electrical union, and started working as an electrician in New Jersey. Then in 1995, he moved to Virginia and started his own business.

He started out doing new construction, and then shifted gears and started doing residential electrical work. The shift worked well. Eventually, after obtaining a license as a Master Plumber, he added a plumbing division to his business. Within a year, it took off.

Puzio then obtained his license in HVAC and gas and added an HVAC division to Southern Trust. Today, the outfit located in Roanoke, Virginia provides residential heating and cooling, plumbing, and electrical services, and also deals in luxury baths. 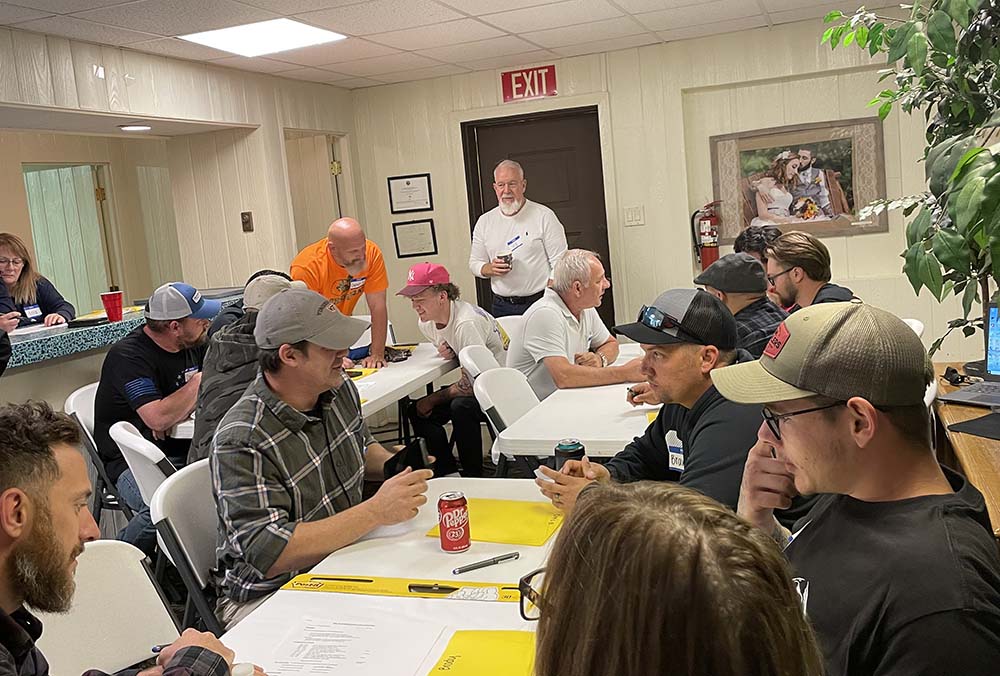 Southern Trust services about an hour and a half radius of Roanoke, Virginia. They have a 120,000-square-foot warehouse, a full consignment warehouse, and 70 employees. 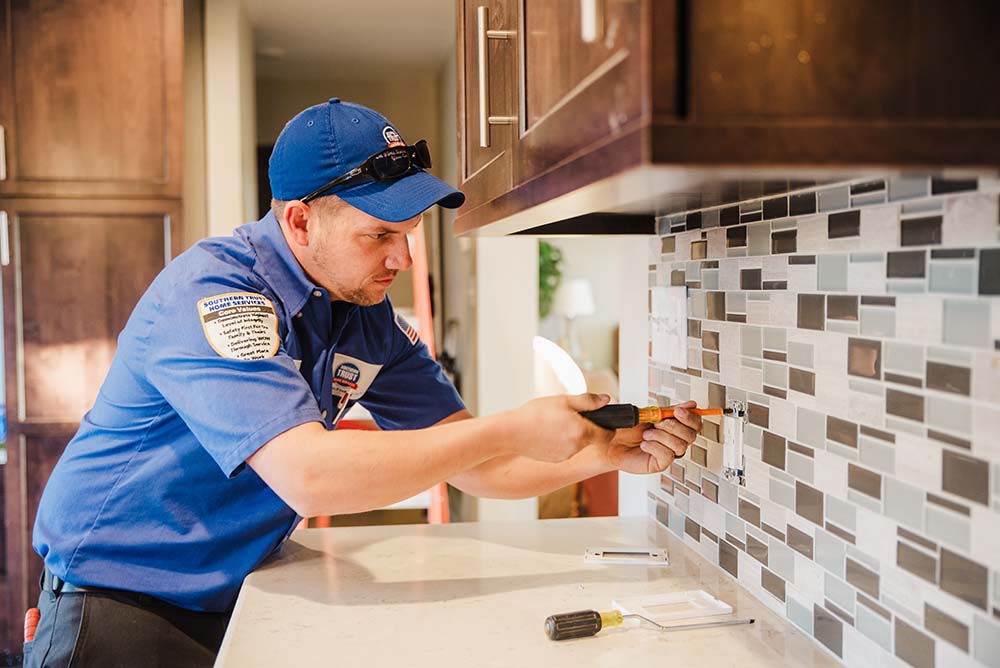 “We’re a seven-days-a-week company. We have an office staff and our experts working on Saturdays and Sundays. … Anytime your home breaks, we have a truck waiting for you,” Puzio said.

Over the years, the company has grown tremendously. Puzio moved an employee up into a managing director’s role so he could take a step back. He even hired a recruiter.

“I guess what I would probably say while I’m no longer involved in the day-to-day, I have been watching the company grow,” Puzio said.

At first, it was nerve-wracking for Puzio to take a step back. But he was quickly comforted by the capabilities of Leslie Nolan, managing director at Southern Trust.

Over the years, the company has won a number of awards. Most recently, the company won the Inc. 5000, which only 7% of the companies in the nation are awarded.

Puzio was also recently approached by Google to take part in a special program. Southern Trust Services is doing so well with Google’s Local Service Ads (LSA) that they want to use Southern Trust as a benchmark model company.

A turning point in Puzio’s business came about nine years ago, when he joined CEO Warrior. Back then, the company was doing $800,000 a year in business. This year, they’re on target to hit $15 million. When COVID-19 hit, Puzio said CEO Warrior had them so prepared that they ended up growing massively during the pandemic.

“To have an organization like that is just so powerful,” Puzio said. 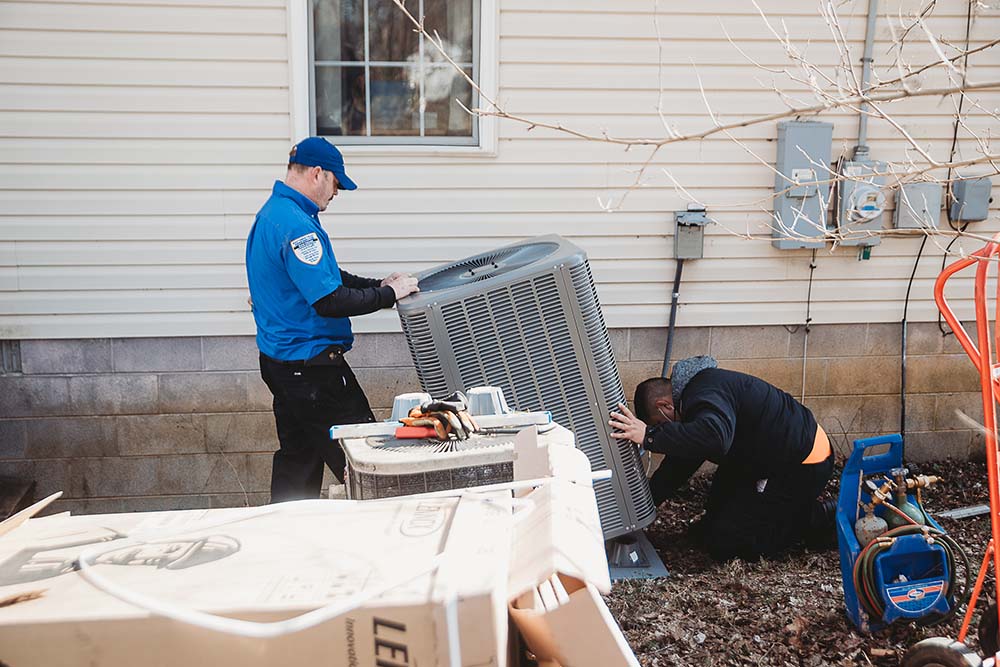 Another turning point in Puzio’s life — one that ignited his passion for helping others — was when he was in his 30s, working out of a Dodge Dakota pickup truck and struggling to do so. Until one day when he was working for Mr. Fralin, who at the time was the vice president of Advanced Auto Parts. There was a black van in the yard of Advance Auto Parts, and Mr. Fralin gave it to Puzio.

“He said ‘I want you to have that … I am going to give this to you. We want high mileage on our vans. We have great maintenance. It’s yours.’ And he gave me the keys,” Puzio said.

So Puzio painted the van white, put a plastic light bulb graphic on the side, and he was in business.

“Many people think you need a college education, and that’s unfortunate,” Puzio said.

Southern Trust Home Services started a program with the local high school where rising junior and seniors come and work for Southern Trust a couple days a week and not only get paid, but get high school credit. When they graduate, they go through Southern Trust’s apprenticeship program.

The kickoff to the program was an open house, where over 32 kids and parents gathered in their trading room.

“It was packed. There were parents and kids thanking me for doing this because they didn’t know what their child would’ve done without it,” Puzio said.

The students are more than happy to start working full time for the company after graduation because they know they are making good money, and they have a secure job, Puzio said.

“It’s really cool to see these kids get into it. One of the first guys that came on was an HVAC helper intern … and now he’s in the service truck making nice money.”

“And that’s why I was wanting to do all of this … to change people’s lives and have an influence. I could do it for the homeowner. And now I can do it for the employees.”
Ted Puzio
Owner, Southern Trust Home Services

What It’s All About

When it comes to the industry’s technological advances and changes, Puzio loves it.

“I just dove into [technology]. And it helps. We were the first in the valley to have a dispatching software. We use Service Titan … so homeowners can see the truck arriving.”

Puzio would like to start branching out and open a location on the east side of Southern Trust’s territory towards Richmond, Virginia.

“Grow or die … don’t be afraid of change,” Puzio said.

Craig Smith, lead sales representative at Southern Trust, has been working the company for eight years. Smith started off on the commercial side of things. He was doing some side work with a buddy who Puzio had tried to recruit. But his buddy couldn’t do it. So he recommended Smith, and Puzio gave him a chance.

“That’s what I love about Ted. He’s always willing to give you a shot to prove yourself instead of just cutting you off,” Smith said.

The best part of working for Puzio, Smith said, is that he hires you to retire you.

“I started out as a technician, and now I’m his lead sales rep. [Puzio] loves to grow people within the company … and it’s been really amazing to see where we’ve come from.”

When Smith first started working for Puzio, they were working out of a two-car garage at Puzio’s house.

“Now we’re in this huge building that we’re literally outgrowing,” Smith said. “He has a vision. And what’s been my reward is seeing how someone has a vision and seeing it come to fruition.”

It’s hard for Puzio to put a pulse on his favorite part of being in the industry.

“We had one guy who lost his mom last year. And she always wanted to go to Yellowstone. Well, he just rented two 15-passenger vans for his whole family, and they drove from Martinsville, Virginia to Yellowstone and sprinkled her ashes there.

“And that’s why I was wanting to do all of this … to change people’s lives and have an influence,” he continued. “I could do it for the homeowner. And now I can do it for the employees. So it’s just an awesome feeling. I’m fighting tears back now. But sometimes I get emotional.”