Home automation systems, such as those controlled through apps on internet-connected devices or via voice-activated hubs, can boost the energy-savings potential of ductless mini-split systems used for residential heating and cooling.

Major manufacturers of single- and multizone residential ductless products have expanded the Internet of Things (IoT) in recent years by introducing software that can automate HVAC as well as by enabling that software to interact with voice-controlled systems like Google Nest’s smart speakers and Amazon’s Alexa.

“We definitely have those capabilities to tie into,” said Michelle Robb, senior director of marketing at Mitsubishi Electric Trane HVAC U.S. (METUS). “You can just simply talk to Alexa and tell her to turn the temperature up or down in a specific zone.”

Robb was referring to the METUS kumo cloud, an app that can be used to control all METUS ductless products as well as link them to voice-activated automation, like Alexa or Google Nest (formerly Google Home), which then in turn can manage heating and cooling.

LG has a similar platform — ThinQ — and Daikin has its Comfort Control app. Samsung HVAC has the SmartThings app, plus the voice-controlled smart assistant, Bixby, that’s found on new Samsung phones.

“We’re really trying to make this as easy to control from wherever you are,” said Jose De La Portilla, national training manager at Samsung HVAC.

COOL LOOK: A wall-mounted unit for the LG Electronics Art Cool Premier ductless system. LG’s ThinQ app can be used to control a variety of its products. (Courtesy of LG Electronics)

Ductless systems already can lead to impressive energy savings in most regions of the U.S. — up to 60% when compared to certain other technologies, according to the U.S. Energy Star program. Ductless technology relies on electric heat pumps for both heating and cooling, and no ductwork is involved.

Linking ductless systems to automated controls that allow users to limit, or even shut down, system usage when people are not at home, or in home heating and cooling zones that are rarely used or unused, can extend that efficiency, ductless manufacturers say.

“For example, if you are not using your basement, why not minimize energy use and your energy bills?” said Carl Barnard, director of the control solutions department at LG Electronics U.S.A.’s air conditioning technologies division. 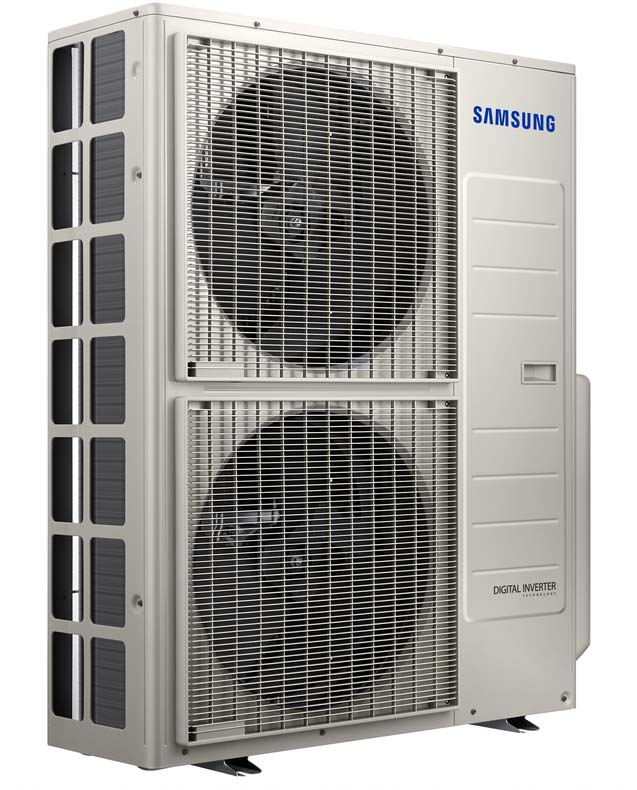 Programmable thermostats, which have been around longer, offer many of the same features, but newer smart technology, experts say, takes those automation ideas several steps further.

• Users can remotely turn the temperature up or down, while at work or on a trip, via an app on the phone.

• Geolocation features — or geofencing — on smartphones can signal the app to adjust the temperature for energy savings (dial it down in the winter, up in the summer, for example) when no one is at home, then readjust it to a desired comfort level during the occupants’ commutes home so it will be at an optimal setting by the time they start to arrive.

“Apps that are granted access to your mobile phone’s location can automatically relax cooling and heating temperature set points when you leave your house — based on your geolocation — which helps minimize energy use when you are not at home,” said Barnard.

• Some systems also have occupancy sensors that take into account how many people are in a space when adjusting the temperature.

• Artificial intelligence (AI) features that learn occupants’ routines — such as when they’re home and when they’re not, and what temperatures they like at specific times or in specific zones — can adjust heating and cooling accordingly for optimum efficiency.

“It just continually records that data to the cloud” with the goal of using the information to refine comfort and efficiency, De La Portilla said. “Every day, every hour, every minute, it’s learning.”

Voice-activated hubs, installed in the home, can make the control of automated ductless systems touch-free. Manufacturers say they enable their HVAC automation software to work with a variety of hubs from other companies for the sake of convenience.

“Sometimes you have customers who are just more comfortable with one or the other,” said De La Portilla. “They don’t have to learn a whole new system” of automation as they add various smart products.

Ductless systems can make for easier installations, De La Portilla said, because technicians don’t have to work with heavy pieces of metal ductwork or crawl around in tight spaces such as attics.

“It can actually reduce the installation time and the cost of goods” such as sheet metal, he said.

While qualified contractors should be doing ductless installations and getting homeowners started on automation, homeowners can pick up tasks like navigating the automation apps and connecting them to voice-activated systems.

“The homeowner can make a secure connection to home Wi-Fi in a few minutes,” said Barnard, at LG Electronics, of LG’s ThinQ. “In addition, the homeowner can choose whether or not to integrate with smart home hubs.”

More smart automation is on the way. Robb said that some of the products in the pipeline at METUS will make its HVAC systems even more intelligent and more intuitive.

“We are constantly looking to improve our products with technology,” she said.

The $6 Million Plan: Department of Energy Invests in Geothermal