HVACR professionals have questions about the new mildly flammable refrigerants

As the HVACR industry transitions away from HFCs such as R-410A to alternative refrigerants that are mildly flammable (A2L), it is not surprising that those who will be handling – or teaching about -- these new products have a lot of questions. The recently held HVAC Excellence National HVACR Education Conference served to provide responses, through a number of comprehensive seminars and Q&A sessions designed to educate attendees about the new refrigerants. 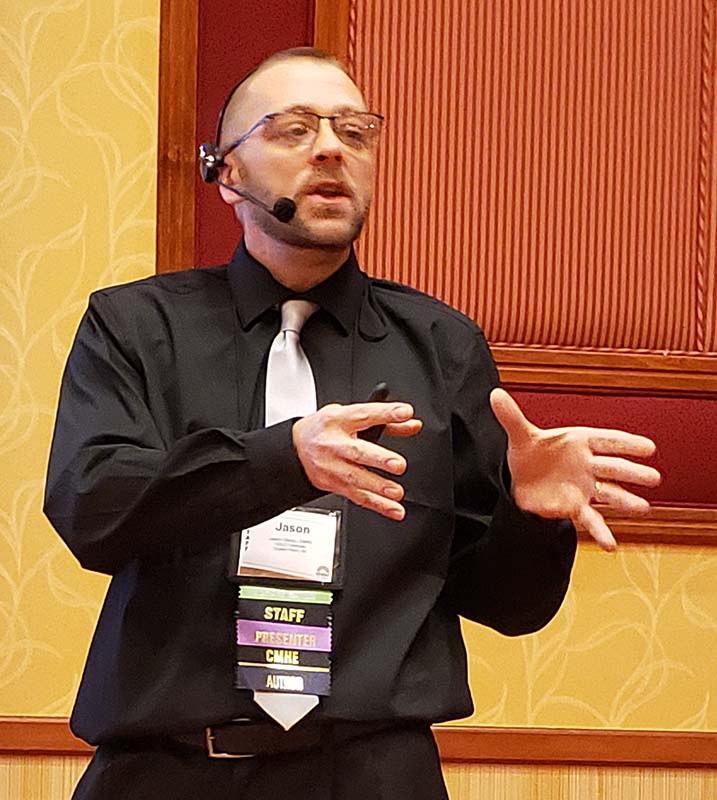 Jason Obrzut, director of industry standards and relations at ESCO Group, led several of these sessions, and his responses to the most frequently asked questions are detailed below.

Q: Why the sudden transition away from HFCs?

Jason: This has been going on all around us for some time. For the last five or six years, cars have had an A2L in their air conditioning systems, R-1234yf. The window units that we can buy anywhere have had R-32 since 2015. The refrigerators that we buy for our houses have an A3 refrigerant, either R-290 or R-600a, so it's been creeping in all around us. This has been a slow progression, but now with the AIM Act, it's starting to speed up. This is not new. There are over 100 million A2L units installed worldwide, just not here in the U.S. They’re all throughout Europe, Japan, and Australia, and they've been safely using them for the last decade. When we switched from R-22 to R-410A, they were switching to R-32. So again, this isn't new to the game, it's just new to us.

Q: Since these refrigerants are flammable, aren’t they dangerous to work with?

Jason: While some people may be worried that these refrigerants will blow up, I want to point out that most of us get up in the morning and drive to work or the grocery store and then we stop at a gas station and pump 20 gallons of an A3 fluid into a moving target. And then when we're done, we get in and sit on it and drive to the next location. And we're not worried about that exploding, right? Why not? Because cars are designed for safety. Look at furnaces. We bring gas into the house and then light it on fire to stay warm, but it doesn’t burn the house down, because there are all kinds of safety switches incorporated into the design of the furnace. There's a rollout switch, a limit switch, a pressure switch, auxiliary limit switch – there are built-in design safety standards. The same thing is going to happen with A2L units. They're going to have safety in mind when they're designed, and that's laid out in UL Standard 60335-2-40.

Q: What is LFL and why is it important?

Jason: LFL stands for lower flammability limit, and it is the minimum concentration of a flammable substance – in this case a refrigerant – that is capable of ignition when there is a sufficient mixture of air and the substance. It’s expressed as refrigerant percentage by volume, so the lower the number, the greater the probability for ignition.

Q: Is there a potential for ignition during installation or service?

Jason: The primary area of concern seems to be if ignition of a refrigerant leak could happen during the operation of an A2L unit. As long as the safeties are not bypassed, this shouldn’t be an issue. And there will be all kinds of mitigation and safety features built into the A2L system to shut it down in the event of a leak. Those safeties will all be on board when technicians walk out of the supply house with the equipment. The other area of concern is the potential for ignition during service, and as long as technicians aren’t putting a torch to a line charged with refrigerant – any refrigerant, for that matter -- that won’t happen. It may surprise some to know that all refrigerants will burn, depending on the conditions – even A1s like R-410A.

Q: What happens if an A2L leaks?

Jason: It's called mitigation, and what it does is shut down the system in those types of situations. There's going to be a sensor on the evaporator and one in the condenser, and the refrigerant detection system (RDS) will sniff refrigerant. If it detects it in a sufficient amount, it will prompt the circuit board to do something to shut down the unit. That active mitigation could be initiating a pump down to trap the refrigerant outside in the condenser or turning on the blower motor to move some air through the space. Remember that A2L refrigerants are higher efficiency and have better thermal transfer, so units will have smaller charges.

Q: What are some of the differences between installing an A1 system and an A2L system?

Jason: The installation procedures for A2L and A1 systems are very similar. Many of the differences that do exist are pre-installation safety precautions that primarily involve evaluating the installation site. The space must be large enough and have enough air to keep the refrigerant charge at or below a percentage of the LFL should the entire charge leak into the space. Always defer to the manufacturer’s installation guide and the authority having jurisdiction for specific installation requirements and guidelines, as they can vary.

Q: Can you put an A2L refrigerant into an A1 system?

Jason: No, you cannot retrofit from one refrigerant safety classification to another, that’s against the Environmental Protection Agency (EPA) SNAP Rule 23. So you can't go from an A1 to an A2L, and you can't go backwards from an A2L to an A1. You may be able to reuse line sets, depending on local codes. According to the standards, you can flush the line sets and re-use them so long as you can verify they're clean. Be sure to pressure test them.

Q: Can you top off an A2L system, or do you have to completely remove the charge and then replace it?

Jason: Yes and no. R-32 is a single component refrigerant, while R-454B has a very low fractionation potential, very low glide, so topping off with either shouldn’t be an issue. However, the composition doesn’t matter if there’s a known leak of an A2L refrigerant. If you have to add refrigerant more than once in a three-year period, you have to find and repair the leak, pull a vacuum, pressure test, and then recharge the system. Any leaks will be recorded on the permanent service log that’s attached to the unit.

Q: Do you still charge an A2L system using superheat and subcooling?

Jason: Yes, technicians will still calculate superheat and subcooling, but there will be a maximum allowable charge for the system, and you can't go beyond that. It all depends on the line set and how much refrigerant needs to be added on top of what comes charged by the manufacturer. The manual will spell out the maximum charge size and length of the line set. You may need to shorten the line set – move the condenser closer to the evaporator or look for a different unit -- but you can’t exceed the maximum allowable charge for the system.

Jason: Yes, these refrigerants are still covered under Section 608, so they must be recovered. The A3s such as R-290 and R-600a are exempt, but because A2Ls are HFOs, they are not. Technicians will still need a license to purchase them through a distributor, and there may be additional state or local laws as well.

Q: Do I need to use different tools?

Jason: Yes, some tools will need to be rated for use with an A2L refrigerant, such as gauges, vacuum pumps, and recovery machines.

Q: Will this be the last refrigerant transition?

Jason: That's a good question, and it's hard to prognosticate. Remember that as the GWP of a refrigerant comes down, its flammability goes up. So, if we go to an even lower GWP, that means we’ll have to rewrite building codes and design standards for refrigerants with a higher flammability.