Representatives of one of the country’s major HVAC wholesalers gathered recently to celebrate their successes and discuss an industry landscape that’s changed much since their last such meeting in the pre-pandemic era, barely two years ago.

The Winsupply Inc. biennial conference and vendor showcase in mid-March drew more than 1,600 people to the Gaylord Texan Resort and Convention Center in Grapevine, Texas, just outside Dallas. 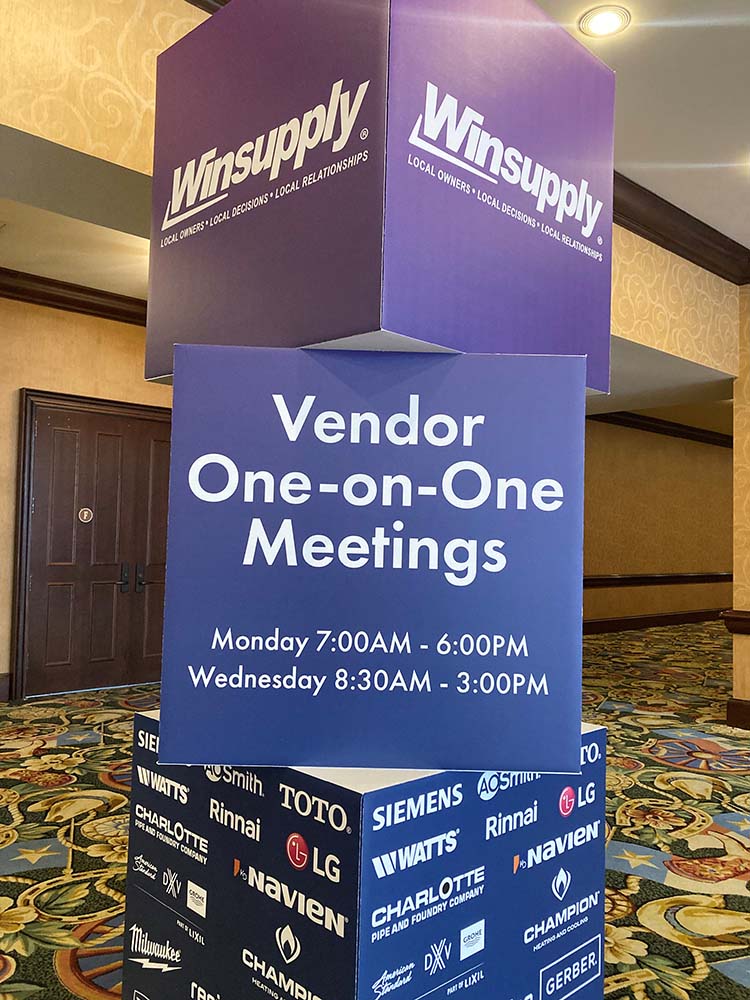 “Everyone was extremely excited to be together again,” McKenzie said during a phone interview. “It was refreshing to see.”

Winsupply is a collection of more than 625 locally-owned distribution companies across 45 states. About 600 company presidents attended this year, in addition to local employees, top executives, about 200 support staffers from Winsupply’s Dayton, Ohio, headquarters, and representatives from more than 160 vendors, who got to show off their latest products and meet individually with Winsupply buyers.

“This is an opportunity for the vendors to meet with the local company owners and to discuss needs in the market, inventory position, jobs, new product offerings,” said McKenzie. 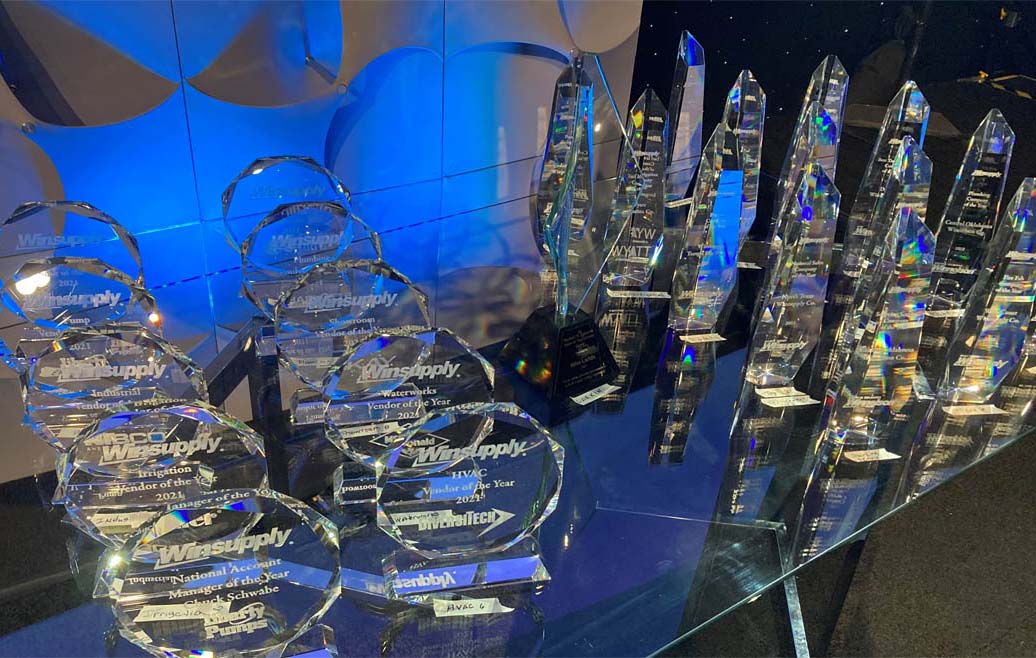 The conference also included an awards ceremony and, instead of a keynote speaker, a town hall that saw support services executives taking questions from local company presidents.

It was the sixth conference for Jake Spitzlberger, the owner and president of Winsupply of San Diego, which distributes HVACR equipment, residential and commercial plumbing supplies, electrical equipment, and other contractor needs.

In an email, Spitzlberger said the in-person conferences are vital for professional development.

“This is a relationship business,” he wrote. “To have personal relationships, experiences and dialogue with peers that experience the same challenges/successes, etc., is what drives our culture forward.”

McKenzie, who has been with Winsupply for 26 years, had several takeaways from the event, including:

Spitzlberger said that for him, the most important lesson in navigating industry challenges that he gained from the conference was having a business plan that gives him a bird’s eye view of his company.

“I am able to more clearly identify objective ‘accomplishments, lessons learned, mistakes, etc.’ that allow for clearer planning and preparation for the upcoming year,” he said.

DiversiTech Corp. was honored as the best vendor in HVAC.

Although Winsupply training events have been held within the last two years, both remotely and in person (last fall, in Denver), the coronavirus pandemic was just starting to hit the U.S. when the last every-other-year conference closed in Nashville in early March 2020.

“When we got back that week, the whole country seemingly just shut down,” McKenzie said.