The “Schlosser Way” or the Highway

A little girl hears the phone ring in the middle of the night, so she gets up, makes her way into the room, and picks it up.

“Schlosser Plumbing, can I help you? Can I take a message?” she asks.

That’s how Garnet Dennis, vice president and co-owner of Schlosser & Associates, started her journey at the company. Originally named Schlosser Plumbing, Schlosser & Associates was founded by Garnet’s father, Paul Schlosser in 1954. The Newark-based, 24-hour business offers primarily commercial services in Delaware, Maryland, Pennsylvania, and occasionally New Jersey. Though growing, the company only works out of one main office, opting for things like construction trailers on job sites if extra space is ever needed — everyone prefers to be around each other rather than having separate office spaces. 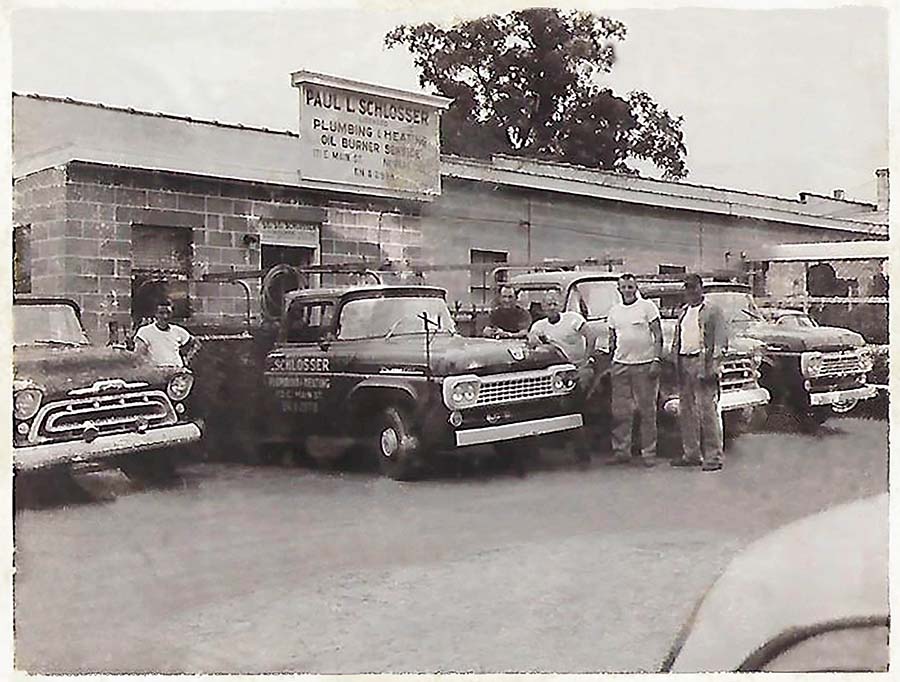 “I think the people are definitely my favorite part [of the job]. The flexibility too, but I just think the atmosphere in the office is pretty good and fun,” said Garnet.

Garnet attended a college in North Carolina, where she met her husband and current president and co-owner of the company, Steve Dennis. Later, in 1992, they moved back up to Delaware together. At the time, Paul Schlosser and Paul Schlosser Jr. —  Garnet's father and brother — were running the business, but the reins were later passed on to Steve after both of them passed away in 2013.

“We really wanted to reflect that we're more of a commercial entity and a community of people working together. Employees indicates that somebody works for me — I want everybody to work with me,” said Steve, explaining the distinction between using the word “associates” to encompass the Schlosser team instead of the terms "management" and “employees.”

Over the years, Schlosser & Associates evolved from a plumbing company to one that provides a diverse set of offerings. From HVAC and plumbing to carpentry and concrete work, Steve said these services offer customers the ability to deal with just one company for all their trade needs, which comes as a benefit when there’s a downturn in the economy.

“We don't hound our guys or stand over their backs — we trust them to do the right thing.”
John Millett,
Divisional manager of operations, Schlosser & Associates

Schlosser & Associates was recognized with a Family-owned Business Legacy Award by the Delaware Business Times in 2019 and was voted Best HVAC Company (2020) and Best HVAC and Plumbing Company (2021) in the Newark Post’s reader polls. According to Steve, having a strong family environment is key to the business’ successful reputation. He explained that since they have been in business for decades, many of their associates are loyal to the company. He explained that there are people who have worked at the company for 40 years and retired, some who have worked for 40 years and are nearing retirement, and some who are younger who they hope are going to work for 40 years and retire.

“We really don't have much turnover, so we're not constantly looking to hire somebody,” said Steve.

Schlosser & Associates takes care of their associates in several ways. According to Steve, the company pays for 90% of their associates’ health insurance, offers a 401K plan that matches 50 cents to the dollar for everything they invest, and provides vacation time. Steve explained that in the construction world, vacation systems are often antiquated, so many of those who came into the company getting five days of vacation from their previous employers now might have 17, 18, or 19 vacation days.

In addition, Steve said the company hosts an annual Christmas party and summer crab feast. These traditions are so beloved by the company that they even hosted them during the peak of COVID-19, with some adjustments to protect the safety of their associates. During the crab feast, they usually have one large tent, but during COVID they put up two additional tents in the parking lot to make sure there was enough space to socially distance. In December of 2020, although they would normally host the Christmas party indoors and bring in pool, foosball, and Ping-Pong tables — and food like shrimp and oysters — they made the decision to hand boxed dinners and the associates’ bonus checks out a window.

Along with these benefits and events, Schlosser & Associates introduced a new program to its associates, which started the first of this year. According to Steve, the Schlosser Way, customer-first program was created to encourage the company’s associates to try and build relationships with their customers and act on behalf of the customers first. 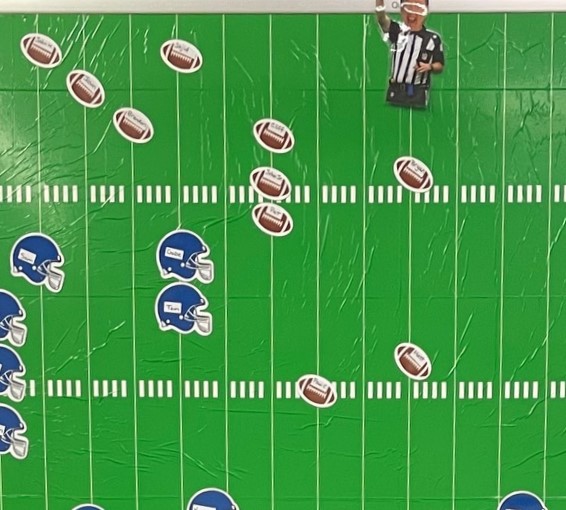 GAME TIME: A customer-first program, the Schlosser Way is represented by an office whiteboard with a football field on it, marked in yards. All the associates have a football or helmet with their name on it, and they earn yards according to their interactions with customers. (Courtesy of Schlosser & Associates)

In the company’s office, there is a whiteboard with a football field on it, marked in yards. All the associates have a football or helmet with their name on it, and every time a customer calls in with a positive review or if the associate manages to secure a new customer, they earn yards. The company recently awarded the first associate to make a touchdown with a football and $25 gift card.

“When somebody does something to gain yards, they're going to get recognition in our employee newsletter,” explained Steve. “We're going to give a $25 gift card every time somebody crosses the touchdown line, so we're expecting to give 100 away a year.”

Though all these activities and initiatives help make the company’s culture stronger, sometimes the unspoken moments are what stand out to the associates. John Millett, divisional manager of operations, said his favorite thing about working at Schlosser & Associates is the freedom and trust that comes with it. Even though they have GPS in the trucks for help when dispatching, Millett said the company does not monitor where the employees come and go. He explained that even when someone makes a mistake, the management team trusts their associates to speak up when necessary.

“We don't hound our guys or stand over their backs — we trust them to do the right thing,” said Millett.