This website requires certain cookies to work and uses other cookies to help you have the best experience. By visiting this website, certain cookies have already been set, which you may delete and block. By closing this message or continuing to use our site, you agree to the use of cookies. Visit our updated privacy and cookie policy to learn more.
Home » HVACR Industry Faces Several Challenges This Year
NewsHVAC Residential MarketHVAC Light Commercial MarketHVAC Commercial Market

The current and future state of the HVACR industry was the topic of a panel discussion at the AHR Expo in Las Vegas last month. Moderator Bryan Orr, host of the popular HVAC School podcast, led the discussion with industry experts who included Mick Schwedler, president of ASHRAE; Stephen Yurek, president and CEO of AHRI; Talbot Gee, CEO of HARDI; Roberta MacGillivray, president of National Air Filtration Association (NAFA); and Dominick Guarino, chairman and CEO of National Comfort Institute (NCI).

Orr covered a wide variety of topics, including the pandemic and supply chain issues, as well as a few of the obstacles that will continue to challenge the HVACR, such as the labor shortage and refrigerant transition.

When it comes to the labor shortage, there is no question that the HVACR industry is facing a huge challenge. Not only is it difficult to attract people to the industry, but many of the current technicians are getting older and starting to retire. 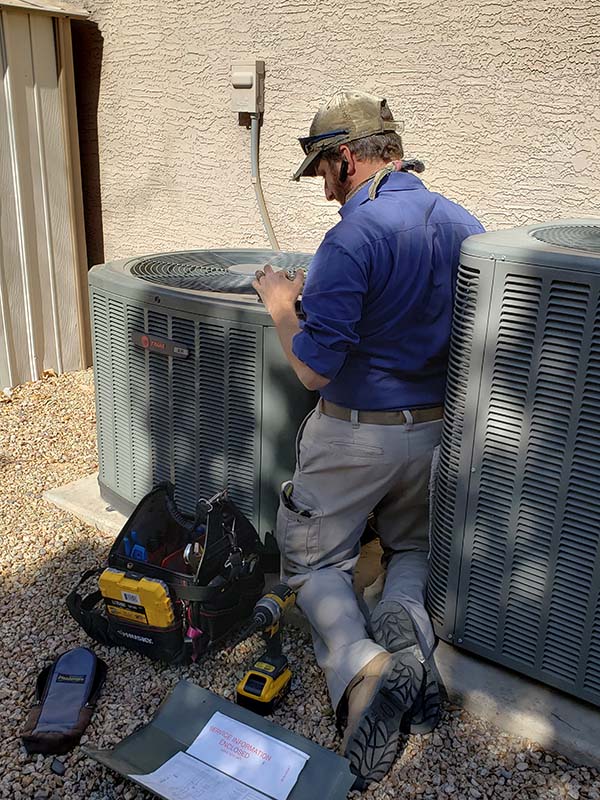 LABOR SHORTAGE: The labor shortage will continue to be an issue, as not only is it difficult to attract people to the HVACR industry, many of the current technicians are starting to retire. (Staff photo)

“We obviously have a lot of challenges overall, what with the gig economy, with folks withdrawing from the workforce, and the great resignation,” said Guarino. “And for our industry and our technicians, we have an additional challenge. And that's the huge gap between the skills that our industry currently has, and what they really need to have moving forward. I think the challenge is going to be how to narrow that gap, and we need to do it quickly.”

One way to narrow that gap is to redefine the technical workforce and change the narrative. At the contracting level, that means making sure technicians are becoming craftsmen rather than tradesmen, said Guarino. He added that while trade schools teach the basics of the trade needed to get people started, it does not make them professionals.

“I think all of us in the industry need to focus on raising that bar from tradesmen to craftsmen and helping to organize training throughout North America, and doing it in a in a more concerted fashion,” he said. “As an industry, that's our challenge: to start working together more from the training standpoint, coordinating better. The career path needs to be clear, as well as the compensation that goes with it.”

Another way to attract new people is to focus on what is important to them, as well as the exciting things going on in the industry. Schwedler said he got a reality check when meeting with students in Florida who were studying HVACR. While he was talking to them about the importance of air conditioning and Btu, they were interested in something else completely.

“I saw their faces, and I realized I was using the wrong language,” he said. “So I changed to, what do we do [in the HVACR industry]? We make buildings sustainable. We make them resilient. We reduce the energy utilization, intensity, and environmental emissions. Our industry helped mitigate a global pandemic by keeping vaccines cold and their efficacy high. About 40% of the world's food spoils from the field to the table, and we reduce that and keep people safe and healthy.”

People also want to be treated fairly and feel like the company they’re working for wants them to succeed. In this historically tight labor market, that means getting rid of the trial-by-fire mentality that many contractors and distributors have, said Gee.

“Some want to just throw people into the job and see if they sink or swim,” he said. “They think, ‘they're going to learn the tough way, the way I came up’ and all that. Honestly, it just doesn't work with this workforce — they have too many other options. And if you put them in a position to fail, they're not going to endure that very long.”

Instead, business owners should prove to employees from day one that they are investing in them and that there is a plan for growth. Gee said that if owners do that, as well as create a career path for everyone, then employees are likely to be very loyal.

“There are a lot of things you can do, but for some reason, our industry doesn't tend to do them very well, just in terms of helping yourself as an employer and being an attractive employer,” he said. “If you get rid of the trial-by-fire theory and create an absolutely rock solid training program, your retention rates will go through the roof.”

Yurek agreed, noting that change has to happen, because contractors will not be able to find workers from the same places they found them before, such as trade schools. And it is not tenable to simply keep poaching from other contractors, manufacturers, or distributors.

“Contractors need to have their own training programs to bring these people in and show them why they should want to come and work for their company,” he said. “Show them how they can have a better life and how they can help other people's lives to be better.”

As for supply chain issues, which have been causing difficulties for the HVACR industry for almost two years, those problems will likely not be ending this year, said Gee. 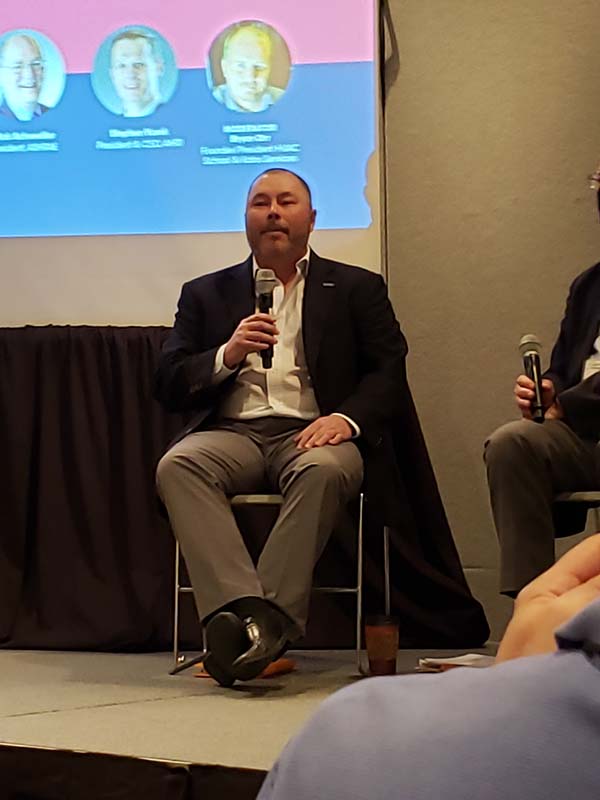 ONGOING CHALLENGE: According to Talbot Gee, CEO of HARDI, supply chain issues will continue to be a challenge for the HVACR industry in 2022. (Staff photo)

“Manufacturers deserve a ton of credit for whacking a different mole every day to try and figure out how to get products made and out,” he said. “But this isn't going to fix itself this year; it's going to continue to be a tough year. And even if you can build it, can you find a way to ship it? And then for my distributors, most of them have had to lease, buy, or build more space for more products. And contractors have had to be a lot more flexible, too. The time when you want to have it, you can't get it then or exactly what you want, so you have to find a way to sell something else. So it's going to be a tough year again in 2022.”

Gee went on to say that he hopes one of the results of the supply chain issues we’re seeing is to have manufacturers find more ways to locally source and assemble their products. He also believes that it is important for the industry to build more resiliency into the system, rather than rely on just-in-time. “We all got addicted to just-in-time as an industry. Hopefully, we learned some lessons here and we built more resiliency into it, so everyone maintains a little bit better stock.”

The supply chain issue could also improve if there were more communication between contractors and distributors. As Gee noted, the HVACR industry doesn't always communicate very well throughout the channel. In addition, there is very little visibility throughout the channel, which makes forecasting and demand planning extremely difficult for distributors, manufacturers, and everyone else.

“If you’re a contractor, you have to communicate,” said Gee. “In this industry, there's a tendency for people to keep things really close to the chest and not want to share opportunities and other things coming down the pike. You can't do that anymore. You must communicate, because things aren’t equal anymore. Customers who communicate, partner, and work with their suppliers and their vendors go to the front of the line. If you're a large volume customer, but you're very erratic with your ordering and not very transparent, you get knocked down the list, because you're just really hard to serve when I can't guarantee that I can get the product all the time.”

Besides the supply chain, the refrigerant transition will be another challenge for the HVACR industry. As many already know, HFC production is being phased down and for many comfort cooling applications, mildly flammable (A2L) refrigerants will likely take the place of R-410A. That could happen as soon as 2025, if EPA follows the requests of the HVACR industry and others. Because A2L refrigerants can’t be retrofitted into existing units, there will be a raft of new equipment hitting the market in the next few years. 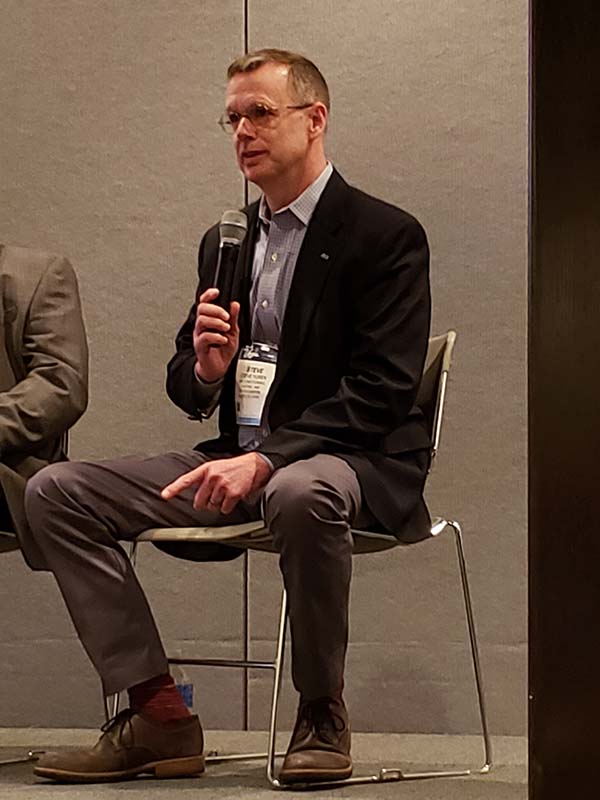 REFRIGERANT TRANSITION: Stephen Yurek, president and CEO of AHRI, said the refrigerant transition is not going to be as complicated as some may think. (Staff photo)

“This will all be new technology, and all of it requires people to understand what these changes are and how best to do it,” said Gee. “This will require training, but there are programs out there. The industry supports it, so all the manufacturers and distributors have training programs, as do most contractors. There are resources out there to help you develop a program, but business owners have to take that responsibility and be the trainers, rather than relying on a trade school.”

Yurek doesn’t believe the refrigerant transition is going to be as complicated as some may think. “We've been very successful in getting codes taken care of, and the difference between the current A1 refrigerants and the A2Ls that are being considered for most products, there is really no difference. There will be some changes in equipment and other things, but the safety, the flammability, all that is very manageable. We've shown that these can be used safely, just like the A1s, but it is going to be different technologies, which can be a little bit different.”

The HVACR industry also showed that it could come together and formulate a plan for the transition to lower-GWP refrigerants, and if the EPA adopts it, that will be a good thing, said Gee.

“With the exception of the cylinder ban, this plan is about as sensical as it probably could be,” he said. “This is going to be a challenge one way or another, but you should all know, it could have been a whole lot worse. But we'll get through it, and we’ll be all right.”