Propane is a byproduct of natural gas and petroleum production. Most people think of it as an alternative to charcoal for grilling or a way to heat rural homes. The Propane Education and Research Council (PERC) wants the gas considered as part of the solution to the nation’s climate concerns.

That’s the message delivered by Bryan Cordill. Cordill took over as PERC’s director of residential and commercial business development. He’s now spearheading a campaign to reposition the industry with the tagline “Propane Energy for Everyone.” 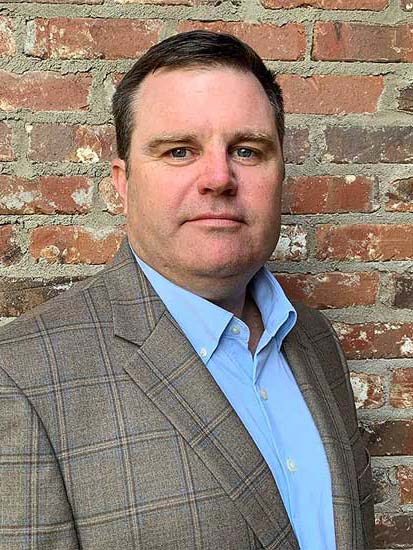 LIFE EXPERIENCE: Bryan Cordill, director of residential and commercial business development for the Propane Education and Research Council, has spent most of his life in the propane business.

Cordill grew up in the propane business, managing the residential business at his father’s firm until it was sold six years ago. He then worked at a consulting firm that specialized in business transitions. When one of the partners died, that firm transitioned to new owners and Cordill moved to PERC.

He returns to the propane industry at a time of strong growth. In the past, Cordill said, propane demand mirrored the weather, with lower temperatures equating higher sales. Sales are now independent of the weather, he said, and recorded sustained growth for the last few years.

“Where we are seeing growth exceeds what we would have expected based on the actual temperatures experienced,” Cordill said.

Much of that comes from the growth in water heaters and, more recently, outdoor living. Cordill and PERC see even more opportunity for growth as part of the push to lower carbon emissions. Many people see the path forward toward that goal as increased electrification. But Cordill said there are drawbacks to that approach.

“Those electrons have to come from somewhere,” he said.

Transmission Remains a Problem for Electrification

That usually means a plant miles away from people’s homes. Almost two-thirds of the power generated never makes it to the plugs in those homes, Cordill said. That’s true whether the power comes from a coal-burning plant or a solar farm.

“Everything we can talk about has an environmental and economic impact,” Cordill said. ”Our hope is that we can reach an agreement that we play a part in being the most economical and the least impactful.”

Heat pumps provide an example of how propane can play a role in economically helping the environment. As demonstrated in Texas last winter, trouble starts when the electric strips used to provide heat become overwhelmed. A hybrid unit using propane solves this problem by switching to the alternate heat source at a lower temperature. A propane furnace only uses 10 or 12 amps, compared with 180 for the electrical strips in a traditional heat pump. This helps reduce electrical use, protecting the grid. It even helps homes that use direct solar power, Cordill said.

Propane Grows in Popularity as People Move Away From Cities

The market for home use is growing as more people move out of the cities following the pandemic. Cordill said he knows of entire developments being built with single-source propane distribution, just like natural gas lines. These new developments have specific furnaces, water heaters, and other equipment installed by HVAC contractors. For example, propane uses a higher pressure flow than natural gas, so the proper settings are needed for furnace installations.

That’s why Cordill said HVAC contractors need to work with the propane industry. Propane companies have considerable experience in presenting consumers with new comfort options. He points to the success in promoting propane-fueled tankless water heaters.

“The propane industry really understand how you marketed those appliances,” Cordill said. “Not by one size fits all, but by really helping to design the system.”

PERC wants HVAC contractors to become familiar with propane-fueled equipment and then share that information with consumers. Many will find long-term benefits.

“We want to empower them to tell that story to consumers,” Cordill said.