This website requires certain cookies to work and uses other cookies to help you have the best experience. By visiting this website, certain cookies have already been set, which you may delete and block. By closing this message or continuing to use our site, you agree to the use of cookies. Visit our updated privacy and cookie policy to learn more.
Home » Motili, EER Partner to Bring High-Efficiency Heat Pumps to Rural Midwest
NewsHVAC Residential MarketAir-Source Heat Pumps

High-end, high-efficiency HVAC may be making the headlines, but in parts of the rural Midwest, many homeowners still rely on propane or fuel oil to adequately heat their homes. It’s expensive, but in the absence of natural gas pipelines in rural areas, it’s often the only option.

“It's not cost-effective to run gas lines upfront,” he said. “So they end up on propane, which is a very high cost to the residents.”

To address that problem, EER is collaborating with Motili, an HVAC technology company owned by Daikin and Goodman, to provide and install modern, highly efficient heat pumps and electric systems for low-income homeowners in parts of the upper Midwest. The efficiency program is installing 18-SEER variable-speed heat pumps by Amana.

“The systems that we're replacing are significantly less efficient,” said Filek. “It depends on the houses, but we're seeing things in the 10 and 12 SEER range that we're taking out of these homes.”

“It certainly has come a long ways,” said Filek. “Ten years ago, I would have been pretty hard pressed to have a conversation about heat pumps in the Midwest — especially the Michigan, Wisconsin area — but now I have absolutely no issues with it. The efficiency gains that we’ve seen in the last several years, and what the output of these units can be at such low temperatures — some of it’s mind-boggling.”

The program supplies the equipment at no cost to these residents, providing them with lower monthly bills without any large expense. A local utility company is also part of the partnership.

“They're seeing their energy bills reduce fairly dramatically as part of the program, which just gives them a little bit more of a leg up,” said Matthew Sallee, vice president, sales, Motili. “In this pandemic world that we've been in, this kind of thing is really good news.”

One woman texted Filek that after her new system was installed, her heating cost was only about half of what it was the month before.

“Simple math says you’re talking about $500 saved that she would have had to spend,” Filek said. “She literally started crying with excitement. The impact it’s made on their lives … it’s just mind-blowing. We’re helping hundreds of underserved households primarily heat, but also cool, in a way that is good for their budgets and the planet. It’s been really humbling, and it’s exciting to be a part of.”

Through this heating/cooling system replacement program, Motili and EER are beginning to electrify the grid. HVAC systems are some of the largest energy consumers and emitters of carbon dioxide. Tackling climate change and supporting green energy initiatives is a key aspect of President Biden's ‘green power revolution’ plan, with a call to shift to greener energy over the next eight years. 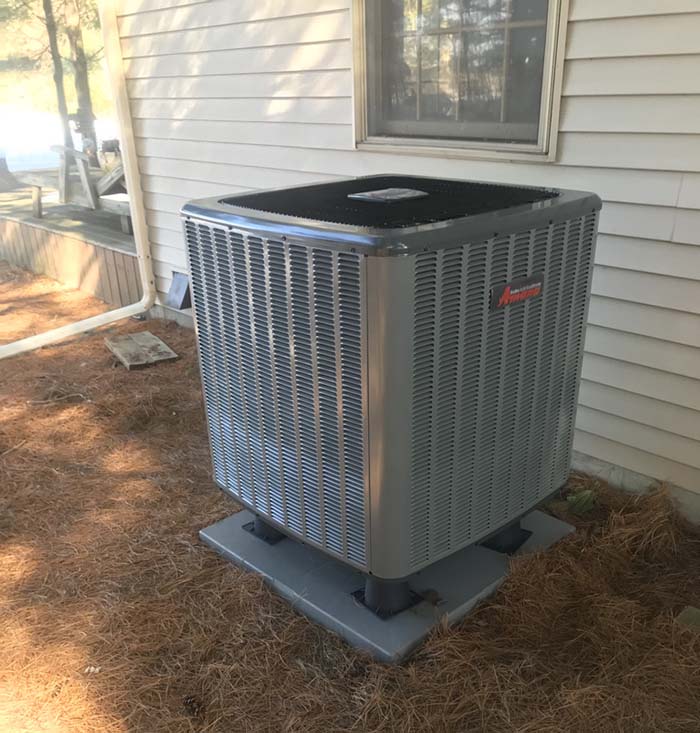 “The trend of electrification goes all the way down into the residential unit in terms of the benefits that are experienced,” said Matthew Sallee, vice president, sales, Motili.

“The state of Michigan just announced that by 2025, their federal buildings will be all renewable energy,” Sallee said. “Whether it be solar, wind, all of those are going to come from a place of electricity. We’re seeing this in our world as well, with the moratoriums on natural gas and fossil sources at the utility level in a variety of areas across the country.

“It's pretty hard to be renewable with gas-fired furnaces,” he continued. “By moving to an electric-based system, it supports renewable integration, and it allows the utilities more flexibility with grid management over time. The trend of electrification goes all the way down into the residential unit in terms of the benefits that are experienced.”

“I think it's an opportunity to look at the new equipment that's out there and look at these efficiencies that are available,” he said. “There's going to be some major trends of moving away from fossil fuels and into these new systems. I think those are inherent opportunities for the industry and for contractors to learn about new equipment and train themselves on heat pump-based, inverter-based systems. Because that really is where a number of major metropolitan and utility programs are going. I think it represents an opportunity for savvy contractors to stand above their competition and offer something unique in their markets.”