Make Sure the TXV Remote Bulb Is Properly Placed

Poor thermal contact with the suction line can cause problems

The thermostatic expansion valve (TXV or TEV) is a metering device located between the refrigeration system’s liquid line and the evaporator. It is a rather complex valve with a remote bulb feedback mechanism, which constantly tells the valve how full or void the evaporator is with vaporizing refrigerant. This article will explore the remote bulb and its proper placement on the system’s suction line.

The TXV is a dynamic valve that constantly modulates and meters just enough refrigerant into the evaporator to satisfy all heat loadings on the evaporator. A conventional TXV is shown in Figure 1. The basic TXV will control a set amount of evaporator superheat under varying heat loads. Three of the main functions of the TXV include: 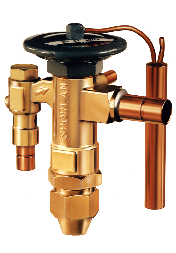 Remember, the main function of the TXV is to meter the right amount of refrigerant into the evaporator coil under all heat loading conditions. By doing this, the valve controls a set amount of evaporator superheat to maintain an active evaporator and keep refrigeration and air conditioning systems running safe and efficient. It is important to remember that TXVs don’t control evaporator pressure, cycle the compressor, control system running time, or control refrigerated box temperatures.

The pressures acting on the TXV’s moveable diaphragm are: 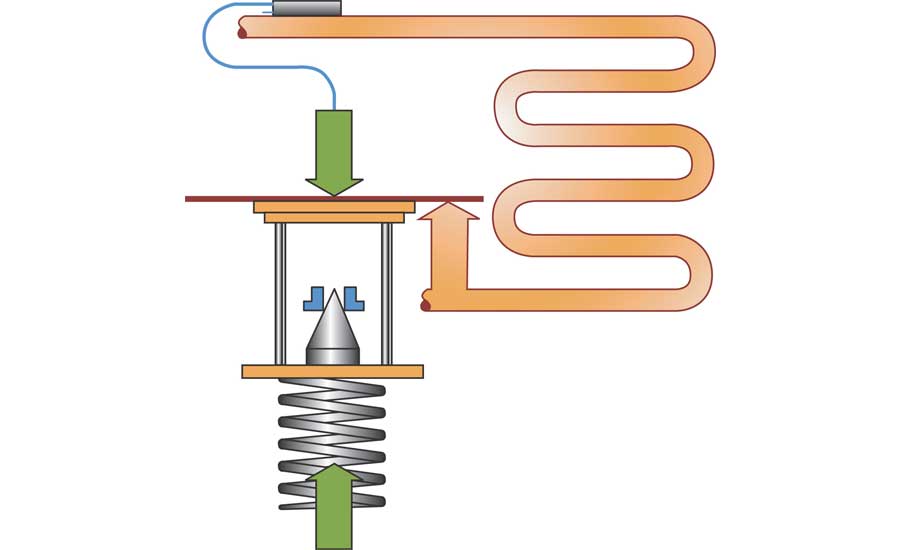 The higher temperature sensed by the remote bulb will cause a greater opening force on top of the TXV’s flexible diaphragm, causing the valve to open too far. This can cause the evaporator to lose all of its superheat and may even flood the compressor with liquid refrigerant. A telltale sign of this is a cold and sweating compressor crankcase. Temperatures and pressure readings in the evaporator will also show no evaporator superheat and a higher-than-normal evaporator (suction) pressure.

Remote bulbs come in a variety of charges for special applications. Please consult with the TXV manufacturer for specific information on remote bulb charges.

Spring pressure is preset in most valves by the OEM for a predetermined amount of evaporator superheat, usually between 6° and 10°F, depending on the system’s temperature application. This spring is often referred to as the superheat spring, since it is the only way a technician can change the amount of superheat in a TXV system. Increasing the spring tension by turning the spring adjustment clockwise will tighten the spring. This in turn will give the TXV more closing force and cause the superheat setting to increase, which will give the system more operating evaporator superheat.

There are some TXVs on the market whose superheat springs are non-adjustable and come with a set amount of superheat that cannot be changed by a technician. These TXV are usually used in applications where superheat settings are critical for proper performance as in some ice maker machines.

Understanding how the TXV works will help technicians ensure it is installed and functioning correctly.